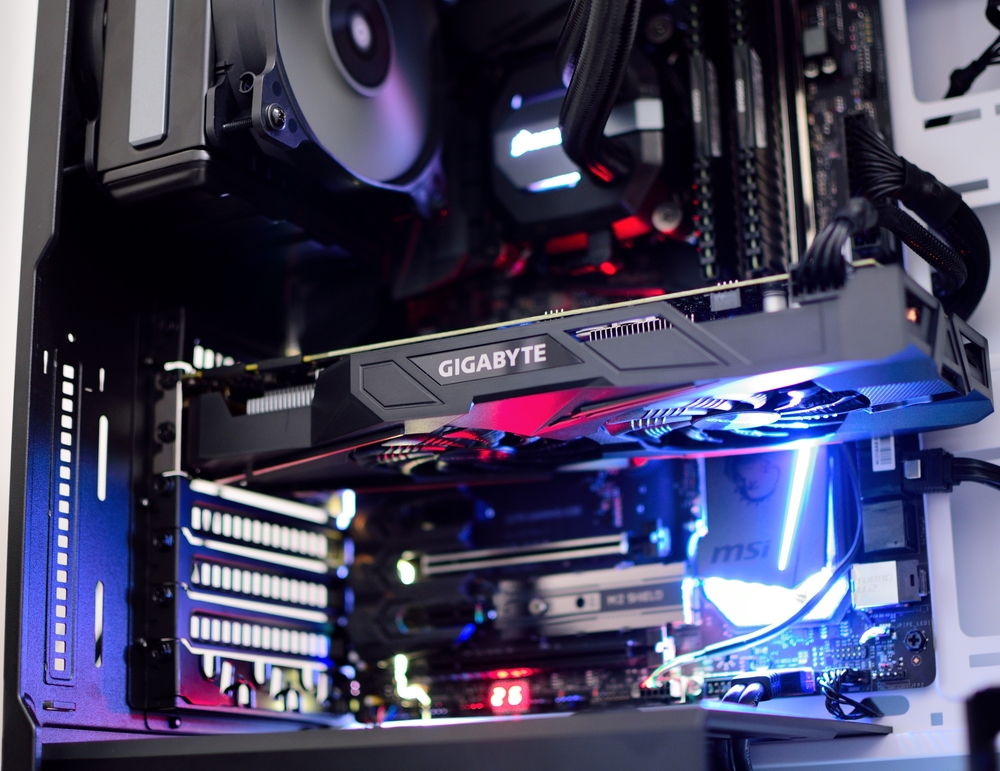 Gaming is one of the best things you can do with a computer, but doing so typically makes your PC feel like a space heater. Unfortunately, most CPU coolers not only make your PC sound like a jet engine but are also quite large. You need the best low profile CPU cooler to add to your PC.

When it comes to computer gaming, you want something that works wondrously but doesn't break the bank. Building and owning a PC is expensive enough without worrying about your CPU cooler.

While liquid coolers are really cool (sorry) and really work, they are also quite expensive. And cooling fans can have limited potential but are continually improving and far cheaper and easier to install.

But before you pick the best low profile CPU cooler, you need to know what a CPU cooler is.

What Is a CPU Cooler? 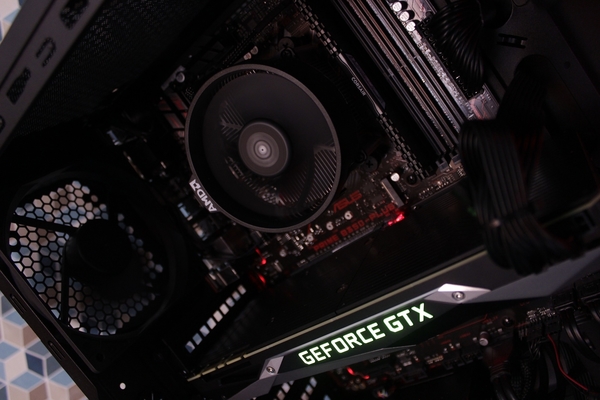 In short, a CPU cooler is a fan that is meant to cool down your CPU to prevent it from overheating. Now, typically computers include a CPU fan with any tower purchase, but these stock coolers are never that good, and they're too loud.

The last thing you want to do is listen to your computer sound like it's going to take off and fly back to China.

Liquid coolers are becoming more and more popular, but are just as expensive as ever. These use a cooling liquid or water to keep the temperature of your CPU low. And yes, they look so cool.

But the average gamer may not be able to afford one of those. Plus, they would rather put that money toward the games they really want.

So a cooling fan is typically the way most people go. But now the issue becomes: Can you find a fan that is quiet and small enough to fit in your case so you have room for other cool stuff?

That's where the best low profile CPU cooler comes in. These guys are not only small but quiet as well and can work just as well as those big blundering ones.

CPU coolers all consist of the same components. The difference between them is how well they utilize them and deal with the heat from your rig. Cooler components include a heatsink, heat pipes, a base, and of course, a fan.

What does low profile even mean?

Today, most people don't use those big towers anymore. They've switched to a more compact style which makes managing space and wires a whole lot easier.

However, a smaller case requires more airflow as heat will build up much more quickly.

To give you the best cooling and heat-conducting possible, many fans will be pretty big. There has to be enough power and space for everything to work to its maximum potential. But, while low profile fans will not be as powerful as bigger ones, they can work just as well.

A low profile fan will differ from a stock fan mostly by size but also sound. The term low profile means that it is less noticeable than the standard.

That's a feature many gamers love, as it minimizes noise and allows them to use a smaller case, which takes up less space in their set up.

How to Choose a CPU Cooler

You need a cooler that not only fits your rig, but that can also handle the power and heat your PC will generate.

Here are some quick tips to keep in mind when shopping for the best low profile CPU cooler.

While we haven't personally tried these CPU coolers, you can be sure that all of the information here is accurate and thorough.

That's because we take data from multiple accredited sources, including their Amazon product page, quality reviews, and the product site as well. Real user reviews are considered essential.

We want to make sure that this best low profile CPU cooler list gives you all the information you need to make the right decision, and transparency is vital.

There are a lot of great CPU coolers, but the ones that we feature on this best low profile CPU cooler list are some of the highest-rated coolers on Amazon. If anything, these will give you a baseline to compare your other findings.

These coolers will most likely be able to fit any rig, big or small. However, remember to know your measurements before jumping to buy.

One of the best names in CPU cooling technology, the Noctua NH-L9x65 is pretty awesome. It's compatible with just about any AMD and Intel socket, which makes it a nearly universal cooler. The L9x65 is incredibly quiet, with a noise generation of 14.8 to 23.6 decibels.

However, this model is rather bulky for a low profile cooler. That's because the heatsink is pretty big, which also accounts for the low noise generation of this particular cooler. It weighs 413 grams (g) and measures in at 95x95x65mm.

Overall, it's a pretty good little cooler, with a 4.5 out of 5.0 star rating on Amazon. However, it does require an additional AM4 socket, which is sold separately.

While it may look more stock than others, the Scythe Big Shuriken 3 performs wonderfully. The cut-design of this fan gives more clearance and avoids confliction to the memory or other components on the motherboard.

The super-slim 15mm fan makes for quality heat control, and a wide-spaced heatsink with 5 heat pipes ensures that your rig will remain cool.

Coming in at 69mm in height and having a 4.6 out of 5.0 rating on Amazon, makes this compact fan a good choice for the best low profile CPU cooler.

If you're someone that holds aesthetics in high regard, this is the fan for you. While compact, coming in at 74.5mm in height, it does sit a bit higher. That's because instead of a heatsink, the Cooler MasterAir G100M features a heat column.

It's compatible with all Intel and AMD systems right out of the box and has an RGB controller for easy customization. It also has a 92mm fan, which is slightly larger, but definitely powerful.

If you have the room for it, it could prove to be one of the best fans you'll ever own.

Surely, a 4.4 out of 5.0 star rating speaks for itself in regard to how much people like this fan.

The all metal, circular design of the Thermaltake Engine 27 definitely makes this a beautiful little fan. Although it seems to be lacking in the power department, it's still capable. The unique design expels hot air around it, instead of from the bottom, like most coolers.

It's a cool design, but it lacks in the compatibility department. There's no AMD support, which is greatly disappointing. However, if you have an Intel, you will probably love the 13 to 25 decibels this puts out.

This is another Noctua line CPU cooler, but this one is slightly better than the previous model. It's much more compact than the L9x65, and just as powerful.

Also, it's as quiet as the other model, but it suffers from the same drawbacks as the L9x65.

This cooler requires an AM4 socket mounting kit, which is sold separately. So why pick this one over the larger model? For exactly that reason -- the size.

The L9i is much smaller than its upgrade and it's just as good, if not a bit noisier.

But the size seems to win over with the NH-L9i receiving a 4.6 out of 5.0 star rating on Amazon.

Another RGB cooler, and second in the Cooler Master line, the Geminll features a smaller heatsink than others. That may be perfect for those looking to save space, as the overall size of this cooler is 62.7mm in height.

The blades size in at 15mm, making them incredibly small, yet powerful.

However, there doesn't seem to be an RGB controller with this model, which means you're stuck with just the R setting.

It also doesn't seem to be as popular as the previous model, while receiving a 5.0 out of 5.0 stars on Amazon, but from only one customer.

As quiet as it is small, this fan only puts out 13 to 25 decibels. And with an aluminum alloy and copper structure, it can handle heat just as well as the big boys.

While it only supports Intel systems, that didn't stop it from getting a 4.1 out of 5.0 star rating on Amazon. If you want something quiet, small, and powerful, the Rosewill is your fan. 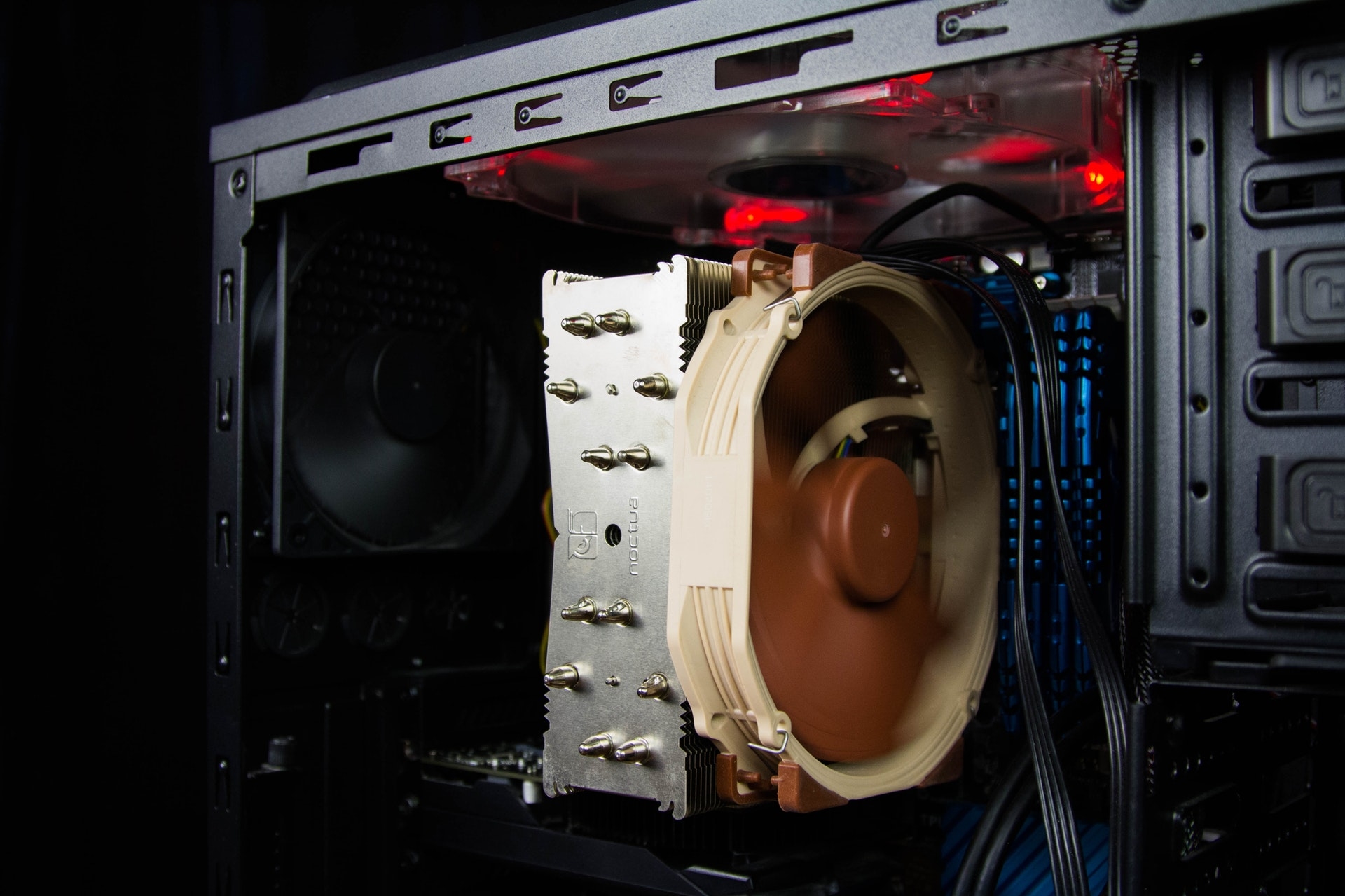 Space-saving doesn't have to come at the cost of your PC's performance. There are plenty of CPU coolers to choose from that will be able to fit any size compact rig. That will give you gaming at it's best, with the size and performance you want.

However, be sure to keep an eye on your own measurement restrictions and system requirements. If you don't, you could end up with a cooler too big or not compatible with your system.

The best low profile CPU cooler will be able to meet all of your needs without breaking the bank.

What fan are you currently using? Have you found yours on our best low profile CPU cooler list? Let us know in the comments!

Pat Sands
Related Items
← Previous Story Mini ITX vs. Micro ATX: What You Should Know About Each