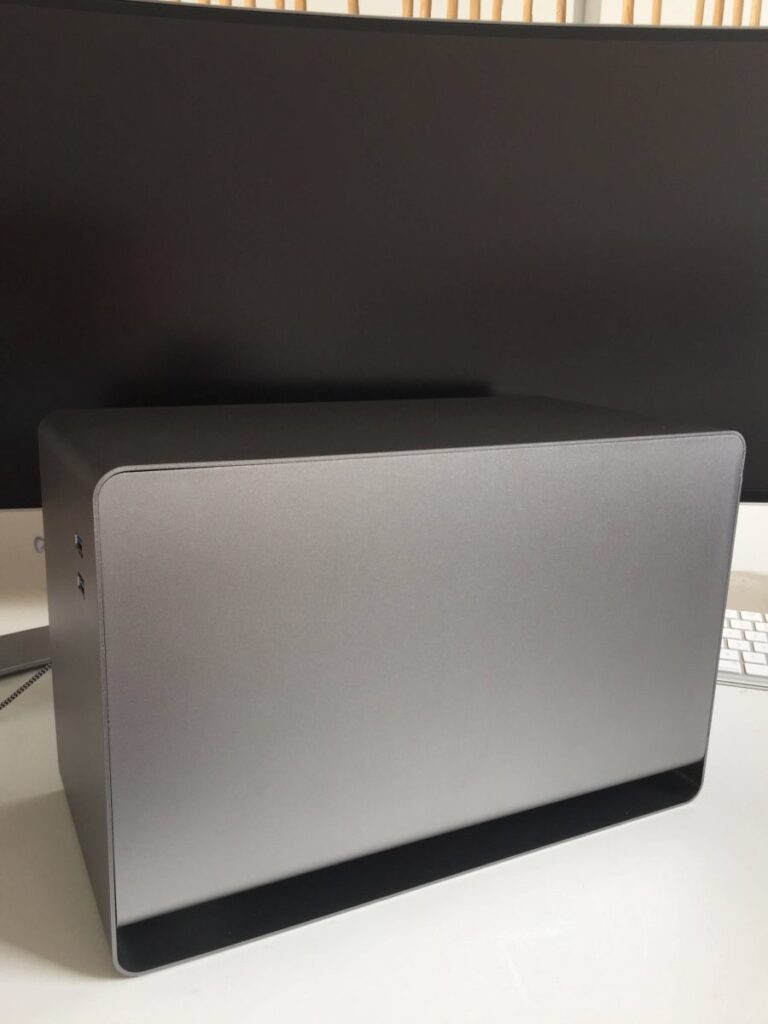 Laptop users have a significant limitation when it comes to the performance and upgradability of their machines. People looking for high-performance laptops are met with costly products that often don’t justify their purchase, since, form the same price, you could get an even better desktop.

Nonetheless, desktops are just out of the question for some, and there is where the external GPUs play their role. When your laptop isn’t just enough to deal with more demanding games or apps the eGPUs enables you to connect a more powerful graphics card to your machine, combining portability with high performance.

A robust application of this technology is the Manriz MZ-02 eGPU that not only provides a hub for an external graphics cards but also functions as a USB and SSD hub complementing your laptop.

The first thing you should know before you enter the world of eGPUs is that, since the power transfer between the device and your laptop, it uses Thunderbolt technology, specifically thunderbolt 3. So, if your computer isn’t compatible with thunderbolt you might have to look for an upgrade. 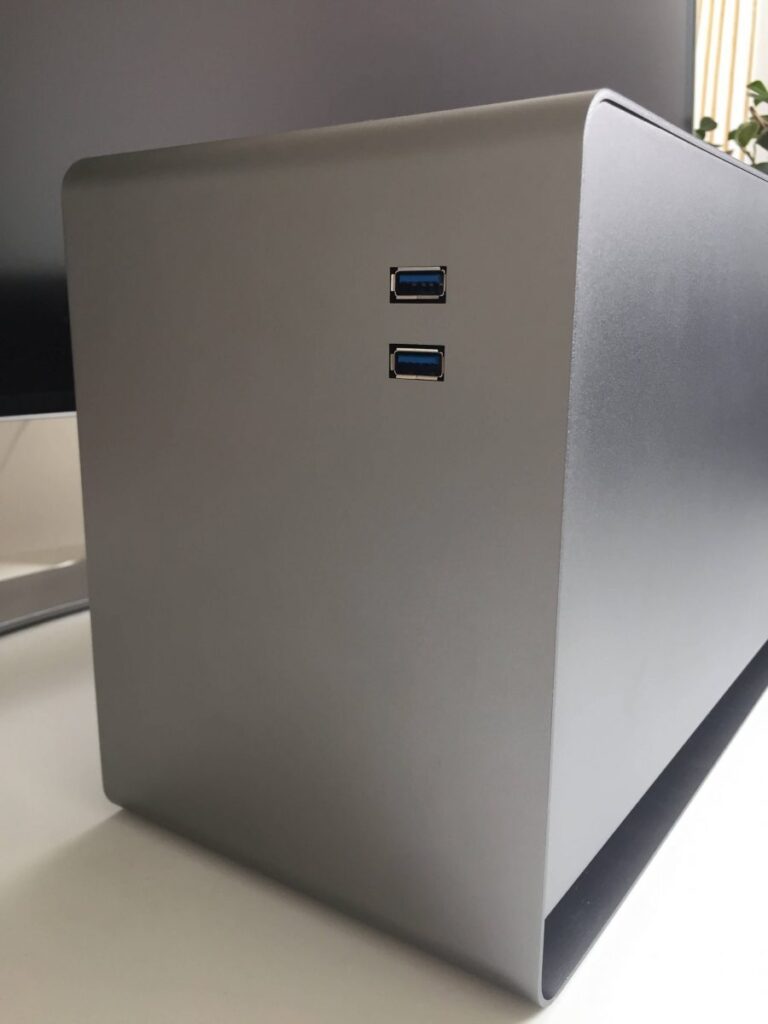 The first thing that will claim your attention when you look at the Mantiz eGPU is their minimalistic aluminum design that is rather professional looking – we like it. No fancy LEDs or odd box shapes, just a non-intrusive aluminum box that will blend very well in professional environments.

Mantiz MZ-02 comes with five USB3.0 type A ports, a Gigabit Ethernet port and one SATA for your SSD. Obviously it has a PCI-E slot for your GPU and consumes 375 W of power, 87W of which goes toward recharging your laptop.

As I aforementioned said, it also functions just like a hub for you thunderbolt 3 laptop, which is excellent since, if you’re looking for external Thunderbolt 3 hubs, you’re already looking for a price tag comparable with the Mantiz MZ-02, and the later is an eGPU! 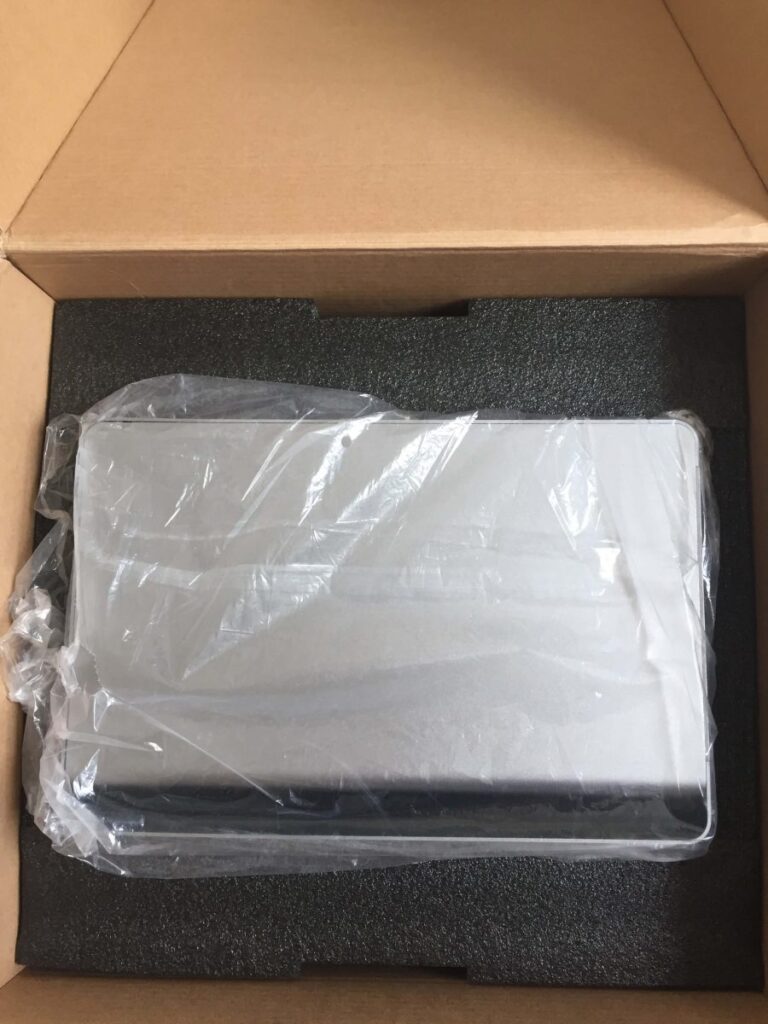 The installation of the Mantiz MZ-02 drivers is going to vary depending on the operating system you are using. With MacOS the Mantiz is pretty much plug and play, with the OS automatically detecting and starting the GPU. However, with Windows 10 devices the Mantiz has reportedly shown some problems with a recognition by the OS and the installation of both the Mantiz and the GPU drivers. Nothing you can’t resolve, but it can be a bit of a hassle to get appropriately working.

In conclusion, the Mantiz MZ-02 eGPU is an excellent option for laptop users who want more performance of their devices, be it for gaming or professional uses. It has a fantastic aesthetic, clean and professional that is adequate for work environments. Besides being an eGPU, it functions as a docking hub for you’re thunderbolt 3 laptop, which considering the price adds a lot of value to it.

For the price tag of  $400, the Mantiz MZ-02 seems like a no-brainer for an eGPU, but since you still have to have Thunderbolt 3 laptop, which can go into the thousand dollar mark, a Thunderbolt 3 cable, and a GPU, which can cost from $300 to $1000, the final cost can get pretty expensive pretty quickly. That said if you already have either a GPU and/or a laptop, the Mantiz MZ-02 is undoubtedly an excellent choice to consider when compared to its competitors.