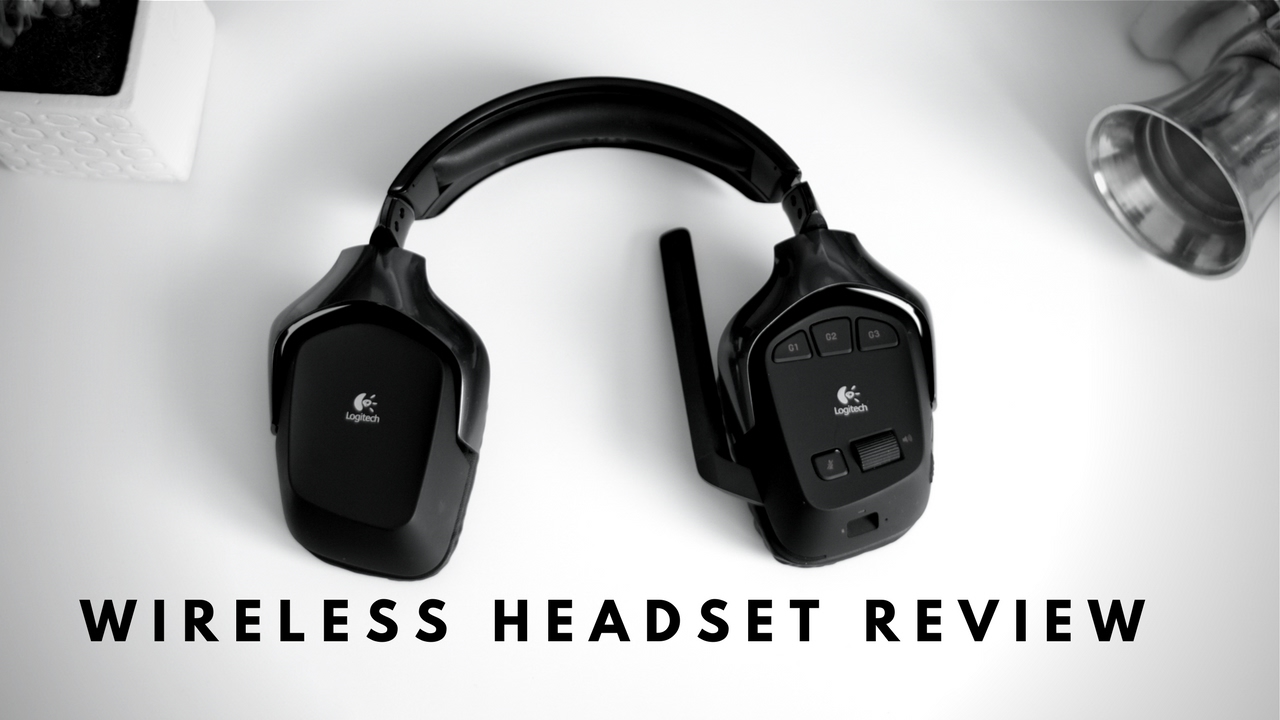 20 years ago, there wasn’t a good reason to wear headphones while playing video games unless you needed to drown out all other sound from your house. As binaural audio technology and video games have continued to improve, however, sound cues have become an increasingly important part of playing any competitive video game, and investing in a good headset is the only way to ensure you can every sound.

If you don’t already own one, you should definitely invest in a high-quality gaming headset. You need a headset that not only allows you to hear all the different sounds in-game, but also allows you to communicate clearly with your teammates. If you’re in the market for a new gaming headset, check out our Logitech G930 review.

What Is a Gaming Headset? 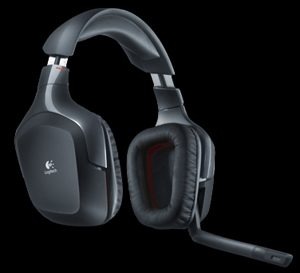 Video games used to be simple, with most of the praise for audio composition going to the creators of the soundtrack. At this time, it was perfectly acceptable to use your TV speakers for game audio since hearing clearly only served to enhance the feel of the game. Newer games use binaural audio technology, which can actually tell you where sounds are coming from. If you’re playing an intense survival game and somebody is creeping up around the corner, you’ll hear where their footsteps are coming from and how close they are. This is incredibly useful when it comes to games such as Fortnite and PUBG where stealth is very important.

So, where does a gaming headset fit into all this? Well, the only way you can truly know where your game audio is coming from is if you have a headset that can play that audio properly. Gaming headsets are designed with powerful drivers and Dolby Surround Sound technology built right in, so you can hear your sounds loud and clear. They also have other great features such as noise-cancelling microphones to keep background noise at bay and in-line controls so you don’t have to interrupt your game. 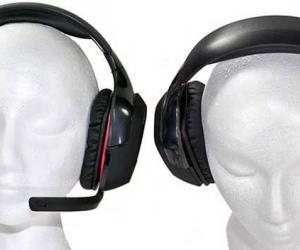 The Logitech G930 is a high-end gaming headset from Logitech’s G line of products. It has the same large, bulky look that many gaming headsets have, with the main focus being on creating a comfortable headset that you can wear for hours without making your head or ears sore. It also has a bunch of other handy features to help you focus on your game and not on your headset.

Since this is a wireless headset, you’re going to have to charge it every so often. According to Logitech, the G930 headset has a battery life of up to 10 hours. If you frequently play for 10 hours or more and need a headset that can keep up with your marathon gaming sessions, you might want to consider opting for a wired headset instead of this one.

Where this headset really shines are its mic and earphones. The earphones on this headset feature large drivers with a high frequency response range for clear, powerful sound. A cardioid, unidirectional microphone focuses only on picking up sound that comes from your mouth and not from any other direction.

While Dolby technology and the brand you choose both affect sound quality, the biggest thing you need to look at to determine sound quality is the specifications of the headphones. The Logitech G930 features two 40mm drivers with a frequency response of 20 Hz – 20 KHz, and an impedance of 32 Ohms. 90 dB SPL/mW sensitivity means you’ll hear every sound clearly, which is particularly important when you’re looking at a gaming headset like this.

The ear cups are made of a soft leather material (we’re not sure if it’s leather or some type of synthetic leather) that’s designed to give you a cushion-feel that won’t hurt your ears. However, leather ear cups like these often make you sweat a bit more, so that’s something to keep in mind before buying the Logitech G930 headset.

The microphone in your headset determines how well your friends can hear you and how much of your background noise they’re subjected to. If you’ve ever been in a party where somebody has music or a TV blasting in the background, you know how difficult playing your game can be with all that background noise. The Logitech G930 features a unidirectional cardioid mic that’s designed to pick up sound that comes from you and nowhere else.

A frequency response of 50 – 20 KHz means your G930 mic will pick up most sounds but leaves a little bit of room at the bottom for low frequencies that likely aren’t voices. If your mic doesn’t start at around 50 Hz, you’ll have to use a low pass filter to filter out low-frequency noises like breathing, coughing or bumping the mic on something.

The Logitech G930 needs to be connected to its charging base every now and again to make sure it has a full charge. Once you’ve charged your G930 gaming headset all the way, you should have about 10 hours of battery life. Keep in mind that this will worsen as time goes on and the batteries wear out a bit more, so don’t be surprised if you’re only getting half that in a year or two.

Logitech doesn’t provide a lot of information about this battery, but you shouldn’t expect anything superbly different from other headsets. Lithium-ion batteries all get worse over time and have a similar capacity versus their size, so you can expect this headset to perform about as well as any other.

To use your Logitech G930 gaming headset wirelessly, you’ll have to connect it via the 2.4 GHz wireless adapter. This adapter looks like a small flash drive that can be plugged into your PC. Thanks to the smart design of the G930 wireless base station, you can charge your headset and power your adapter at the same time, and you don’t have to worry about there being any sort of audio lag despite using a wireless connection.

Logitech rates the G930 wireless gaming headset for ranges of up to 30 feet. Numerous factors may affect this, so try charging your headset fully and removing anything that may cause interference if your headset stops working at less than 30 feet.

The most important technology in the Logitech G930 gaming headset is the Dolby 7.1 Surround Sound. Think of the number as the number of speakers; 2.1 (stereo) sound can play sounds from your left ear and your right ear. Dolby 7.1 Surround Sound allows your headset to play sounds from seven different locations, so you can always pinpoint the exact direction from which a sound is coming

To give you ultimate control of your gaming experience, Logitech added three G-keys to the outside of the left ear cup on the G930 headset. All you need to do is map one of these keys to a function—such as controlling a chat client on your PC or tweaking a setting—and you can use them without interrupting your game. 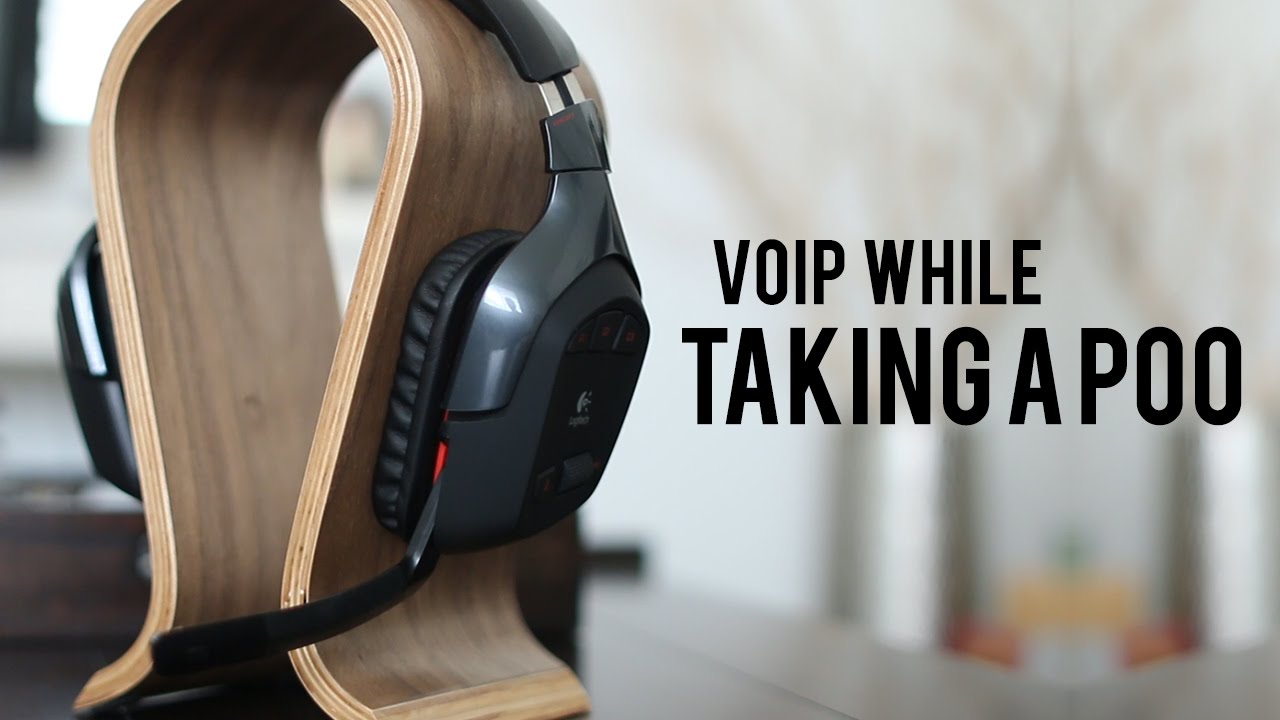 One of the best things about the Logitech G930 is its price. Normally, a Dolby 7.1 Surround Sound headset will cost you quite a bit, especially when you add wireless, G-keys and all the other great features found in the G930. However, because this headset is a bit older, you can really get a great deal on it.

The Logitech G930 gaming headset was originally released with a retail price of $279, but that was a while ago. A quick search on Amazon brings up a brand-new Logitech G930 for only $159, which is about as cheap as you can find a wireless headset with true 7.1 and the overall excellent headphone and microphone quality that you get with the Logitech G930.

How the Logitech G930 Compares

Clearly, the Logitech G930 is a viable option if you’re looking for a feature-filled gaming headset, but how does it stack up to some of the fiercest competition on the market? As it turns out, you’ll have a hard time finding a headset that’s clearly better than the G930—especially for a similar price.

Razer provides good competition for the Logitech G930 gaming headset, but you’ll have to spend quite a bit more to get it.

Wireless: A wireless range of up to 40 feet gives this headset a slight edge over the Logitech G930 if you need more range.

Driver size: The drivers in this headset are 50mm in diameter, which is 10mm larger than the G930.

Known as the brand the pros have used for years, ASTRO Gaming’s A50 headset is one of the best gaming headsets you can buy whether you’re playing on Xbox or PC.

Dolby: ASTRO offers its A50 gaming headset with true 7.1 surround sound so you get the best quality when it comes to hearing audio cues.

Driver size: The ASTRO A50 headset features 40mm drivers which are the same size as the G930’s.

Though it’s not a wireless headset, the ASUS ROG Centurion offers some of the best performance and comfort you’ll find in a hybrid PC/console gaming headset.

Dolby: The ASUS ROG Centurion features true 7.1 surround sound, which is as good as you can get if you want to hear footsteps, gunshots and other audio cues better.

Wireless: You’ll have to switch to the ASUS ROG STRIX for wireless capabilities, but then you lose the true 7.1 surround sound of the Centurion headset.

If you want to stray away from the hype that is Dolby 7.1 Surround Sound, you might want to consider a headset that uses its own sound technology to deliver excellent quality—like the SteelSeries Acrtis Pro + GameDAC.

Dolby: This headset doesn’t feature Dolby technology, but it does have its own powerful sound chip that makes it the first certified Hi-Res gaming audio system.

Wireless: Just like the ASUS ROG Centurion, the SteelSeries Arctis Pro + GameDAC is a wired headset.

Driver size: SteelSeries doesn’t say much about the drivers in the SteelSeries Arctis Pro + GameDAC, except that they are “Hi-Res capable speaker drivers.”

The Verdict: High-End Quality at a Mid-Range Price

Gamers always talk about how important a good headset is, but it can be hard to find a headset that’s truly high quality for less than $200. The Logitech G930 wireless gaming headset is probably your best option for a sub-$200 gaming headset unless you simply don’t want to go wireless.

This headset is great for a number of reasons, including but not limited to its Dolby Surround Sound and driver quality, its 10-hour battery life, and its sleek design. The one downside to this headset is that you may have a bit of trouble finding it brand new, but that shouldn’t be enough to keep you from making the upgrade.