Home / Content / What Is a GPU: Simple Beginner Information and Shopping Tips

What Is a GPU: Simple Beginner Information and Shopping Tips

You might have often heard the acronym, “GPU.” But just what is that important component all about? In case you don’t know this, the letters stand for Graphics Processing Unit. Many people will be more familiar with the term “video card” or “graphics card” when referring to GPUs. So, what is a GPU?

A GPU is important if you’re working with graphics of any kind. Simply put, GPUs render images on a computer. This unit is also used for performing quick calculations and generally doing the grunt work so that the CPU isn’t overburdened. That way, the CPU is free to tackle larger tasks that require more memory.

All this might sound a bit confusing, especially if you’re a beginner at purchasing a GPU. Have no fear; you can read on to get information and shopping tips for getting the best GPU out there.

CPU vs. GPU: What’s the Difference?

Answering the question, “what is a GPU?” also includes knowing the difference between a GPU and a CPU. The Central Processing Unit (CPU) works with low latency while the GPU stays high throughout its processing.

The CPU is also good for performing a few operations at once while a decent GPU performs thousands of operations in one go. That makes the CPU a logical choice for serial processing but the GPU is best for parallel processing.

The difference between GPUs and CPUs is architectural as well. While the CPU consists of a few cores and large cache memory, a GPU has several hundred cores for simultaneously handling thousands of threads.

You might think that GPUs are for just graphics rendering but their usage goes way beyond that. The plethora of applications for a GPU includes gaming and video editing among many others.

Many folks might ask “what is a GPU?” but they’re probably using one without even being aware of it.

Now that video games have become so intensive, we need a quality GPU to display those realistic graphics and show us the complex worlds in each game.

Gamers need to work with a 4K screen, high refresh rates, and several other aspects of modern virtual reality gaming. When you have a proper GPU, you can play your games with high resolution and fast frame rates.

The same goes for video editors and content creators. With a modern GPU, you no longer have to deal with long rendering times that might disturb your creative flow. With a GPU’s parallel processing, you’ll be able to render your graphics and video in high-definition formats.

What’s more, modern GPUs also have dedicated display engines and media. It gives you video playback and video creation that’s much more power-efficient than before.

When you dig deeper for the answer to the question, “what is a GPU?” you should also learn about the more advanced, relevant versions.

Recommended Read: Steam Hidden Games – How to Find, View, and Play Them on Steam

You’ll need different types of GPUs for different uses. For instance, integrated GPUs share memory with the PC’s CPU processor. Discrete GPUs have a video memory and card of their own, so the PC’s RAM isn’t tied up for graphics use.

The performance of the latter is better but you also want to get the best GPU variation for the perfect experience. You should check out the GPU hierarchy for more details on this aspect.

Elements You Should Look for Before Choosing the GPU

When you’re choosing a GPU, some specifications matter a lot. The GPU hierarchy also matters if you don’t want to waste your time and money.

Let’s have a look at these factors one by one so that your final purchase becomes easier and best suited to your needs.

The amount of card memory

This is a critical factor. You need a graphics card with 4GB memory at least. However, 6GB is better if you’re gaming with a 1080p resolution.

If you want to turn up all your settings or play with high-resolution gaming packs, the need for memory will also go up. For 4K resolution or something similar, you should go for an 8GB card or even higher.

This is also quite an important consideration. You’ll need enough room for the card in your case. Check the height, length, and thickness before making a final purchase.

In general, graphics cards come in a variety of forms. You can choose from dual-slot, triple-slot, single-slot, or half-height options.

If you’re looking for a gaming card, it should be full-height and take up two expansion slots at least. For a small motherboard, you’ll need a mini card around eight inches long or even less. Make sure to check the specifications before buying.

TDP is important as it measures heat dissipation and also gives the user an idea of how much wattage they’ll need.

For instance, if you’re operating a power supply unit that needs 400 watts and the CPU is 95 watts, you’ll need an upgrade when adding a 250-watt TDP card. When asking “what is a GPU?” make sure you also know the various specifications that make it tick.

Overall, a 600w PSU will be able to deal with most graphics cards. If you want to be prepared for the most powerful varieties, you can get an 800w PSU to be on the safe side.

This is another important factor as many gaming cards require you to connect supplementary power connectors. Some of these cards might need one connector while others need two.

That’s why asking “what is a GPU?” isn’t enough. We should also know how to make it work best for us.

Ports are a critical consideration when you’re buying a GPU. Some monitors have DisplayPort while others have HDMI.

If you have an older unit, it might have Digital Visual Interface (DVI). No matter what card you get, you need the proper connectors for the monitor.

This is a factor with medium importance. When you have cards running on the same GPU, there could be some overclocking at a higher speed. The result might be a subtle difference in your frame rates.

While clock speed isn’t the top priority here, you do need to factor in architecture and core counts before making a decision.

CUDA cores are also somewhat important. They’ll give you some of the necessary information when you’re trying to calculate the performance level of a potential GPU.

Therefore, it’s not just as essential as asking “what is a GPU?” in the first place.

Similar to better clock speed, having a faster memory will make one graphics card operate faster than its counterparts. It will naturally be of use when you want faster rendering for your video editing, content creation, gaming, etc.

Shopping Tips to Consider When Buying the GPU

When you’re thinking about what GPU to buy, the choice and information can become a bit overwhelming. The tips will help you get on track. So, check them out and save a bit of money on the way.

Budget for a CPU

If you’re focusing too much on the graphics, you might be tempted to compromise on the quality of your processor.

The system might give you awesome synthetic benchmarks but your actual gameplay will suffer. This phenomenon will occur because of the lower frame rates you get with a weaker CPU.

Recommended Read: The 5 Best Internal Hard Drives to Step Up Your Game

Most mainstream graphics cards will probably be enough if you want a gaming resolution of 1080p.

However, you’d be needing a high-end card if the game is at a 4K resolution or near it. High in-game settings will also require one of the more powerful cards. So, don’t be afraid to splurge a little in this department.

Make sure you consider the refresh rate of your GPU. If a computer monitor has refresh rates in the triple digits, a powerful processor and card are necessary to meet that potential.

However, if your monitor has a maximum of 1080p and 6-Hz, there’s no need to pay top dollar for the most powerful GPU on the market.

It’s the launch price of the GPU. Checking this factor before making a purchase can help you decide if you’re getting a proper deal or not.

That way, the store won’t be able to trick you with a fake markup while offering a discount. 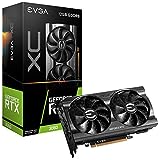 It’s Time to Get the GPU That Suits Your Needs

If you’ve been wondering “what is a GPU?” we hope the above discussion cleared up your confusion. It may be challenging to find a GPU with just the right specifications for your requirements. But the research will be worthwhile.

The higher specifications may also cost a lot. Therefore, it’s wise to weigh the pros and cons before clicking that order button.

Once you get the perfect card, pop it in and enjoy the fast, high-resolution performance! Don’t forget to spread the word and guide your friends as well. Do you have any tips on buying a GPU? Share them in the comments below.

GPU Nerds
Related Itemswhat is a GPU
← Previous Story Steam Hidden Games: How to Find, View, and Play Them on Steam