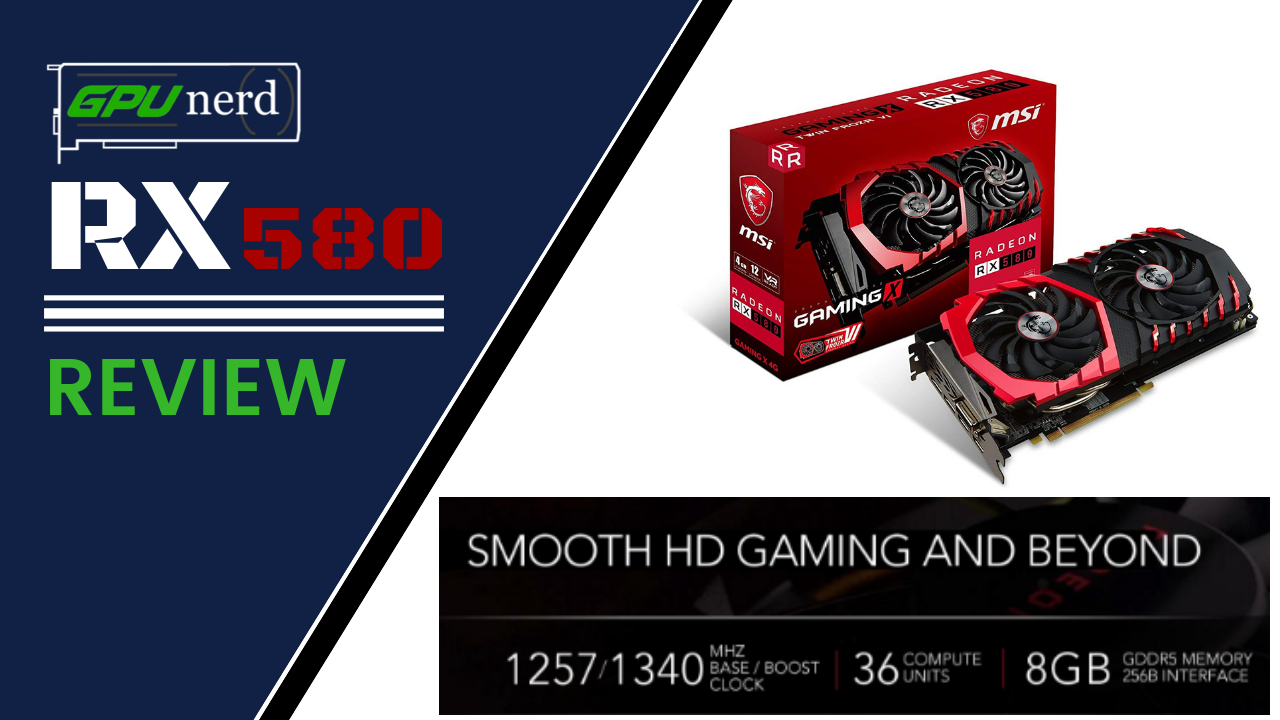 The Radeon RX 580 graphics card supports cutting-edge DirectX 12 and Vulkan game titles and exceeds most system requirements for displaying high-definition video and VR. This GPU excels at full HD performance but also maintains a high level of quality at lower resolutions than most gamers tend to use.  The 580 model is built on 14-nanometer FinFET Polaris 20 XTX architecture with Low Power Plus functionality to allow for higher clock speeds at lower power consumption. 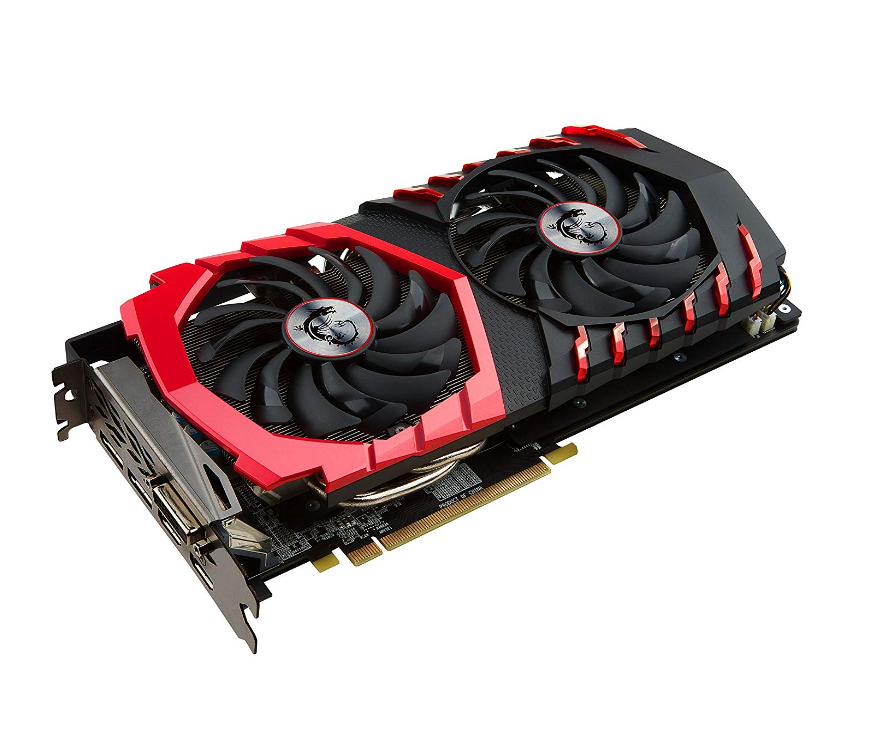 What Do Users Think About the RX 580?

Although the RX580 model is designed to perform at full HD, some users prefer the 580 for 1440p gaming. In which is more common than higher resolutions. A few users point out that this model and other Radeon graphics cards hog power and are not compact. Depending on the custom model you choose, you may want to factor in reviews. Where it suggests that the 580 may not be the best choice for compact desktop builds or laptop designs that have limited airflow, as it generates a great deal of heat.

Some users find that the RX 580 GPU slows when challenged with rendering complex video game environments. Like, in the highest resolution settings. Keep this in mind when considering custom models with overclocking upgrades. Many users also point out the importance of making sure to update any system. This is on which you have installed the 580 with the latest drivers to achieve optimal performance.

This 500-series GPU launched in April 2017 and features an XTX variant that supports DirectX 12. The 580 model is an upgraded version of the RX 470 and was released in June 2016. The reference model of this card was followed up by the release of a wide variety of custom versions with enhanced specifications in terms of overclocking and cooling methods. This graphics card was intended to be mid-range, though demand for graphics cards for uses other than gaming has affected the price ranges of these components.

The Radeon 580 is a graphics card launched by AMD in April 2017. ATI, the brand that formerly produced Radeon components, was acquired eleven years earlier by the chipmaker AMD; thus, giving AMD the right to produce Radeon products. Like the RX 480, which was released less than a year earlier in June 2016, the 580 is based on Polaris 10 architecture. The version of Polaris in the 580 model is refined and produces a five to ten percent boost in overall performance combined with other optimized features in the 500 series.

The RX 580 is available in both 4GB and 8GB GDDR5 models with a 256-bit memory bus width and 256 GB per second memory bandwidth. These distinctions can make a noticeable difference when it comes to eliminating clipping and latency or displaying very high-quality textures. If you game on higher resolutions or want to be ready to meet the requirements for forthcoming games, you should go with an 8GB model. Peak performance for this GPU ranges up to 6.2 teraflops, compared to 5.1 teraflops on the RX 470 and 4.8 teraflops on the last-generation RX 480.

This GPU has 2304 stream processors, 144 texture mapping units, and 32 render output units. This model shares these basic specifications with its predecessor, the RX 480, but optimizes these features. The five to ten percent boost in performance with this model is due to increased clock speeds and enhanced Polaris architecture. Moreover, the texture units on this model exceed the RX 570 model by 16 units.

The 580 also improves on the 400-series cards by adding a new intermediate memory clock speed. Rather than duplicating the two extremes of low/idle and max performance in the previous series, most makers of custom models integrate these three-speed settings into optimized options for gamers. The new speed setting also makes it easier to use DisplayBoard technology for output to up to six monitors without pushing performance to the max. This graphics card also features Radeon FreeSync 2 technology, which syncs GPU output with the refresh rate of connected displays to prevent glitches. The 580 connects via HDMI 2, DisplayPort 1.4, and is compatible with HDCP 2.2. This GPU offers output at resolutions up to 4K60.

AMD Radeon's RX graphics cards are known for drawing substantial amounts of power. The manufacturer recommends using a 500W power supply with this graphics card, even though the 580 typically draws about 185W. The RX580 model features Radeon Chill power-saving technology, which caps frame rates to optimize power usage. This feature can cause stuttering and is most useful for laptops on which power management is known to be more of an issue than with desktop gaming systems. The game or software you are using must support Radeon Chill in order for this feature to function, and Chill is not compatible with DirectX 12 or Vulkan.

The basic specifications of the RX 480 and 580 seem relatively similar, but the later-generation GPU has improved clock speeds. This improvement is due, in part, to minute adjustments to the 14 nm FinFET Polaris 20 GPU as opposed to the old-style Polaris 10 in the 480. Another difference between these models is the power connectors and draws. The 580 connects via one eight-pin connector, whereas the 480 used one six-pin connector. The power demands of the later model are higher, which makes sense given its slight increase in clocking speeds.

Some custom models of the 580 GPU are overclocked upward from the 1,340-boost clock speed of the reference model. Overclocking means the CPU is set to run higher than officially stated speed. MSI Gaming's 8GB model is also overclocked and features a zero-fan mode that prevents the fans from activating until the temperature of the GPU reaches 140 degrees Fahrenheit or 60 degrees Celsius. Additionally, the fans feature two different blade shapes to increase airflow. The model 580 has three modes that correspond to the three settings on the reference model but are significantly enhanced. Set to gaming mode, this MSI 580 graphics card clocks in at 1,380MHz with 8,000MHz memory for 8GB of VRAM. Overclock mode boosts speeds up to 1,383MHz with 8,100MHz memory. The third setting, silent mode, reduces clocking speeds to 1,348MHz and 8,000MHz for memory.

The 580 is the first custom graphics card model released by ASRock in early 2018. The ASRock Phantom Gaming X 8 GB operates at an intermediate setting of 1,380MHz with two options in the component software to set this model to overclock mode and obtain speeds up to 1,435MHz or drop the speed to 1,324MHz in Silent Mode. Users interested in even higher overclocking may want to consider the XFX RX 580 model, which provides a moderate overclocking boost to 1,366MHz, while an ASUS model reaches 1,411MHz. The AORUS Gigabyte XTR 8G boasts a boost speed of 1,439MHz and also features technology that stops the fans from operating when the graphics card is not under load.

The ASUS Strix Gaming OC and Top Edition models are two of the most expensive 580 custom releases. Strix cooling systems provide up to 40 percent more heat dissipation area compared to previous 2-slot designs; furthermore, the system features a copper heat spreader that makes two times more contact with the GPU. These models also feature other fan innovations including patented wing blade designs for increased air pressure and the FanConnectII system with two four-pin hybrid-controlled headers that reference the GPU and CPU as they operate to cool the individual component with the higher temperature. The fans in these models can also to be tuned through options in hardware management software.

The pricing of GPUs is affected by the fact that this hardware is being used for mining cryptocurrency. As a result, the prices of some GPUs have not dropped substantially even a year after the initial release. The price depends on optimized features.

At the time of writing, a standard ASUS Radeon 580 graphics card retails for $279.99 for the 8GB model. While the less capable 4GB model comes in even higher at $285. The 8GB model is the best deal and the best choice for serious gamers. Also for those users with intense graphical demands. The 4GB Gigabyte Gaming model costs more than either ASUS option at around $300 while the 8GB model runs above $300. The MSI 8GB model costs about $10 less than the comparable Gigabyte offering.

PowerColor's Red Devil Golden model with 8GB of 256-bit GDDR5 memory and a boost clock of 1,425MHz retails for over $300. The standard 8GB Red Devil model of this card has a lower boost clock speed of 1,380MHz and retails for over $300 as well. The difference between these models means that a user may want to spend a little extra for overclocking capabilities. Even if the difference is not always perceptible.

The primary improvements in this model over the preceding generation come from the higher clock speed. The basic specifications of this model are relatively similar to the RX 570. And even the RX 480 on which it is based. Some users point out the fluctuation in prices on the Radeon models. And suggest purchasing the GeForce GTX 1060 6GB or 1070 by Nvidia. These cards achieve comparable levels of performance and may be more affordable.

The RX 580 slightly exceeds the GTX 1060 on both average and minimum frame rates. This is in the most common gaming resolutions both in games based on low-level APIs and the DirectX 12 and Vulkan titles. You should consider the 580 over other models in the 500 or previous 400 Radeon lines. It's for the best performance in this price range.

If you want to invest in your gaming rig and get a cutting edge GPU, you might consider the RX Vega 56 or 64. The 580 has 2,304 stream processors compared to 3,584 in the Vega 56 and 4,096 in the Vega 64. Other specifications between these GPU generations make similar leaps. Depending on the other components in your gaming system and the requirements for the titles you want to be able to play. This including the high-definition or VR software you want to be able to use, you may want to invest in one of the latest generations of Radeon RX graphics cards. Vega GPUs cost considerably more than the RX 500-series, with the RX Vega 56 retailing for about $505. And the Vega 64 card typically selling for under $600.

Most market researchers identify the primary audience for the RX 500 series of Radeon graphics cards as users who are currently using video cards. They that are two or more years old. If you want to significantly upgrade the performance of a graphical or gaming system with a mid-range GPU based on custom-build options, you should strongly consider the RX 580.