If you are an avid fighting game fan you will need a fight stick to get the most out of the game. Pulling off moves is so much easier and natural on a fight stick that it really becomes a disadvantage not to have one. Especially when you are playing online, you can bet that your opponent has a fight stick.

It is important though that you start off with a great base and build on it rather than trying to improve something that doesn’t quite suit you. This applies whether you choose to mod it or not.

What to look for in a fight stick?

What you look for is entirely dependent on what exactly you need from your fight stick. There are a few categories to narrow the search down by though.

Size is a very important factor, there are many different shapes and sizes for fight sticks. If you are someone that will be transporting their stick around a lot, perhaps a smaller size stick that can fit in a bag would be a better choice. If you like a lot of wrist support and space to play with, then a wider stick is definitely a good choice.

Sanwa are the most used and popular buttons available, they are cheap, of high quality, and come in a number of colour combinations. They feel very smooth with a shallow actuation point for quick presses. It can be easy to activate the wrong buttons with these buttons if you are just starting out.

Seimitsu are another popular choice, they are a bit more expensive than Sanwa but come in many different colours effects. When pressed, the Seimitsu buttons have a very tactile click to them that isn’t present in the Sanwa buttons, this means presses take a little more force, so if you prefer that, Seimitsu is the perfect choice.

Different joysticks have different restrictor gates, the majority use a square gate, this means that you can only move the stick within the square shape, this makes pulling off moves a lot easier.

Many people though also like to use different shape gates, such as octagonal, sometimes different gates benefit different characters and games.

In America, the Battop was very prevalent in arcades whereas the Japanese often opted for the balltop. There isn’t really one better than the other, it just comes down to personal preference.

It is important that the fight stick you choose works with your chosen platform. You will find the majority of USB sticks work perfectly on the PC, but there are Xbox, PlayStation, and Nintendo exclusive ones. There are some multiplatform sticks but these are very expensive.

Now that you know what you want from your fight stick, it is time to list some of the best that are currently available on the market. 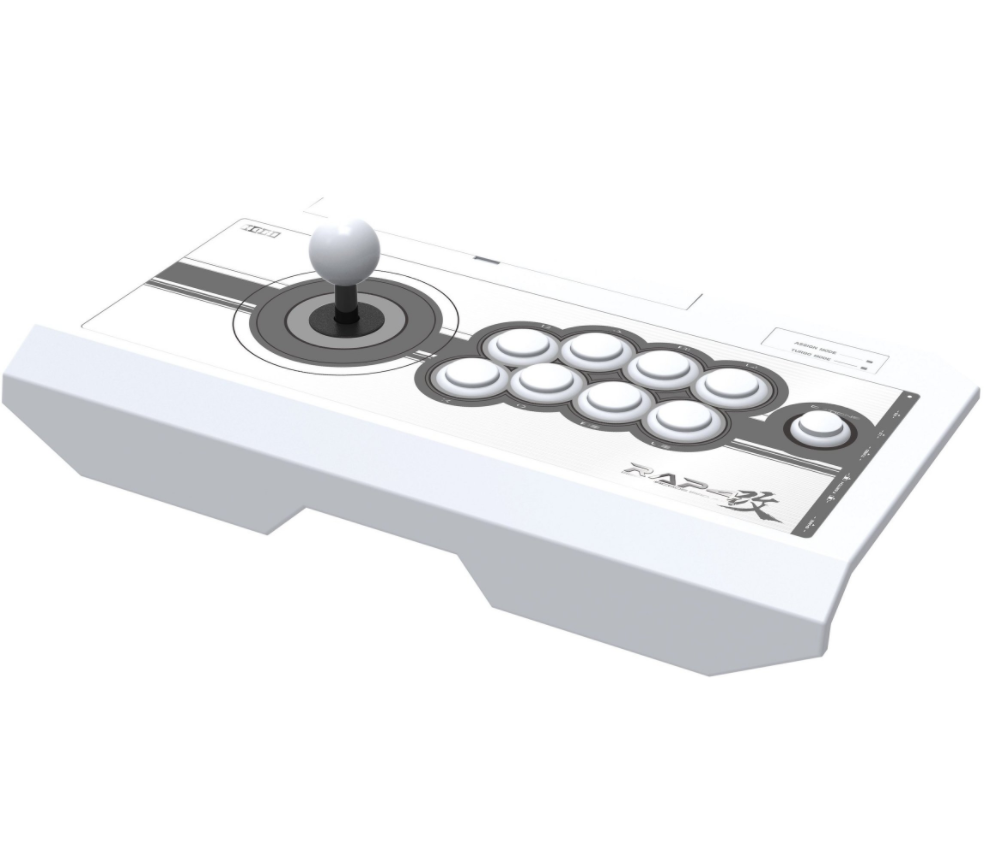 Hori have been known to make some of the greatest sticks in the industry. Made of quality plastic and components. Their Real Arcade Pro line is aimed towards those that like a wide base to their fighting sticks, it is certainly quite large, so if portability is important to you, the Real Arcade Pro series is not for you.

The stick is available in either black or white, with a nice grey accent to the white, and a white accent to the black. It is a really solidly built stick that is sure to give you many hours of playtime.

The buttons used on the RAP 4 Kai are different to what Hori usually tends to use. Hori have always used Sanwa parts in their fight sticks but with the RAP 4 Kai, they have used Kuro buttons. They are a bit different to the usual Sanwa and need a little getting used to, but once you get the hang of it, they will be like second nature.

The RAP 4 Kai uses a ball top handle, and all of the turbo and console related buttons are placed on the side of the stick. It uses a square gate, which is perfect for the majority of people. Of course, this could be replaced if needed.

In terms of modding, the RAP 4 Kai is actually a bit of a pain to get into. It certainly isn’t as mod friendly as their previous sticks, perhaps a disappointment to those that love to personalise their fight sticks. 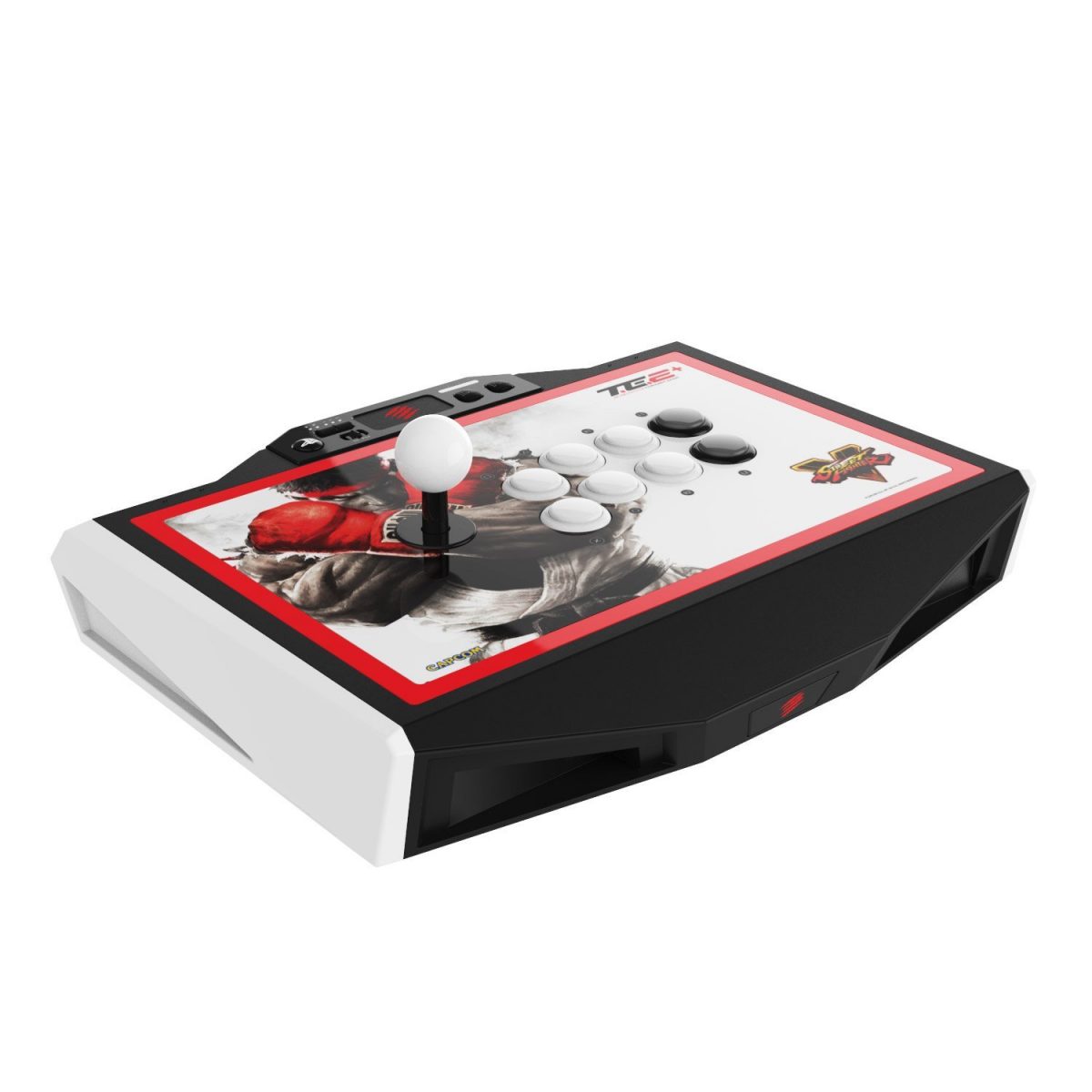 The tournament editions from Mad Catz have long since been a staple fighting stick used widely in tournaments. The TE2+ is a fantastic redesign from Mad Catz, it still keeps the small size it was known for whilst adding a bit more quality feeling material.

The TE2+ uses Sanwa buttons, as the Tournament Editions always, so you know you are getting a quality button. The TE2+ uses a square gate as well. The TE2+ is a stick that is really geared towards fighting games, it even comes with Street Fighter V artwork.

The TE2+ is easy to mod as well, so it is perfect for those that really want their sticks to shine. This has long been a plus of the Tournament Editions so it is nice to see that it is no different with the newest addition.

An issue with the Tournament Edition sticks is there start button placement. It makes it a little bit of a pain to have to move your hand so far up the stick to be able to press start.

Other than that, the TE2+ is a fantastic portable stick. It feels quality and is sure to last many years, and the easy mod capabilities mean you can even extend the life of it. 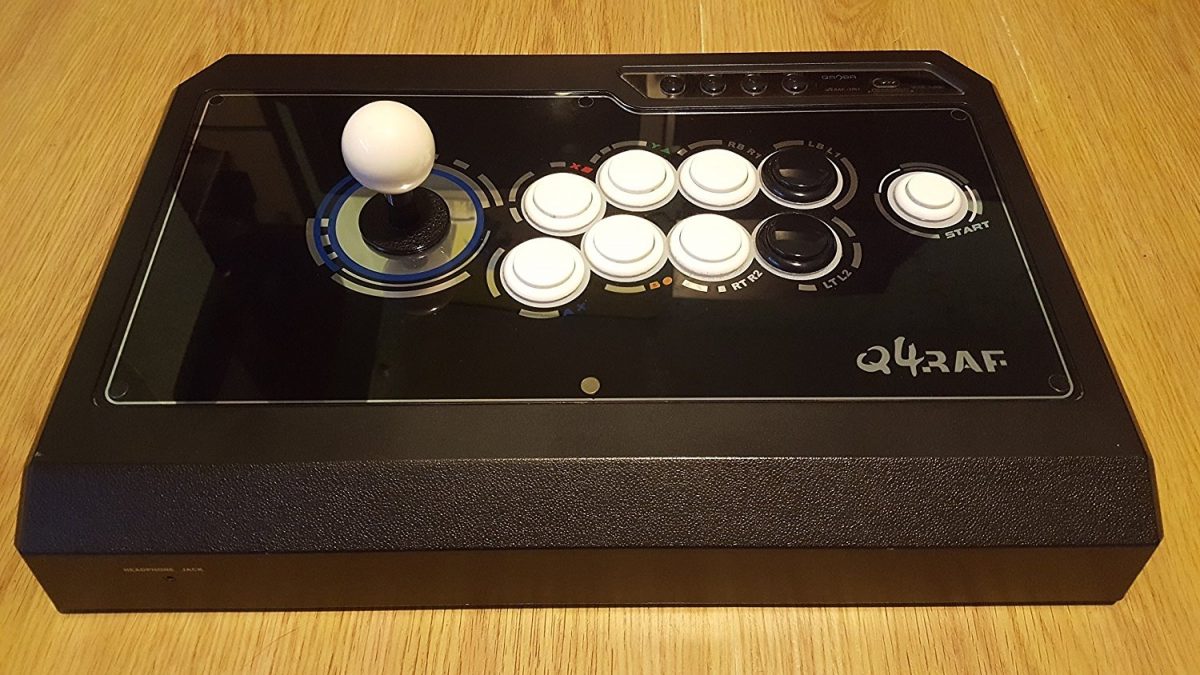 Qanba make some of the best sticks you can currently buy, with the price tag to match. These sticks are really only meant for those serious about their fighting games. The Q4 is one of the most used fighting sticks amongst enthusiasts and for good reason.

The Qanba Q4 is made to be as customisable as possible. Replacing parts is a simple process and it even comes with button blockers for those that play fighting games restricted to just 6 buttons. The styling isn’t garish and in fact looks fantastic with its off-white colouring.

The Qanba Q4 comes with Sanwa buttons and a Sanwa Joystick that uses a square gate. Due to the ease of customising this stick, anything you don’t like can easily be changed.

The Q4 isn’t that big either and with its handle, it makes the Q4 a fantastic choice for portability. Easily being able to carry your fight stick around is great for those that frequent tournaments.

If you want the best of the best, The Qanba Q4RAF is the choice for you. It will serve you well for a very long time. If you are a modder, this is the stick to get. 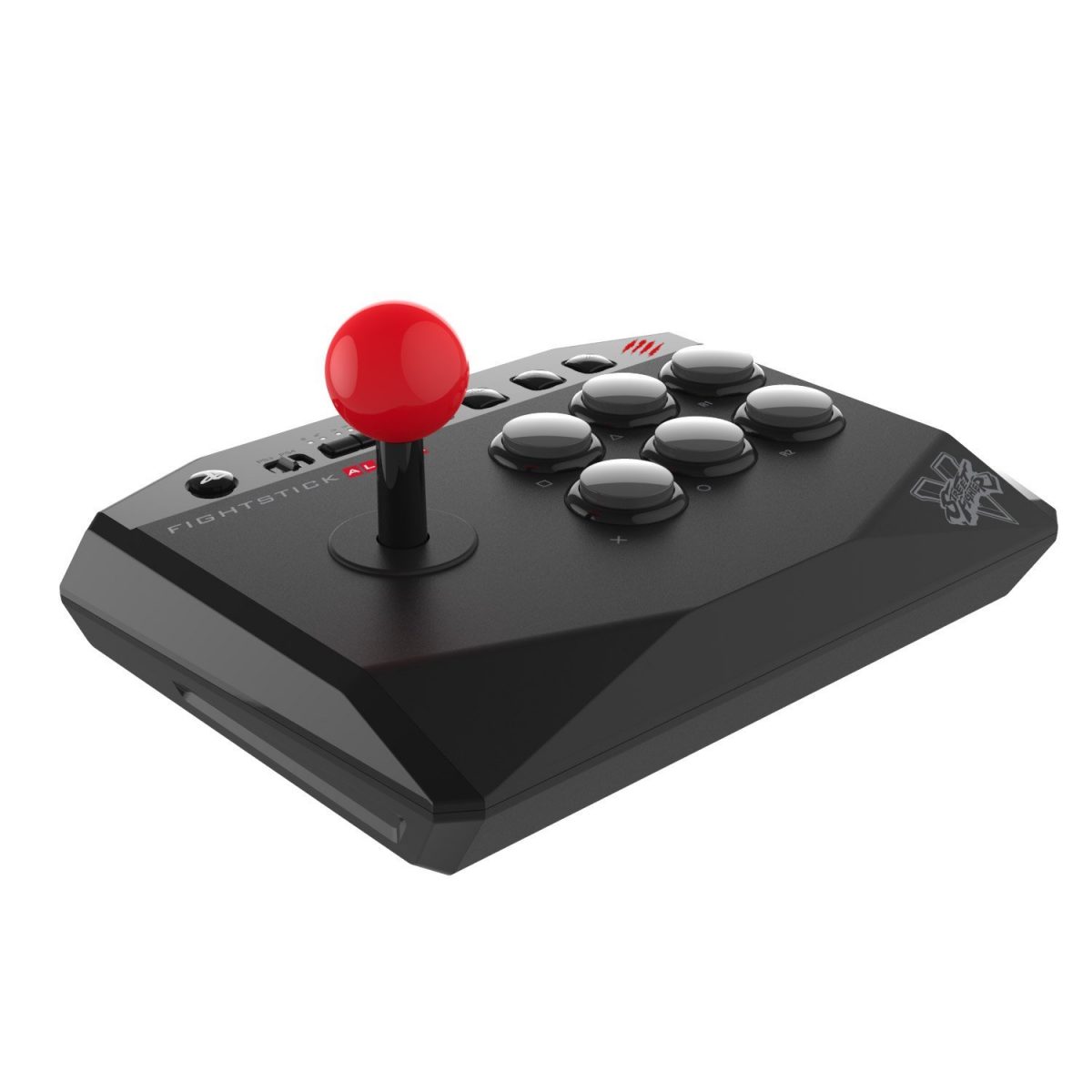 If you are just starting off with fighting games, you don’t really want to spend a huge amount on a fighting stick that you may not ever use again.

That is where the FightStick Alpha comes in, at Just $70 you get a well-built stick that will help you get to grips with using a fight stick effectively.

It has a great feel for the price and whilst it only has six buttons, if you are a keen player of Street Fighter or Tekken, this is a great stick to start with.

It is also very small, which may be a problem for some but if you just want a cheap stick you can take to a friend’s house, then the FightStick Alpha is a great option.

As far as budget options go, the FightStick Alpha from MadCatz is a fantastic little bit of kit that will give you the taste of a quality fight stick without the hole in your wallet.

As you can see there are many great choices of sticks for a number of different needs, all you have to figure out is exactly what you want from your fight stick and go from there. With this guide, you can make sure that you choose something that really improves your game.

Getting used to a fight stick takes time, but once you get the hang of it going back to a controller is just impossible.