Oftentimes you need a laptop to do nothing more than using it to browse the internet, watch videos or do some light work in a word program. Then there are are times when you need your laptop to do some heavy lifting. Whether it’s just general use with no hitches, rendering videos or hardcore gaming, there is a huge variety of high performance laptops that can get the job done. With more options than ever before, this guide should help you navigate the waters of the high performance laptop market. Without further a due, here are the best high performance laptops, categorized by the usage whether that be general use, gaming, video editing or professional work. Any questions let us know in the comments section or drop us an email! Enjoy.

High Performance Laptops for General Use 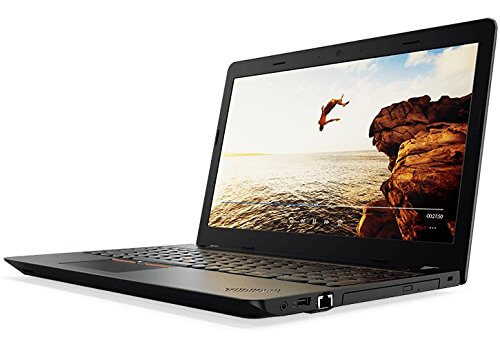 It’s not going to dazzle you with its plain design, but the Lenovo Thinkpad E570 is a great laptop for businessmen and students looking for something a little more high end. A comfortable keyboard combined with a nice feeling trackpad and the inclusion of a number pad should make any work you have a breeze. As with other Thinkpads the E570 features a little red nub between the G and H keys that functions as a mini trackpad. It’s a little strange to use but once you get used to it you can use it for navigation without ever taking a hand off the keyboard. The screen is a 15.6 inch 1920×1080 resolution screen which is a common size and resolution for any high performance laptop. A minor problem needs to be noted however in that it doesn’t get as bright as you might wish.

As for the tech on the inside we have an Intel i7-7500U 2.7 GHZ processor, 16GB RAM, a 256GB SSD and NVIDIA GTX950M graphics. With these specs you should be able to get plenty of multitasking done and a fairly large variety of work. Especially nice is the 16GB of RAM which is above average and the 256GB SSD which will make for quick boot ups. The graphics aren’t anything to write home about but you should still be able to get a surprising amount of gaming done on this machine, albeit not at max settings.

At around 900 dollars the Lenovo Thinkpad E570 is a good middle ground for those seeking a high performance laptop without breaking the bank. 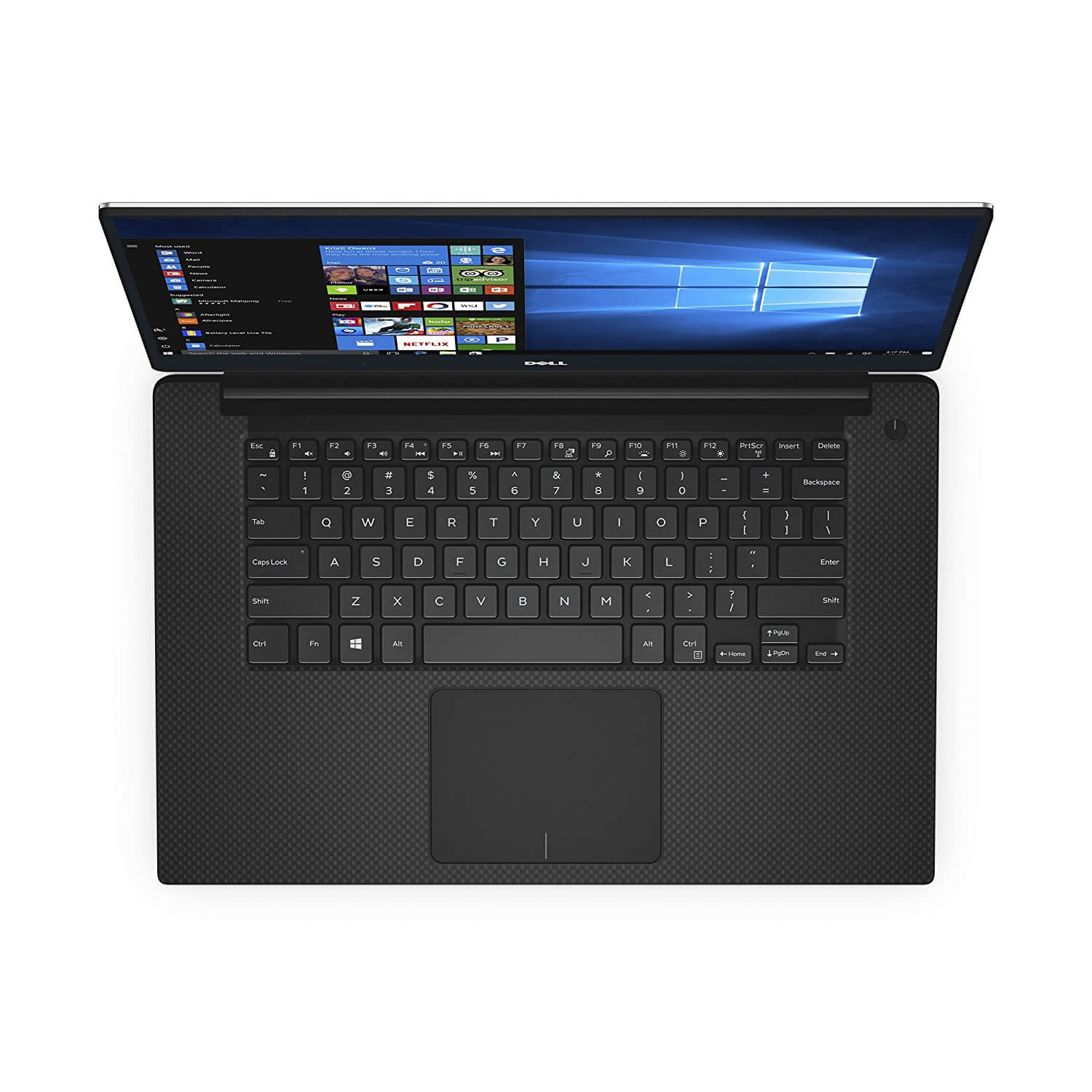 Hands down one of the best 15 inch high performance laptops on the market, the Dell XPS 15 is a very capable device. The design isn’t very colorful but is sleek enough and combined with the great build quality you can definitely tell this is a high end laptop. The keyboard has some nifty shortcuts, including a quick shortcut to tell you how much battery life you have left. The touchpad supports Windows 10 touch gestures and clicks feel appropriately ‘clicky’  A standout feature is the screen. Coming in at 15.6 inches and with a 4k resolution this is the laptop to get if you want to watch high quality videos and movies in their full glory. Colors are crisp, shadows are appropriately dark and brightness is near perfect.

Along with the glorious screen, we have some pretty nice tech in the other departments. An i5-7300HQ, 8GB of RAM, 255GB SSD and a NVIDIA GTX 1050 add up to make this a workhorse of a computer. Multitasking should be a breeze and you can even do some graphically intense gaming. Granted you won’t be able to make full use of the 4k screen but you’ll get a good 50-60 FPS in most games at 1080p on high settings. With all that good stuff jam packed into the XPS 15 you’d be surprised at it’s battery life. At around 8 hours and 30 minutes it should be enough to last you for a good portion of the day.

If you’ve got the money to spend on it, the Dell XPS 15 is one of the best high performance laptops on the market hands down. 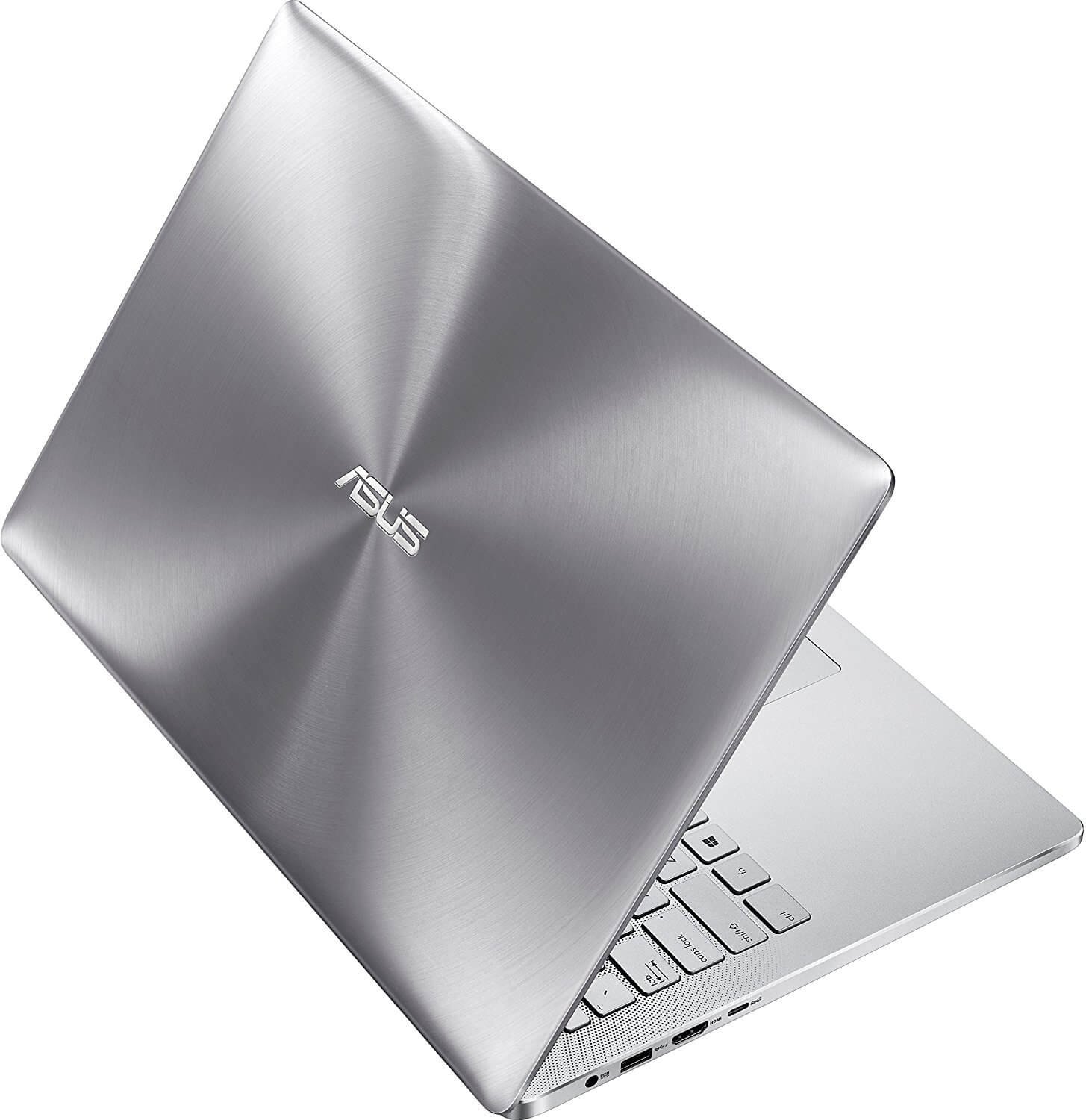 You can get by with doing a couple quick clips in Windows Movie Maker but if you’re looking to do some heavy video editing on a Windows computer, you’re going to want to check out the Asus Zenbook Pro UX501VW. A comfortable keyboard combined with a nice feeling trackpad add up to a good navigation experience. You also get a full size set of arrow keys which makes moving from frame to frame in your editor of choice a snap. As with any computer that is going to be used for a lot of video/photo editing, you want a nice screen. With a 15.6 4K UHD screen the Zenbook Pro will let you get the best looking versions of whatever work you’re doing. One complaint is that it runs a little on the glossy side though which can be annoying from a viewing angle aspect.

An i7-6700HQ, 16GB of RAM, a 512 GB SSD and an NVIDIA 960M dGPU make for a smooth experience. From browsing the web with tons of tabs open to rendering an hour long video, you should rarely run into hiccups when using this laptop. Battery life is another positive aspect, clocking in at around 8 hours. As an added bonus Asus provides a 20% off coupon for Adobe Creative Cloud for all you budding artists or editors.

Unless you’re absolutely married to Apple and OSX, the Asus Zenbook Pro UX501VW is cheaper than a Macbook but still offers a ton of positives. 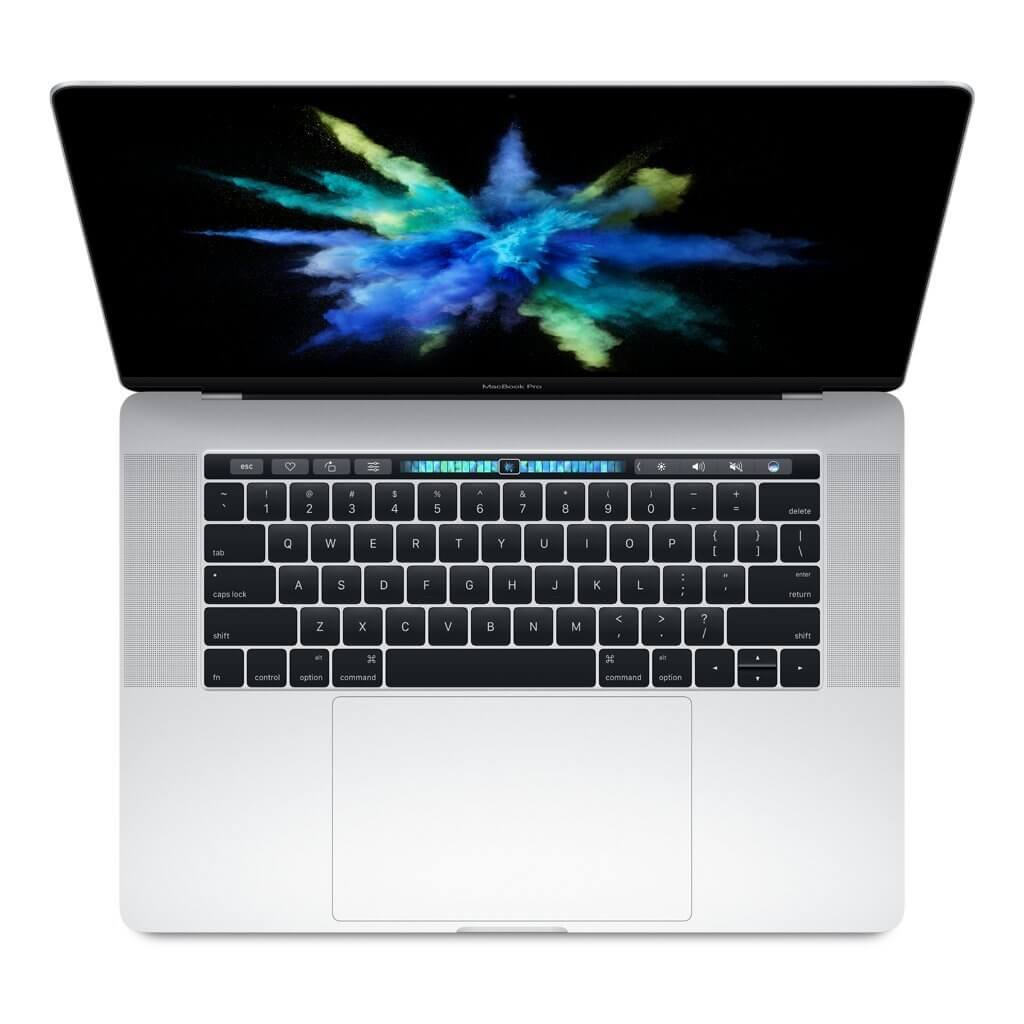 On the other hand, if you prefer the user friendliness of OSX along with the sleek designs Apple is known for, the late 2016 Macbook Pro with touch bar is probably the one for you. Along with the smooth glass trackpads on the other Macbook Pros, Apple has a new feature that offers a lot of versatility. The touch bar is a small touch screen strip above the keyboard that will offer different functionality depending on what app you’re in. You can switch between tabs without taking your hands away from the keyboard or move between songs in iTunes quickly. It also has third party support so if you can think it, there’s probably already an app for it. Also included is the virtual helper Siri which is actually pretty useful.

As usual with Apple laptops the screen is impressive. Everything is crystal clear, from shadows to colors. With a 2.6 GHZ i7 Processor, 16GB of RAM and Intel HD 530 graphics you shouldn’t have any problems with much of anything you throw at this laptop. Battery life is over 10 and a half hours which should be plenty of juice for the day. A big problem, at least depending on how attached to the Apple ecosystem you are, is the lack of ports. With only 4 USB-C Thunderbolt ports and a headphone jack, most of your older accessories aren’t going to work. Granted you can get various adapters to fix this but that can add a nice chunk of change to the already expensive cost.

If you’re willing to shell out the money or prefer OSX over Windows, the Apple Macbook Pro with Touch Bar is definitely a high performance laptop that will stand the test of time. 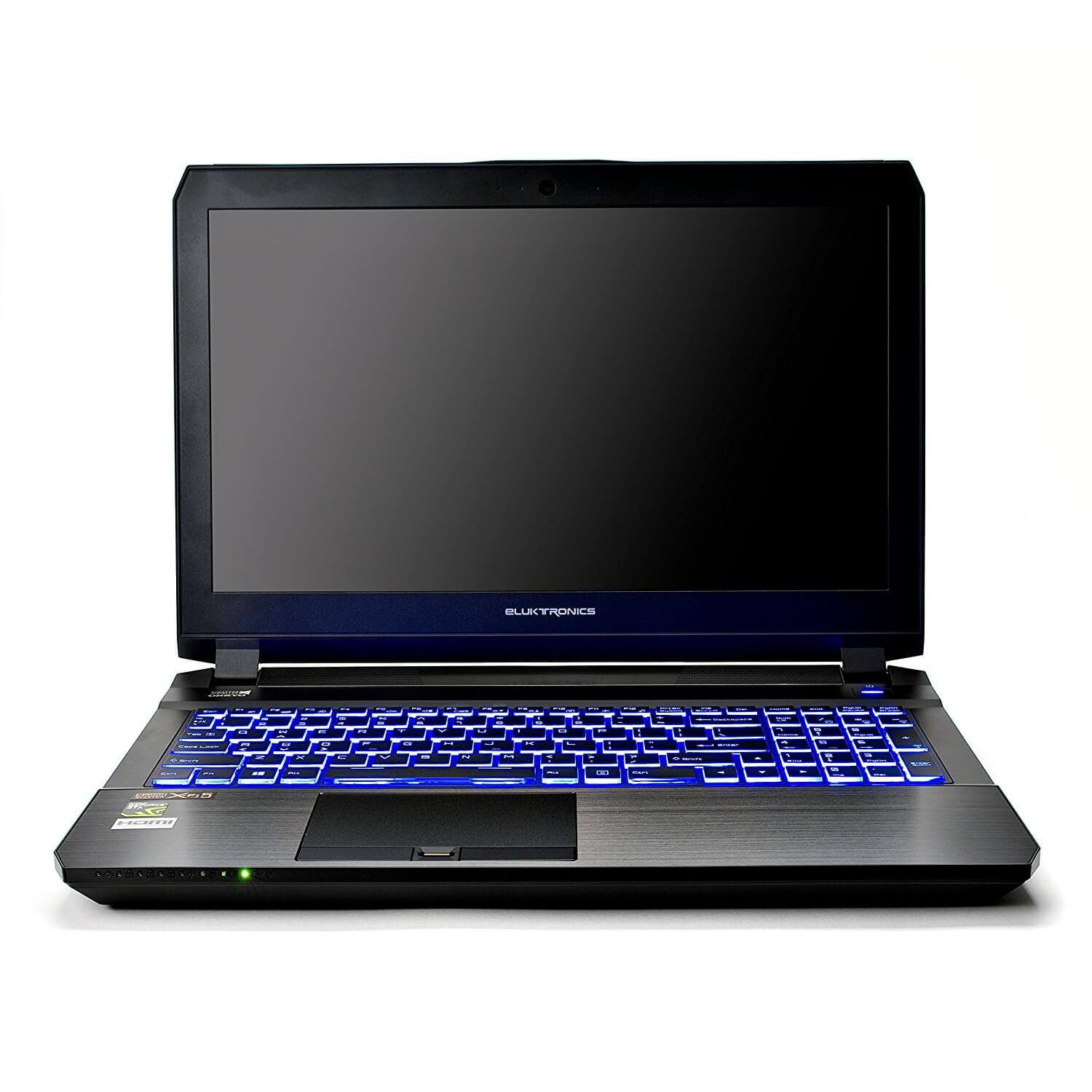 If you’re looking for a gaming laptop that doesn’t absolutely break the bank, take a look at the Eluktronics P650HP6. The build quality is great, mostly due to the fact that it’s made out of aluminium instead of plastic. The keyboard is good enough to not have to plug in a full sized USB option. The trackpad works great for simple web browsing and certain genres of games, like turn based JRPGs, but I would recommend an actual mouse if you plan on doing some serious gaming. Like other gaming laptops though you’re going to have to trade in some portability to get that performance.

A great thing about the Eluktronics P650HP6 is that it comes in a variety of customizable options. Ranging from a 15.6 inch screen with a 6GB vRAM GTX 1060 with 16GB of RAM on the lower price models you can go as overkill as a 17.3 inch screen with a 8GB vRAM GTX 1070 with G-Sync and 64GB of RAM. The processor remains either an i7-7700HQ or a i7-6700HQ so you can find an option that suits you. No matter which variant you pick you’ll likely be able to handle pretty much everything gaming wise you toss at this laptop.  As expected with gaming laptops you’re going to have battery problems. Running for about 4 hours is pretty standard for these high performance gaming laptops though.

If you’re set on getting a laptop the Eluktronics P650HP6 is an excellent option, especially considering the wealth of options you can get when compared to other high performance gaming laptops. 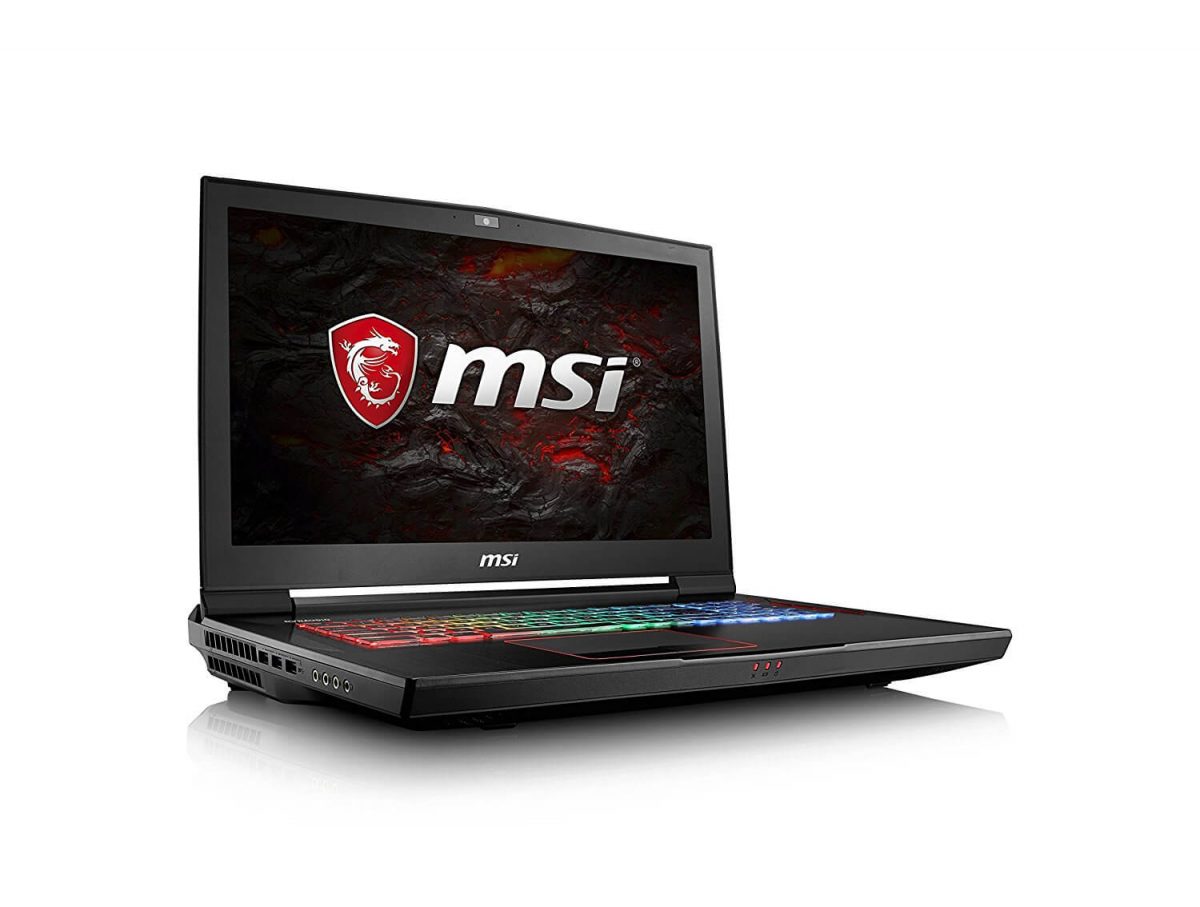 Fully loaded in every aspect from the screen to storage, the MSI GT73VR TITAN-426 truly is a titan of a high performance laptop. The keyboard is full sized with the inclusion of a numberpad and has a multi colored light show as the backlight. The lights can be customized with one of MSIs programs to do whatever you desire. The trackpad works well and supports Windows 10 touch gestures but again you’re probably going to want a traditional mouse for actual gaming. A huge 17.3 inch 120HZ 1920×1080 screen makes viewing anything from movies to simple youtube videos a treat. In order to get the most out of your games the Titan comes equipped with a lightning fast i7-7820HK processor and a high powered NVIDIA GTX 1070. You’ll be able to max out basically everything and like the name says this laptop is virtual reality ready. Whether it’s the Oculus Rift or the HTC Vive you shouldn’t have any problems running VR. As for storage you can get a couple different options.

The base version comes with a 1TB HDD and other variants consist of the 1TB HDD combined with either a 256 or 512GB SSD. Surprisingly the heat and noise aren’t really an issue. The laptop rarely heats up unless you’re doing some very demanding gaming and even then the fans are still relatively quiet. Not surprising is the disappointing battery life. At around 3-4 hours you’re not going to get a ton of gaming done without a cord attached.

The MSI GT73VR TITAN-426 is basically a desktop replacement with it’s near top of the line specs. It’s not quite cutting edge but you’re looking at spending 1000 dollars more if you want that. All in all the Titan is a high performance laptop that gives all but the best a run for their money.