As technology has advanced there has been a focus on making things smaller and more powerful, to the point where you can have a fully operating Windows PC that fits in the palm of your hands. Small form factor PCs have really had a big push over the last few years, especially in the enterprise market. PCs that can be hidden away, mounted on the back of monitors save a huge amount of space.

For normal end users there are many benefits to having a small factor PC, especially for things like word processing and web browsing. Even gamers have something to gain, with the big strides in mobile GPUs. Nvidia for example has managed to fit essentially desktop-grade GTX 1080s into laptops.

In this roundup of small factor PCs there is a little something for everyone, the gamer, the casual user and somewhere inbetween. 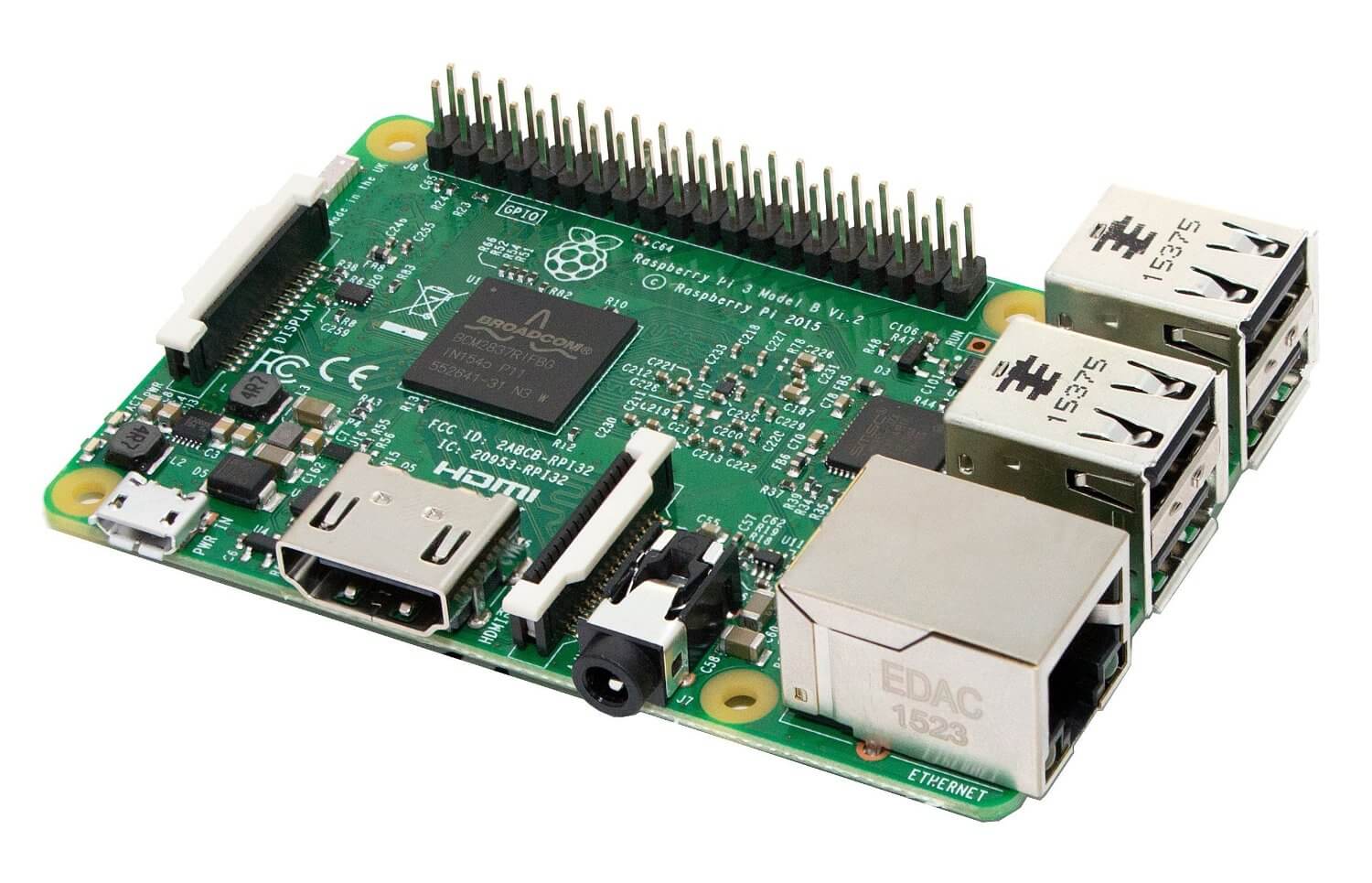 The Raspberry Pi was really the catalyst for this huge improvement in SFF PCs. The original model released to huge expectations and knocked it out of the park, especially in the education sector.

With each iteration of the Raspberry Pi, there has been a steady improvement that increased the usability of the tiny credit card sized machine (4.8 x 2.99 x 1.34 inches) into something that resembles an everyday PC. The Raspberry PI 3 Model B features a quad-core ARMv8 CPU running at 1.2Ghz with 1GB of RAM. Also included is 802.11n Wi-fi, Bluetooth, four USB ports, GPIO Pins, Ethernet port and HDMI port.

The main downfall to the Raspberry Pi is that it isn’t plug and play, you will need to find an OS for it. The Pi doesn’t really support a fully fledged Windows installation due to the ARM CPU meaning Linux is the only real way to go. You will also have to buy a separate MicroSD card to run the OS as there is no onboard storage.

If that doesn’t bother you then the Pi is a fantastic choice, it is a cheap and powerful SFF PC that can easily do general computing tasks with little fuss. Even emulation of older games is doable, the Raspberry Pi is the centre of many emulation dedicated setups out there.

There is a huge fanbase out there meaning the Pi never stagnates, there is always something new and useful to take advantage of. The Raspberry Pi 3 Model B is a great choice for tinkerers. 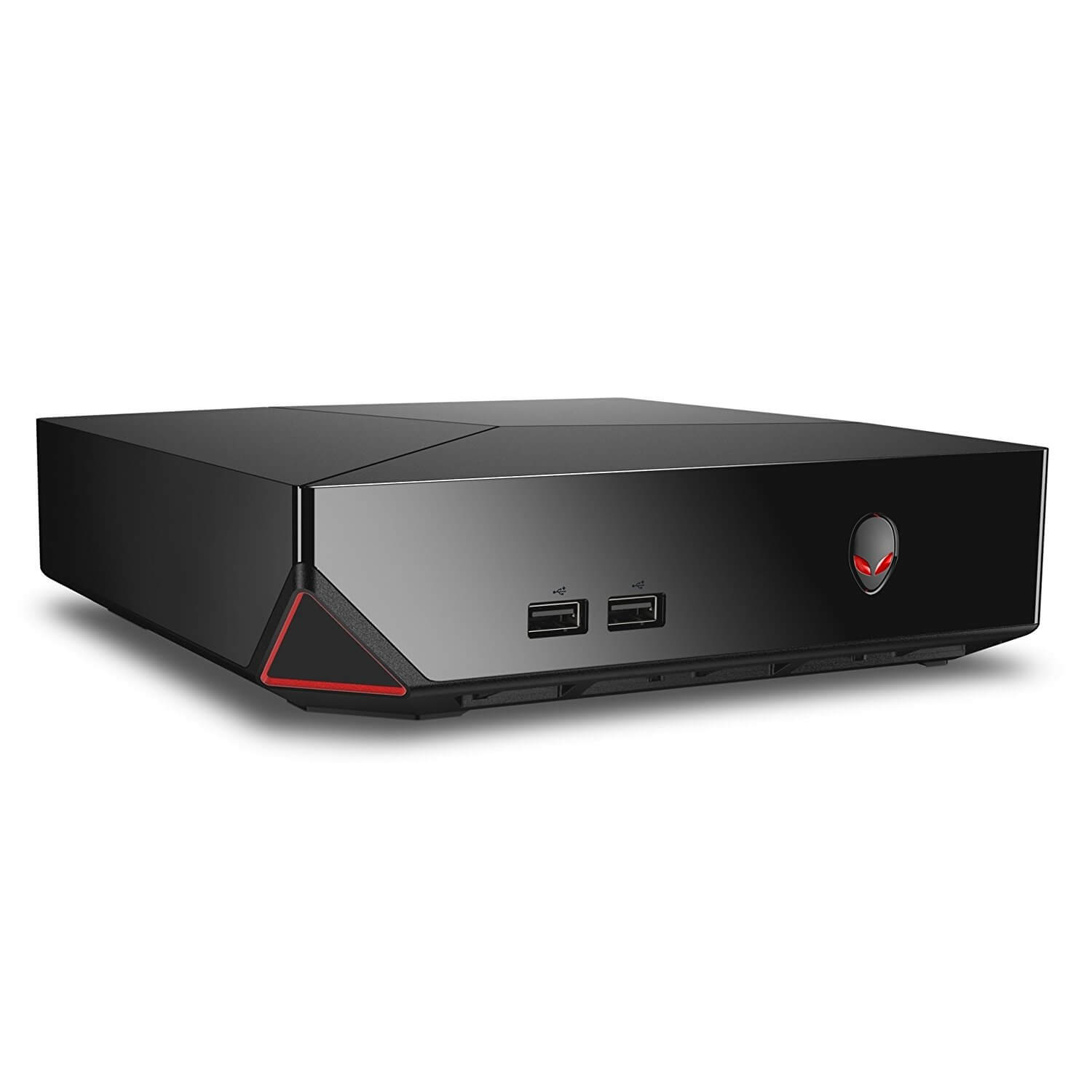 Alienware over the years may have become rather infamous amongst PC builders. Many of their machines and laptops are more light shows than unadulterated power. The Alienware Alpha though has really been popular amongst gamers looking for a SFF PC that can run games well without having to go through the process of planning their own.

The Alienware Alpha R2 is fitted with Windows 10, an Intel i7 6700T, a quad-core multithreaded CPU. It also houses a 4GB Nvidia 960, making it a great mid-tier machine. Another nice inclusion is the 1TB HDD. Also integrated into the Alpha R2 is 802.11A, Bluetooth and USB 3.0. 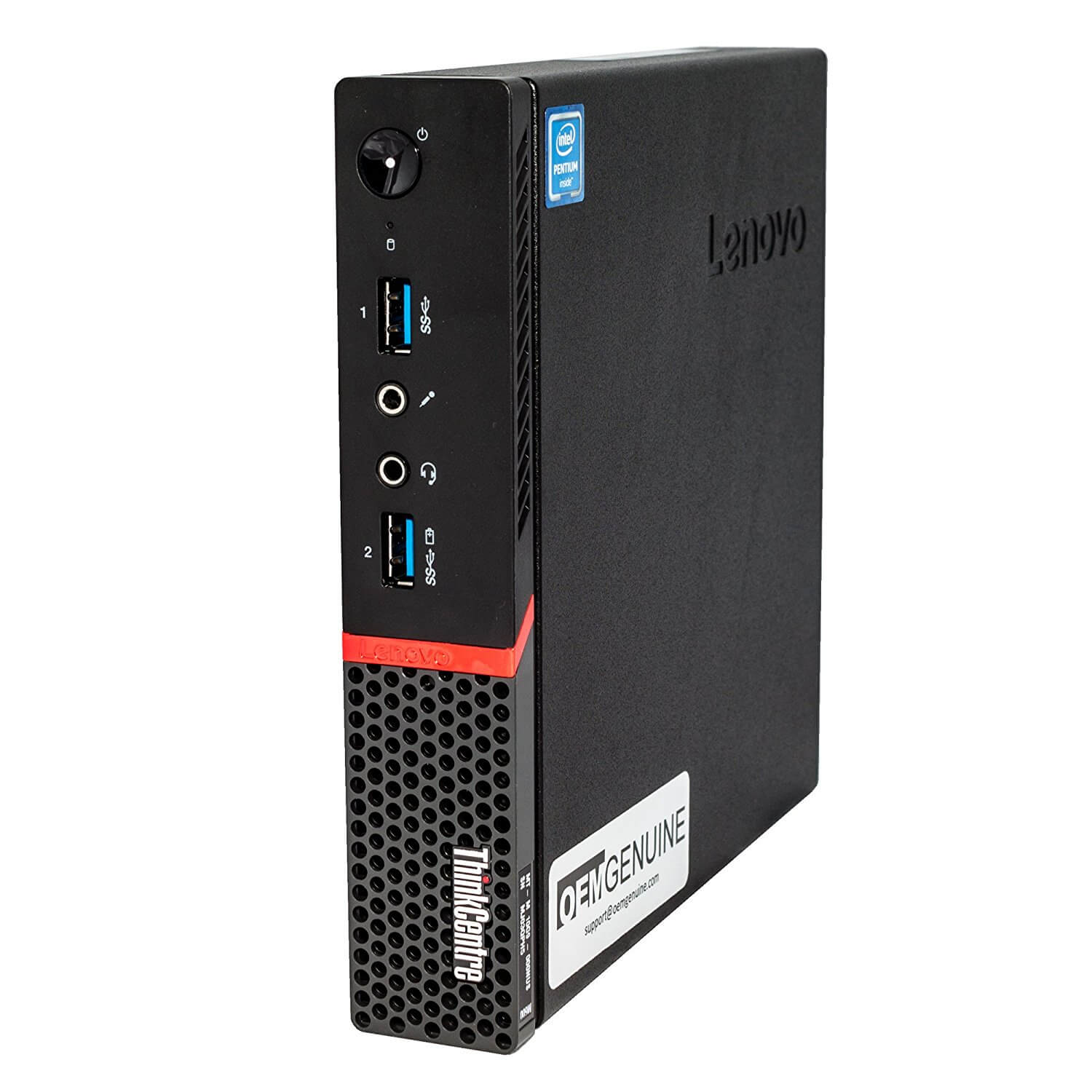 Lenovo is a huge player in the PC market they have products in just about every category.

Their ThinkCentre M600 is more of a business like offering, right down to the very smart looking exterior. Inside the machine there lies an Intel Pentium J3720 quad-core CPU, great for general PC usage. The ThinkCentre M600 is certainly not for gamers, with nothing more than integrated graphics to rely on.

The Lenovo ThinkCentre M600 is something that is aimed more at business use. It is a machine that would not look out of place in an office, that’s not to say it looks boring. 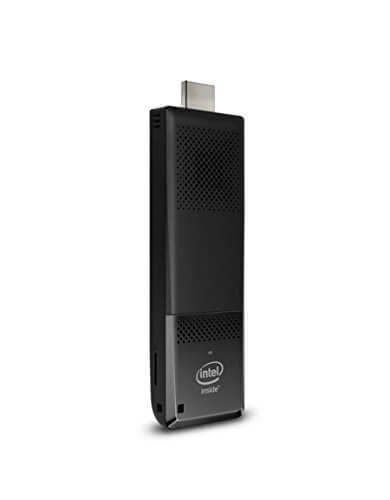 The Intel Compute stick is something of a marvel. To think a fully functioning Windows PC lies inside this Amazon Fire Stick shaped plastic plank is fascinating. It gets better when you read the technical specs of the Compute Stick.

Inside is a quad-core (yes, Quad Core) Intel Atom x5-Z8300 and 2GB DDR3L RAM. On the stick itself there are two USB ports with one of them being USB 3.0. It is powered by a single Micro USB cable. Like the Chromecast or Fire Stick, you simply plug it into any HDMI slot on your TV or monitor of choice and get to work.

Of course, you won’t be doing any serious gaming on this thing but what you have with the Intel Compute Stick is a portable Windows PC for just over $100, a fantastic value proposition. 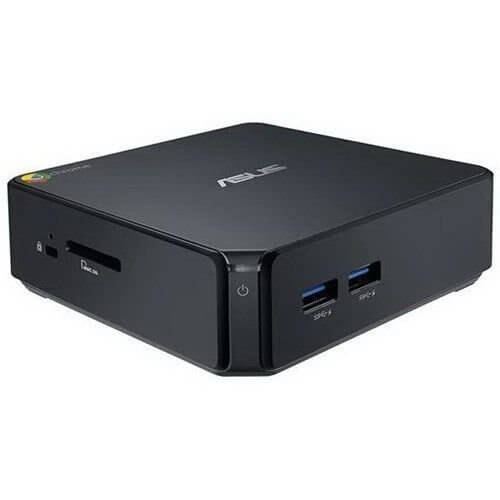 ASUS is well known for their gaming hardware, their hardware is often amongst the most well reviewed in the industry. Their SFF PC goes for something a little different though.

As the name may suggest, this box is runs on ChromeOS meaning there is no Windows support, an important factor for many people. ChromeOS is a decent operating system depending on what you need the PC for but you won’t be doing any gaming on it.

The box itself has 4GB of RAM and is powered by a 1.4GHz Intel Celeron 2955U CPU. Which is plenty power to run ChromeOS smoothly. Storage wise there is a 16GB SSD, which isn’t a lot but included is 100GBs worth of Google Drive storage. With dimensions of 12.8 x 8.3 x 2.3 inches, it can integrate into any setup with little hassle.

The M004U Deluxe is a great choice for those looking for something a bit different from their SFF PC. If you are heavily into the Google ecosystem, ChromeOS can really streamline your PC experience. 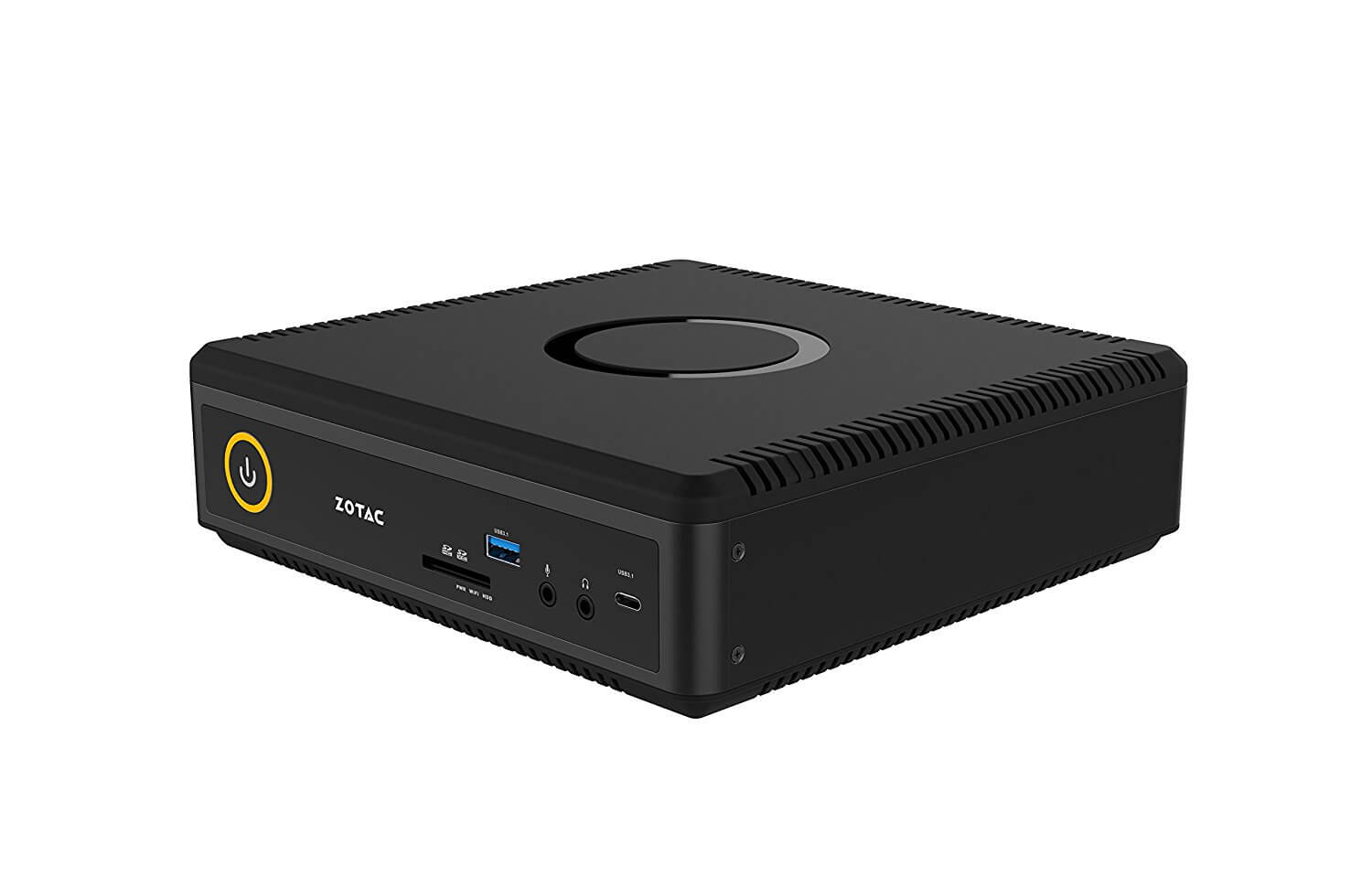 Zotac are well known for their GPUs, they have had some great heatsink designs that helped bring out the best of many graphics cards over the years. As such they have tried their hand at a gaming SFF PC.

The ZBOX Magnus is something of a mini powerhouse. It supports most of the new standards that are pervasive today on the newest motherboards such as M.2 and DDR4. It comes with an Intel Core i5 6400T which is quad-core and more impressively, a full Nvidia GTX 1060. This means the ZBOX Magnus is a great mid range PC, which for the form factor is truly amazing. If you go to a higher model there is even an option for a GTX 1070.

Also included in the box is a great I/O interface, it comes with many features that even the top motherboards don’t have. On the front there is an SD Card reader and two USB 3.1 ports, one of which is Type-C. The back has four USB ports, two are USB 3.0. Two DisplayPorts, Two HDMIs, Dual Gigabit LAN and even a connector for an antenna.

The ZBOX Magnus is barebones though, this means that it comes with no RAM, Hard Drive or OS. Of course this will add to the price significantly and is worth calculating into any budget. 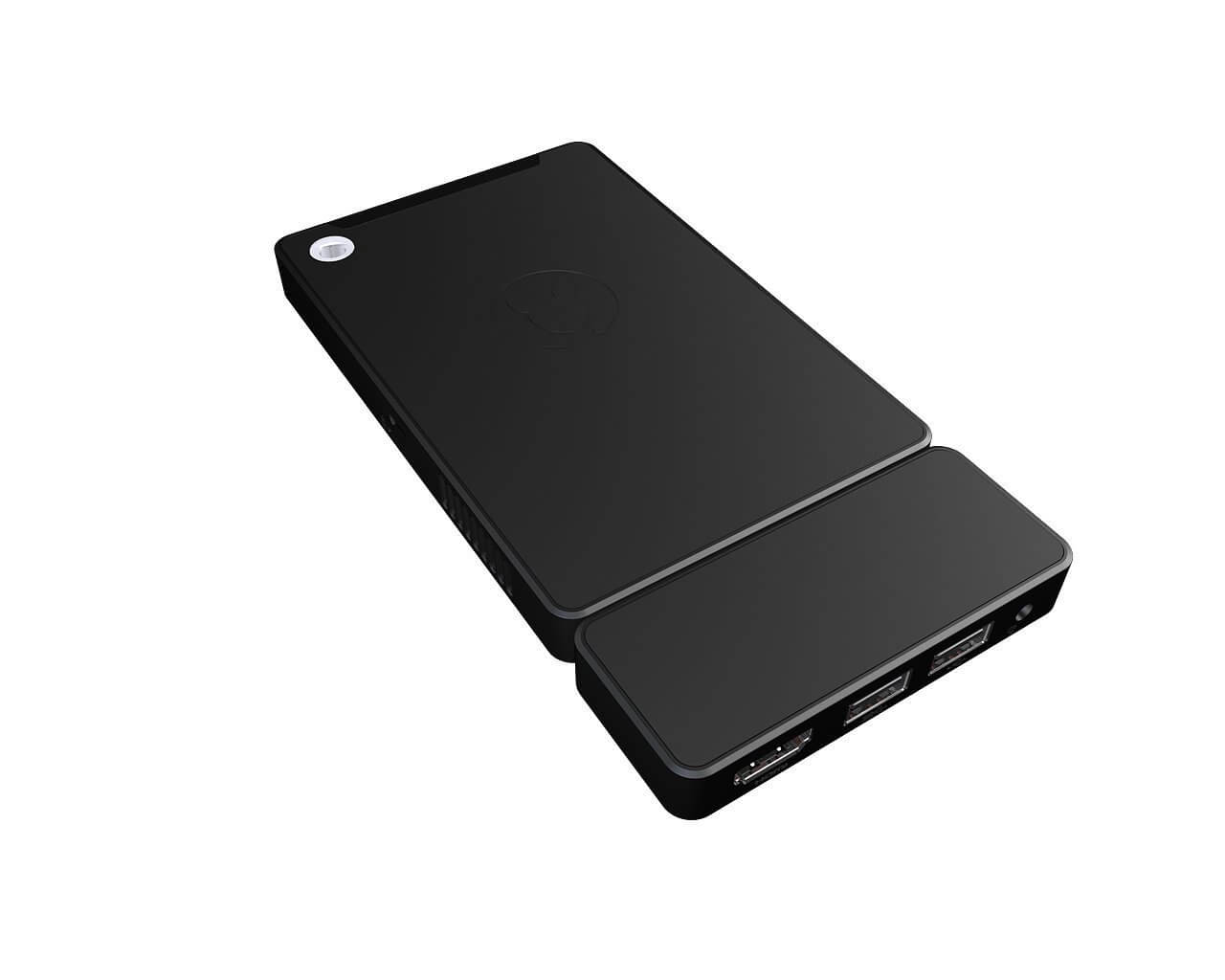 Kangaroo are kind of the new kid on the block and their SFF PC offering certainly looks a lot different to its competitors. The MD2B is a lot thinner than the other PCs in this list, making it more phone like in its proportions (4.88 x 3.17 x 0.52 inches) .

The MD2B includes the same CPU as the Intel Compute Stick, an Intel Atom x5-Z8300. That means there is full Windows support on this machine and the OS is included. There is 2GB of LPDDR3 RAM in the MD2B along with a 32GB eMMC Hard Drive.

What really makes the Kangaroo MD2B stand out is the fact there is a battery, meaning this is truly a portable PC. Kangaroo claims a four hour battery life, which for such a small device, is impressive.

I think the Kangaroo MD2B is impressive in a similar way to the Intel Compute Stick. The fact it can be powered by a battery is something that really helps put it on the map.

Small Form Factor PCs are only getting better with time, the machines on this list show that. The fact you can have a full desktop experience on a device no bigger than a TV Remote is what makes these tiny machines so enticing.