When building a new PC with the i7-8700K, to really get the most out of this capable CPU you need to pair it with the right motherboard that is equally capable. This means you need to consider many things such as VRM quality if you want to overclock the CPU, and features that you may possible need such as high SATA ports of multiple PCI x16 lanes for those running multi-GPU setups. In this guide we show you the best motherboards for the i7-8700K based on different requirements, such as those on a budget or trying to design a build for extreme overclocking. As usual, if you have any comments or feedback let us know in the comments below and we will do our best to respond – enjoy! 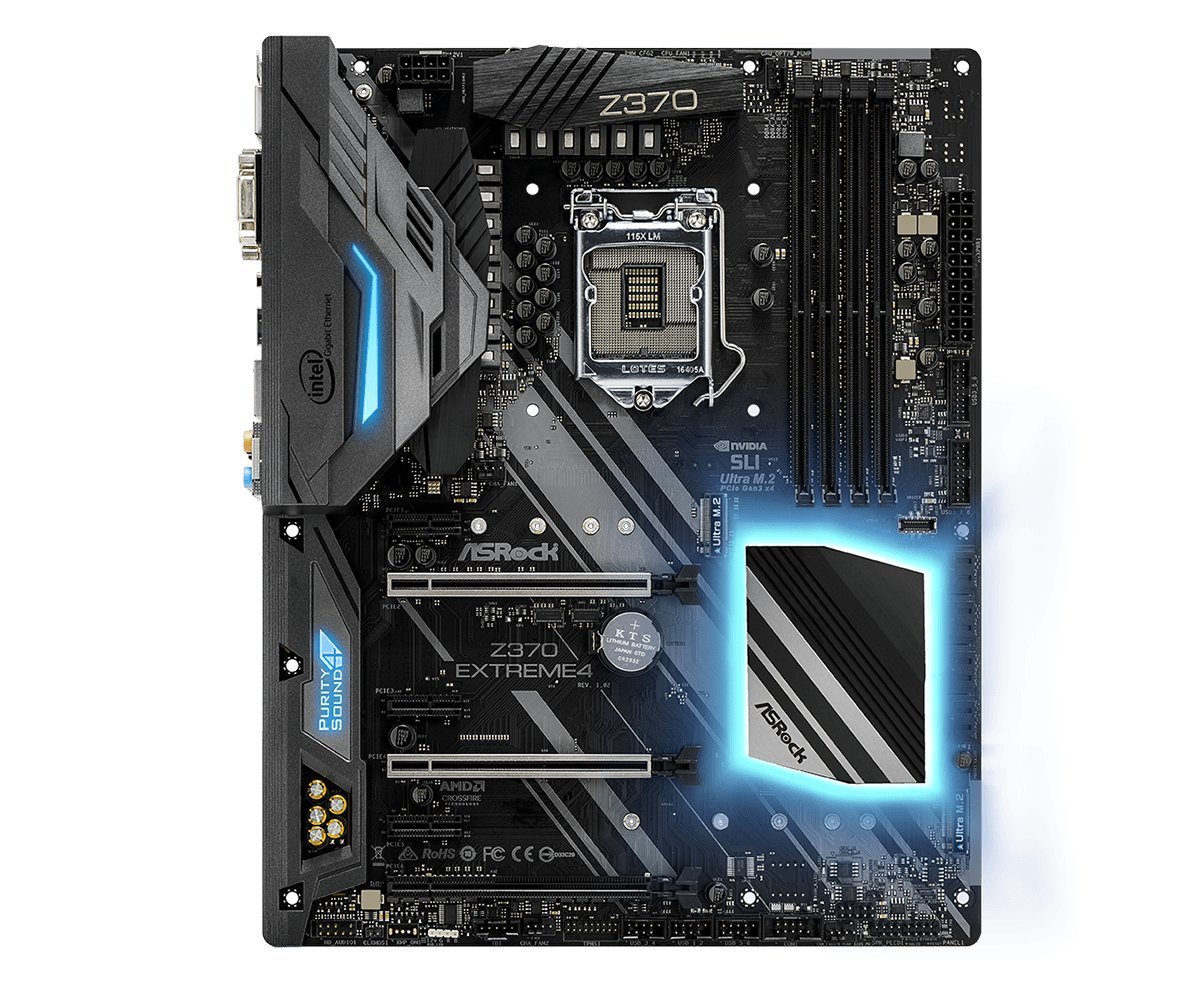 No other Z370 motherboard offers more features for the money than the ASRock Z370 Extreme 4. It truly is a high-end motherboard for budget prices – and thus is a great pairing with the i7-8700K for those who are on a more tight budget.

This is a great looking Z370 motherboard sporting and black and blue design, sporting a 12 phase design and digital PWM to accommodate those looking to overclock their i7-8700k. The Extreme4 supports up to quad SLI or 3-Way crossfire, as well as having 8 SATA3 ports and 2 Ultra M.2 slots – this motherboard is not short of connectivity. 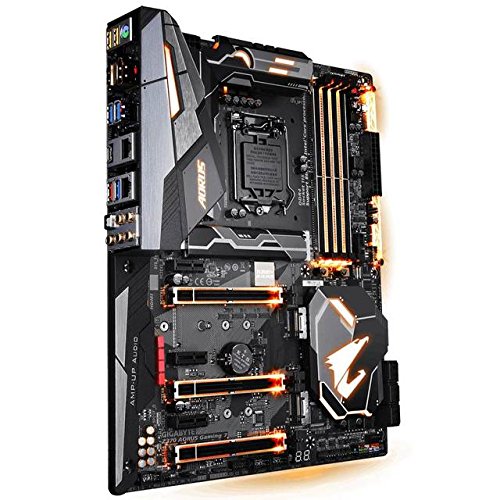 If your looking for a motherboard built for overclocking, then the Gigabyte AORUS Gaming 7 is by far your best option. This motherboard has fantastic VRM quality and thus ability to hit high overclocks. The Gaming 7 features 60A Power Stages, a new digital PRM and 76A inductors – all helping creating a stable and highly capable VRM to accommodate extreme overclocks.

Other features of the Gigabyte AORUS Gaming 7 we think are great are the 8 PWM friendly fan headers, as well as addition of many sensors to help regulate the temperature of the system during overclocks. Under the IO shield, there is also a hidden fan to help cool those heatsinks.

Our only niggle with the Gigabyte AORUS gaming 7 is the low number of internal USB ports – with only 1 header supporting USB 3.0 and 2 USB 2.0 headers, which is quite a fair bit lower number of USB internal headers than we see in any other Z370 motherboards of a similar price point. 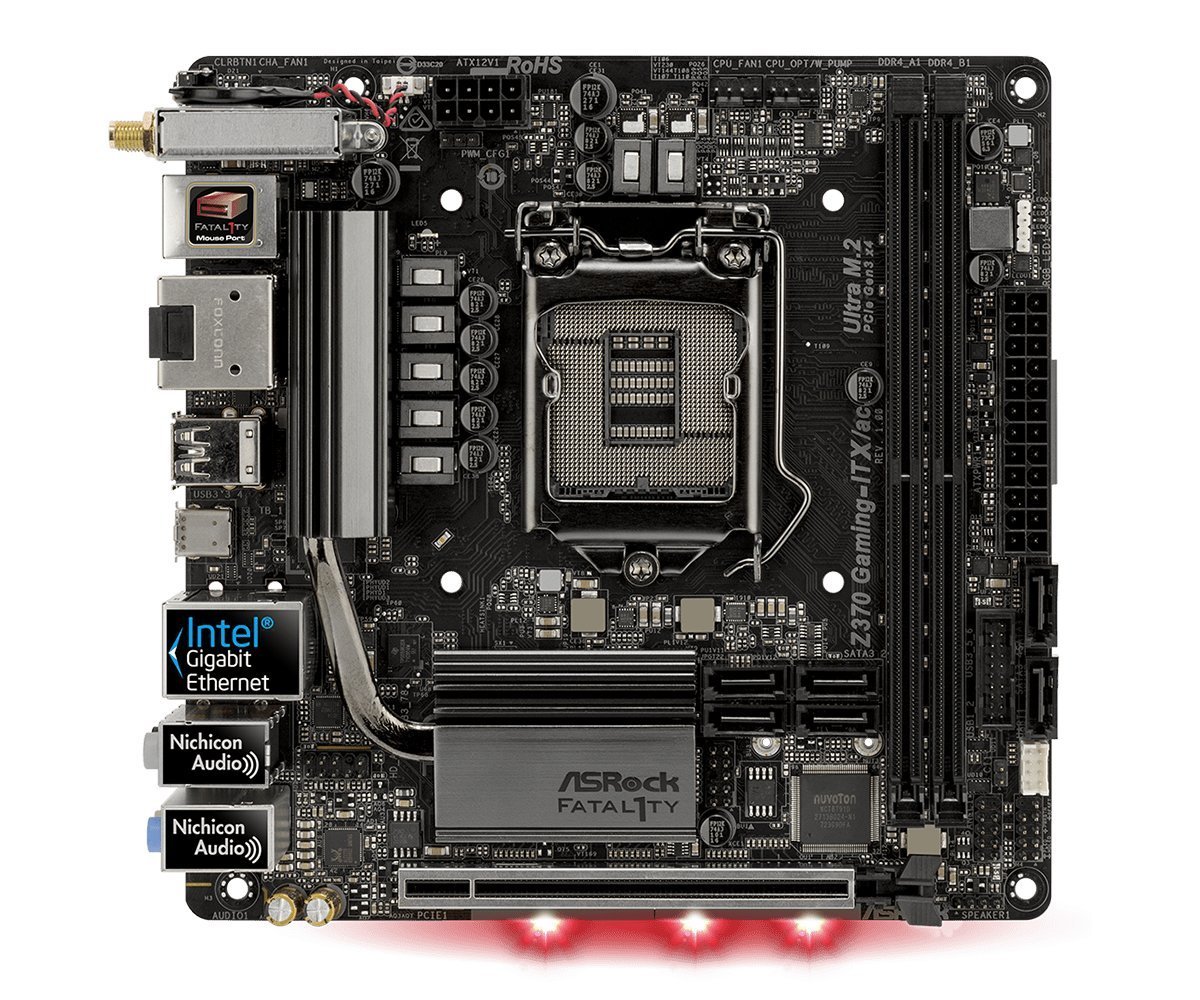 With only a few available options when picking a Z370 mini-ITX motherboard, the offering from ASRock takes the title with its Fatal1ty Z370 Gaming-ITX/ac motherboard. Our reasoning for this is that the Falat1ty has a clear CMOS button unlike the competition (bar MSI), has good build quality and for those who want to overclock their mITX Z370 motherboard, the Fatal1ty Gaming-ITX/ac has better VRM, MOSFET quality and thus power quality than the competition – with 60A per phase compared to the Asus Z370-I which only delivers 32A per phase.

Best motherboards for i7-8700k based on VRM quality 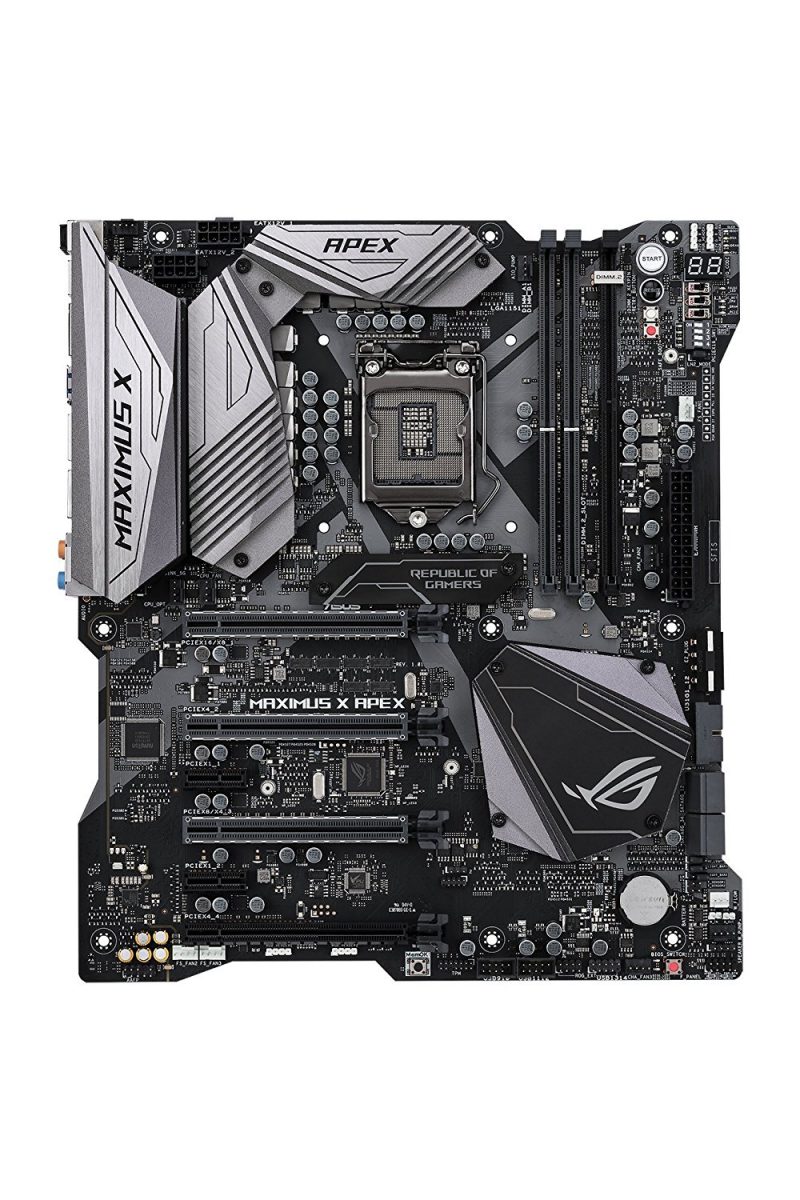 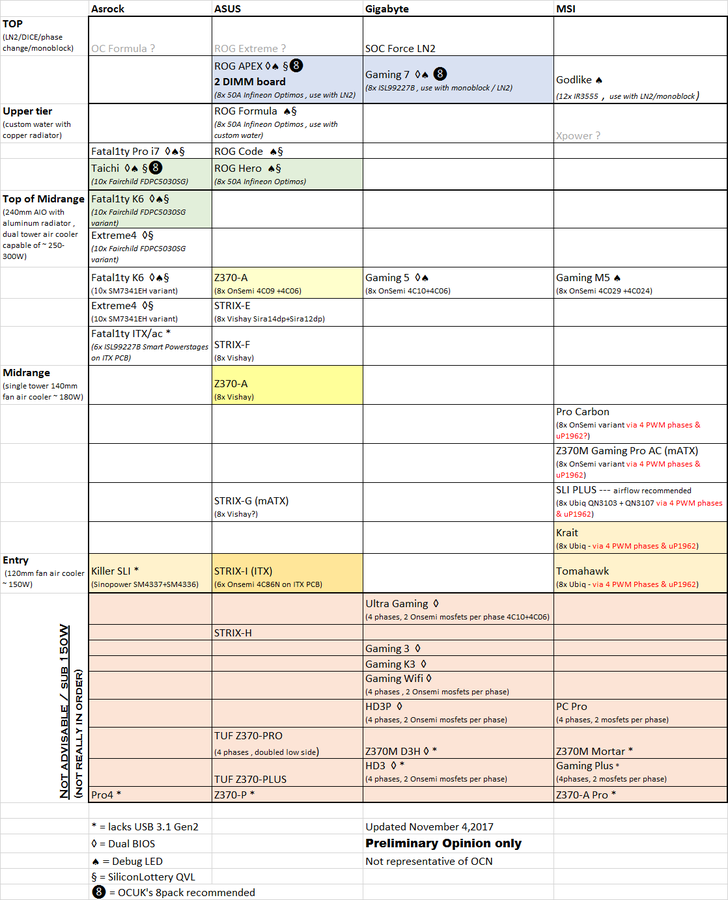