Over the past several years computer monitors have gone through great strides.  Gone are the days of long ago when a computer monitor was a bit clunky thing with poor graphics.  The newest round of monitors that is coming out is the OLED or Organic Light Emitting Diode.  These new monitors promise to not only be brighter, thinner and more efficient, but also to give you a number of other benefits over the modern LED monitors that are out.

The down side is that these monitors have been slow to make it to market.  This might not be as big of an issue, if it wasn’t for the fact that OLED displays have been popping up in all sorts of other tech.  While you can find tablets and phones that sport this new tech, the fact that there are OLED televisions on the market makes one wonder where are the computer monitors.

So, as you start to look forward to the cutting what should you be looking for?  Plenty as it turns out.  Currently you can find smaller screens that utilize this new technology at very cost effective rates, but as the screens grow larger the cost can jump up quite a bit.  You’ll find that these are screens that are capable of being bent and flexed which can open up a wide range of new possibilities for screen and monitor designs when they come to market.

Perhaps the best way to understand the updates that this new style screen possess is to compare it to the standard LED and LCD monitors that are currently on the market. The first difference that you will find is that the new screens are much thinner than that of current tech.  The layers can be much thinner than a human hair, so the actual base of your monitor can be very thin indeed.  However, to give the screen support a substrate will need to be added as well.

Leading from fact that these screens are thinner you can also guess that they would be lighter.  If you look at the way these screens are made, since they produce light they no longer need to be backlit.  When you remove this need you also dramatically drop the power requirements for an OLED monitor when compared with a standard LED or LCD monitor.

And since the screen also doesn’t need to be backlit you can get much darker blacks and a quicker response time.  It looks like a response time of 0.01 ms is possible and a refresh rate of 1 KHz is attainable.  Finally, because of the way that current LCD screens are being made off angle viewing can be rather troubling.  However, you’ll find that with and OLED monitor there is a much greater range of off angle viewing that is possible.

The first major drawback is that there aren’t really any OLED monitors on the market as of just yet.  We will highlight a model that is scheduled to be released in the spring of 2018 and another that is no longer currently available.  However, based on some of the other OLED screens that are out on the market you’ll no doubt find that once these monitors make it to market they will cost quite a bit.  Now, we’ve seen this as new monitors of different types come out, and in time these prices will come down.  But if you are looking to be an early adopter, you should be ready for the price tag that comes with it.

The other major downside to OLED monitors is the color shift/ burn in issue that can come up.  If a static image is left on the screen for too long, a high contrast image can be burnt into your screen.  Also, the elements responsible for the RGB colors in this type of screen deteriorate at different rates.  This means that over time there will be a shift in the colors that the screen displays.  Playing games and watching videos shouldn’t be hampered much by this, however if you are looking to do something like edit photos this could become an issue.

Currently, there are no OLED computer monitors widely available on the market.  However, we have found two to highlight from a couple different companies. 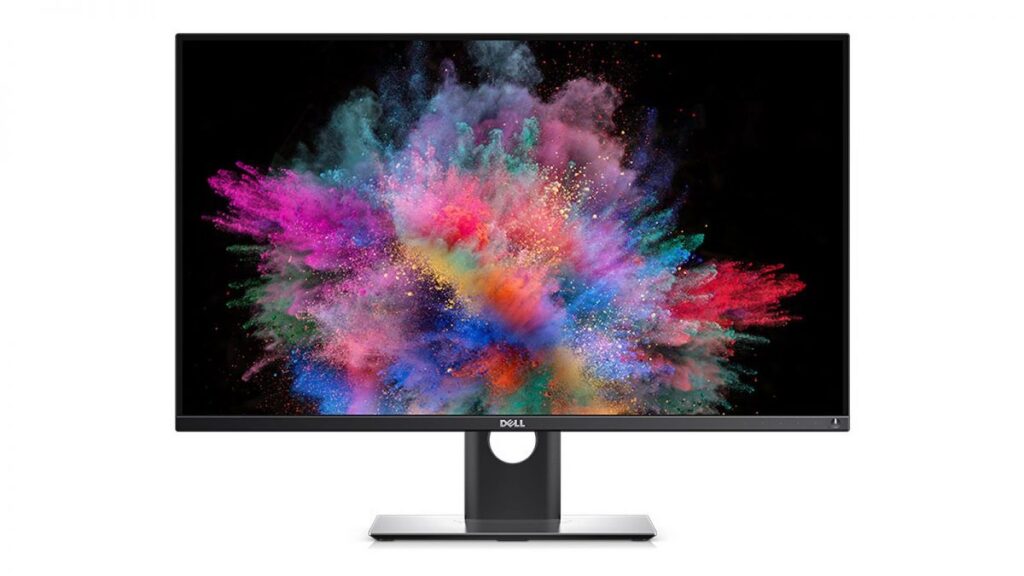 A number of sites will mention the UP3017Q, the Dell 30 UltraSharp OLED Monitor.  While it was available this screen offered a vivid display of colors on a true black background.  It was a 30 inch screen that supported Ultra HD 4K resolution (3840 x 2160).  It sported a 120 Hz refresh rate and a response time of 0.1 ms.

The major downside of this monitor is that it is no longer available.  The product still has a page on Dell’s website leading some to speculate that this model or one very similar to it may come out.  Dell has noted that the product was taken off the market since they couldn’t come up with a solution for the color degradation.  Also, there is no word on the price currently. 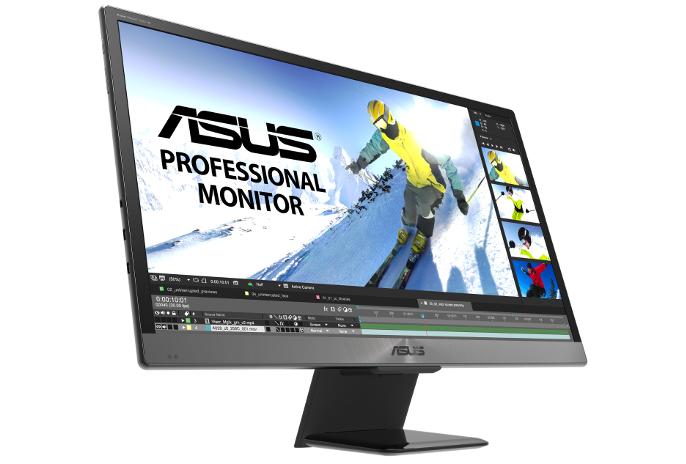 When this monitor comes out it should be a 21.6 inch screen with 4K resolution (3840 x 2160).  The OLED monitor is also being marketed as a portable option, letting you take your screen with you to get vivid views even while on the road.  The company has also noted that it will feature HDR-10 support.  Asus claims that this monitor will be available in the Spring of 2018.

There are a couple downsides to note on the Asus offering.  The first being that the release date is a mere Spring 2018, so there is no firm date to look forward to this monitor coming out.  Additionally, there is no word as to how much this monitor will cost you as it comes out.

OLED monitors seem poised to offer some amazing graphics and views when they begin to roll out.  As we’ve seen in the other OLED screens that are on the market there is a lot to look forward to.  They have been delayed but we can start to see them as we move later into 2018.

We will still need to see how companies will deal with the issues of color shifting and screen burn in.  And after that we will have to see how much these will run as they hit the market.  You can expect that after these monitors have been out for a while the prices will come to a more reasonable rate.

Lastly, we’d love to hear from you.  Will you be picking one up when they come out?  Perhaps you where lucky enough to pick up one of the Dell models while they where on the market.  Either way we’d love to hear what you think about these OLED monitors.  Please do so in the comments section below.