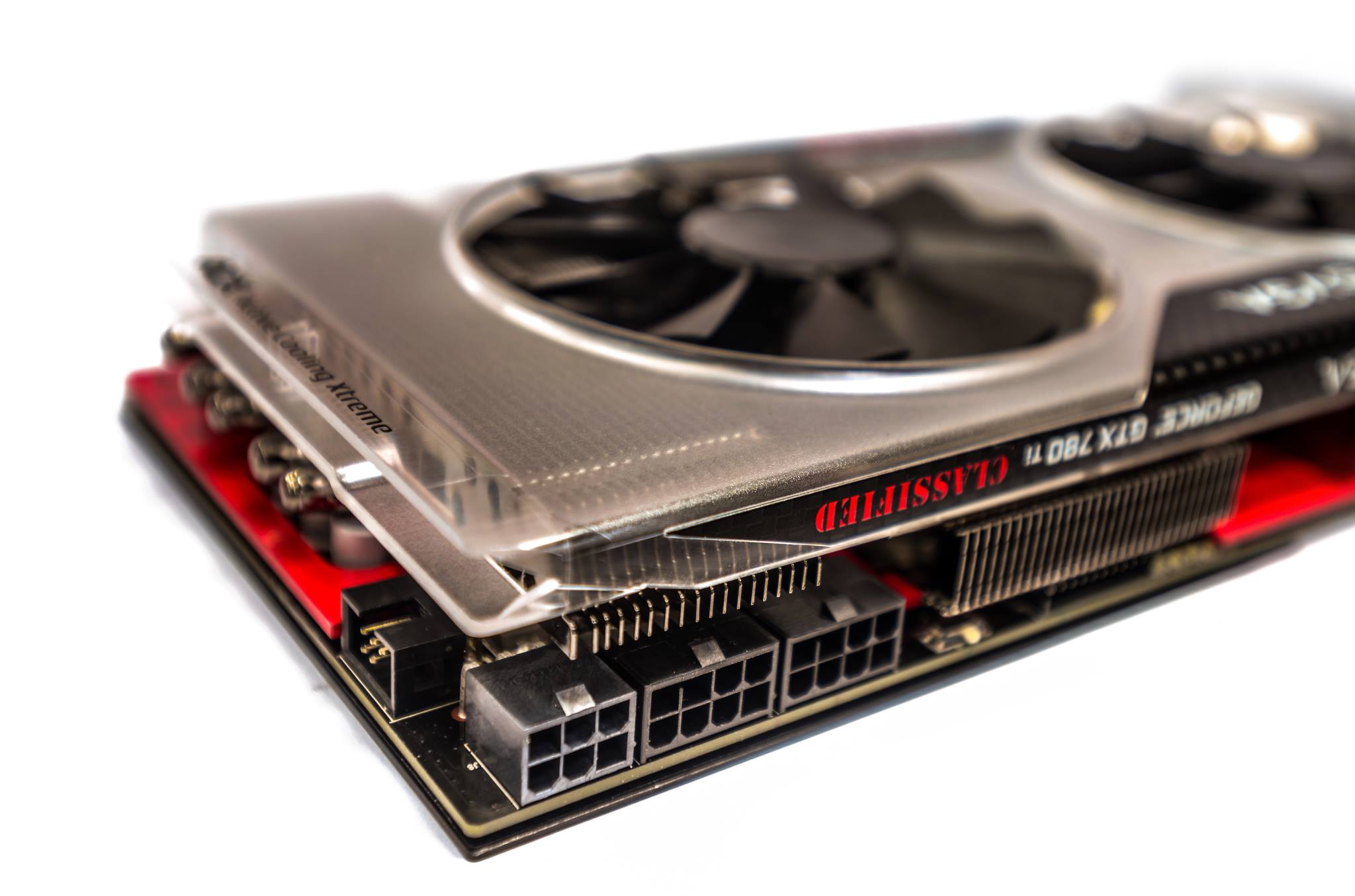 If you are looking for a fast graphics card or GPU, and want to save a little money (possibly, see below), consider getting the EVGA GeForce GTX 780. It is not the most recent model of the GeForce GTX (which, as of this writing, could be a GeForce GTX 1050 or GeForce GTX 1060).

In fact, you’ll find listings for the GeForce 780 on Amazon where the first review was way back in 2014 and the last, most “recent” review was 2016. This should give you an idea of the age of this model.

However, while you may decide that you really want the 780 model for a variety of reasons. Perhaps it’s just as simple as this model works best with your older computer. Older isn’t always bad. Read on.

What Is the EVGA GeForce GTX 780 and How Does It Work?

The GPU core in a graphics card is also useful if you want to mine cryptocurrency. It adds another computer core to your mining setup and will enable you to mine coins like Bitcoin or Monero much more quickly, whether you are mining just one coin directly or using a mining pool.

Considerations When Buying a Graphics Card for Your Desktop Computer

Before we continue, it is worth mentioning that you need to determine what exactly your needs are in getting a new (or “new” used graphics card) for your existing computer. Do you want to play games? Are you looking to mine Bitcoin or Ethereum? Do you need something that will help with video production?

What sort of resolution are you hoping to get from your computer? If you are looking for 4K UltraHD then you should probably get a newer GPU graphics card than this older model.

Check your motherboard. What available slots do you have for a new graphics card?

You should also check to make sure your operating system can handle the card you buy. If you are running Linux instead of Windows, this is especially important because Linux (including Ubuntu) is notoriously not so great with graphics card drivers.

Note: It is very important to see if your power supply in your desktop computer can handle the power required to drive this graphics card. If you have an older power supply that does not have enough wattage, you could end up blowing out your motherboard by installing a powerful graphics card with a GPU like this one. 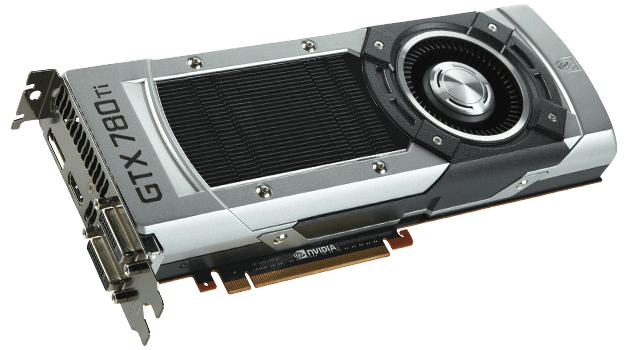 Here are the technical specs for this version of the GeForce graphics card:

The GeForce 780 has two cooling fans built into the card to keep your computer from overheating during “hot” gameplay. Heat is especially an issue with high intensity cryptocurrency mining, so having two built-in fans is a great thing!

Even though this is not a recent model of the GeForce GTX graphics card series, the price (as of this writing) is still high. We found one seller who was offering this card for $264.32 used (in “very good” condition with $8.42 shipping costs on Amazon. A “Used – Like New” listing was at an outrageous price of $900 with $5.99 shipping costs.

These types of prices for used graphic cards will fluctuate up and down depending on supply and demand. Obviously, spending $900 for an older model graphics card is just silly and not necessary when brand new cards with more advanced technologies sell for under $300. Those types of super pricey listings may perhaps be fake listings designed to make the lower price for the lesser quality used item seem like a great deal.

If you are looking for a top of the line modern graphics card, the GeForce GTX 1070 SC retails for $389.99 with free Prime shipping on Amazon.

For this reason, unless you can find a new or used GeForce 780 for a really great price, you might as well buy a brand new newer graphics card if it works with your computer. 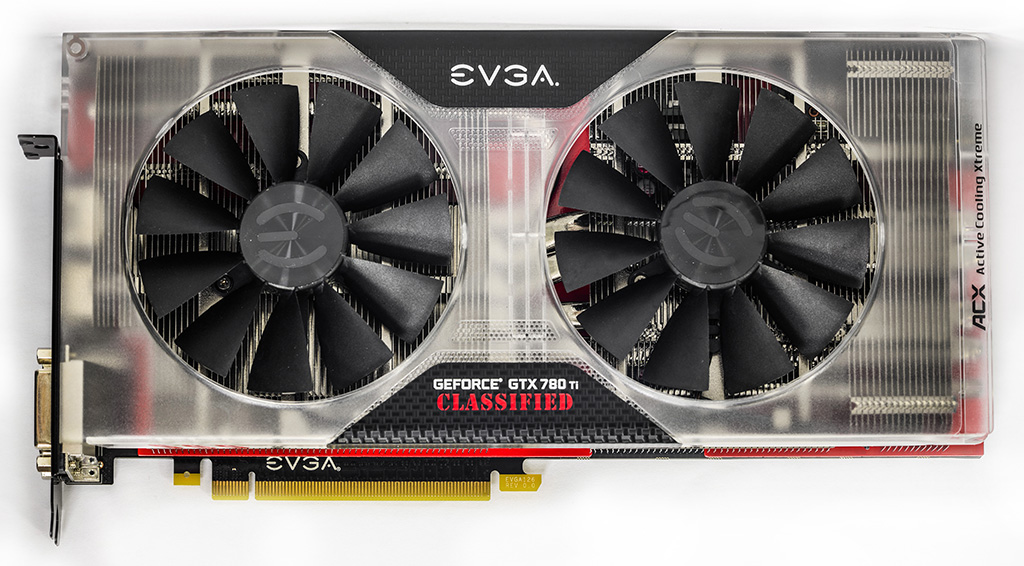 This card gets mostly great reviews, with an average of 4.3 out of 5 stars on one listing we found. Other listings might be a little different.

Some problems with this card have been reported. For one thing, this graphics card can be a bit noisy through something called “coil whine.” How-To Geek defines coil whine as follows:

“On a pure technical level, coil whine refers to an undesirable noise emitted by an electronic component vibrating as power runs through an electrical cable.”

In other words, this particular buzzing noise is not due to the double fans, which is what you would expect, but the actual power running through the power cable.

If this doesn’t make you think twice about the potential fire hazard of a powerful piece of computer equipment, then we don’t know what will! However, do not worry. This coil whine noise does not mean your computer is going to blow up or set on fire.

Almost all pieces of electrical equipment have a small level of noise going through the power cable, it is just that we human beings can’t typically hear it. It is not something you should be concerned about.

Now, if you hear some hissing or whistling sounds, that is not coil whine but “capacitor squeal,” which is an indication something technical is about to have a major failure.

Some reviews have reported failures of these 780 graphics cards not too soon after they were purchased. Fortunately, the company has good customer service and replaced them.

The thing you have to ask yourself now, is, are you willing to risk that with an older, used Nvidia GeForce model that might not be under warranty anymore and cannot be replaced? Think about this before buying a used GTX 780 graphics card and consider buying a newer one instead.

Despite some issues, this GeForce graphics card with Nvidia would not be so popular after all these years if it weren’t good at what it was supposed to do.

The performance, if you base it on 2014 to 2016 benchmarks, was superb. People have reported that it handles 60 frame rates per second with ease.

Installation is easy, and the card is relatively quiet (except for the aforementioned “coil whine” noise.)

Here is a review from a happy customer in 2015:

“After purchasing a second one to go SLI I cannot say that I've been dissapointed. I run everything at ultra/high/mega/super/spaztastic and it delivers. The first one was enough to give me daymares but the second one made dreams into streams (part of the reason I got the second one was for 3D modeling) This card performs like a champ and will make your gaming experience that much more exciting. Don't get bogged down by a POS, get the big kid pants and pwn the schoolyard.”

Well, there you have it. You can run things that are positively “spaztastic” on this and it will run great! Now, will it handle the most super Ultra HD of 2018 and 2019? Perhaps not, but has technology really changed much since then? You will have to be the judge of that. 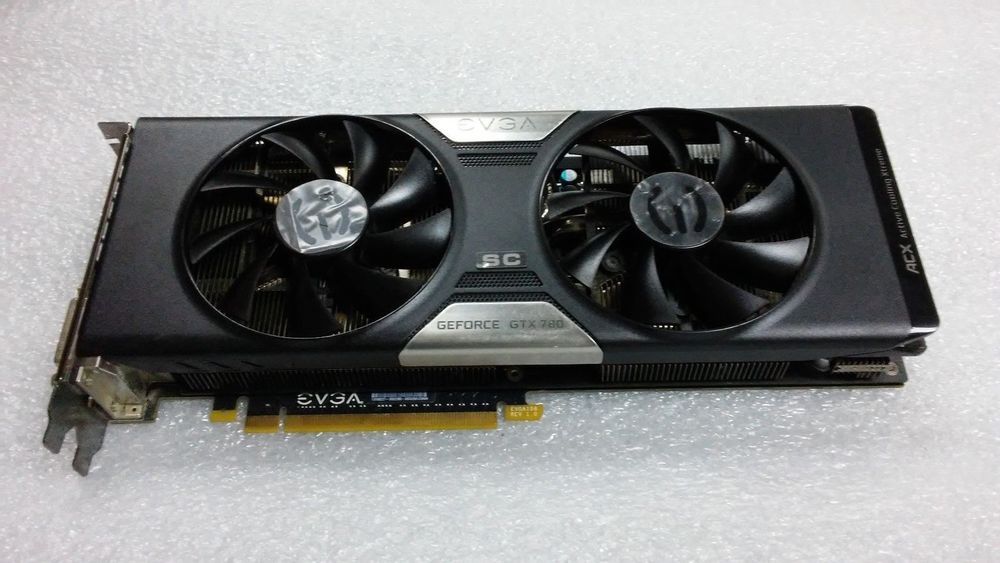 As we have already said, this model is not the most recent. If you want a more recent model at a great price, try the EVGA GeForce GTX 1050 Ti FTW Gaming Graphic Card.

It has 1 GB more of RAM for a total of 4 GB (up from 3 GB with the 780 models). Other detailed technical specs listed include:

Or, as we already mentioned, go a step up and get the 1070 SC GeForce graphics card, another dual fan card. This has 8 GB of RAM, so you will really be working with power.

Given that you can get an updated model of this Nvidia GTX graphics card that is more powerful for a little less money, we think the choice is clear. Get the newer model – that is, unless your computer cannot handle it and you need the previous version.

It’s too bad that the prices on these cards used is so expensive. At least, that is what we have found in our research. Things might have changed, however, by the time you read this article. It could be that the market for used 780 graphic cards of the GTX variety has gotten saturated or just not as much interest. If you can nab one of these for under $150 and it is in good condition, or even better yet, still new, you might want to go for it.

You can consider that technologies these days don’t always change so much from year to year that you always have to buy the newest and greatest. Sometimes upgrades are offered for purchase not because they are better, but to simply gain money for the corporation. All that said, the only reason to buy something older is if it is a lot cheaper, and that unfortunately is not the case here whatsoever with our 780 graphics card. Too bad.

Amazon, of course, is a good place to search for a used GTX 780 graphics card, as is eBay. You might want to check Overstock, Newegg, and other websites for good deals. To track the historical prices of items listed on Amazon, and thus get the best deal possible, use the free price watch tool at CamelCamelCamel.

You should also compare the prices of the 780 with its newer cousins, the 1050, 1060, and 1070 powerful GPU graphics cards. You will probably find, as we did, that the newer cards are actually more economical and have the latest and greatest technologies.

Most likely, you will buy something newer. But whatever you buy, you should still be getting a great graphics card. Enjoy your gaming or your cryptocurrency mining!