Silent PCs are serious business. There is nothing more annoying than electronics that sound like jet planes taking off, especially when that device is located in the same place that you sleep. Cooling potential is important too, it is all well and good having fans that are quiet but if they aren’t moving enough air, they may as well not be there at all. Thankfully there are companies out there dedicated to creating quiet PC fans that do a great job of cooling your PC and keeping quiet at the same time. The fans in this list will be measured by both the sound they make (in decibels) and their CFM values. CFM or Cubic Feet per Minute is the unit used to measure airflow, especially useful for determining what PC fan you want. Feel free to mention any fans we may have missed in the comments below.

It can be difficult to really put into context how loud any sort of decibel value so to make it easier, here is a general scale of everyday noises attached to a decibel metric:

Of course the threshold of what is an acceptable noise level varies from person to person, so take into account each of these equations and figure out what you could live with.

Without further a due, below are our top picks for a quiet case fan that we would use to build an ultra-silent PC. 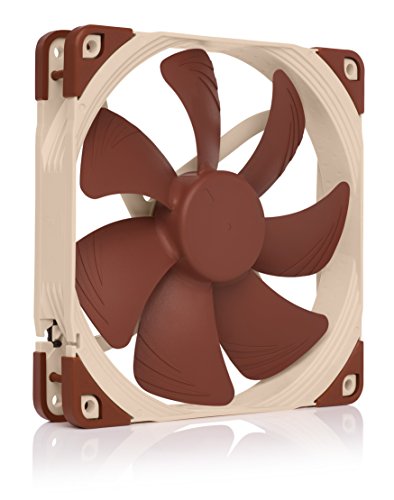 Noctua are the kings of PC cooling solutions. From their heatsinks to their thermal paste. Everything they produce is of the absolute top quality. Their colour choices may be somewhat divisive but the performance is unanimously fantastic. The NF-A14 is no exception.

Noctua fans may be some of the most expensive but for the money you are getting a fan that operates at 17 dB and pushes a mighty 14 CFM, this is hugely impressive especially when compared to others, even on this list. The NF-A14 also comes with a ULN (Ultra Low Noise) adaptor, that limits the RPM of the fan, allowing you to further be in control of the noise output. A nice addition from Noctua, proving the premium is certainly worth it. If the colour scheme really irks you, there is the Redux range of which performs just as well but comes in a more palatable dark and light grey assortment ( A lot cheaper too!). Even the packaging of these Noctua fans is seriously impressive; lovely attention to detail. Noctua fans also come with a six year warranty, so you may not need another fan for a very long time. 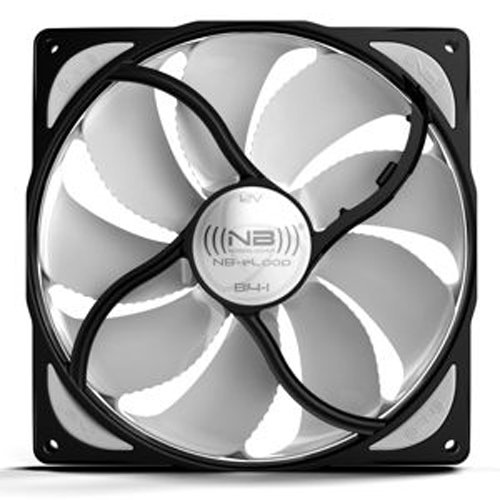 Noiseblocker may not be as big a name as some of the others on this list but it does inspire confidence. The NB-eloop B14-PS fan itself goes for a nice conventional and complementary white fan housed by a black frame. It operates at just 17.9dB but only moves around 8.4 CFM worth of air. Not the most impressive for the price but it is certainly quiet. It also comes with a mounting mechanism that is designed to cut back on vibration, a nice inclusion. 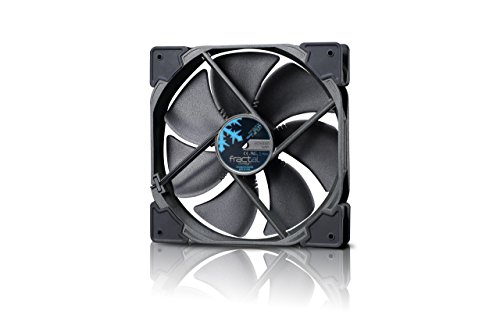 Fractal Design may be more well known for their great cases but they make some good PC fans too. The Venturi HP-14 has a nice grey on black design and the centre sticker has a nice ice blue accent that really pulls the look together, there is a white version too if that is more in fitting with your build.

Price wise it isn’t too expensive either, coming in under $20 makes it a bit more of a budget offering for quiet PC fans. The Venturi is louder than the Noctua at 19.6dB but not hugely so but the CFM is a bit of step back at just 7.9 CFM. For the money though, the Venturi isn’t  a bad choice. 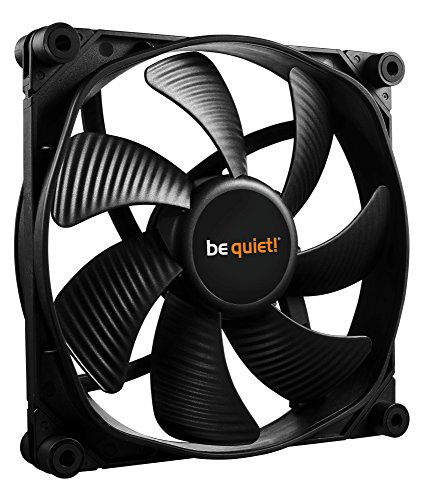 If you thought the Noctua was expensive… The Silent Wings 2 is a little to get hold of and the price reflects that but you get a quality product for the price. The Silent Wings series has a great reputation and for good reason.

Though the Silent Wings 2 may operate at 20.1dB it moves air at 15 CFM, an improvement over the Noctua at a slight increase in noise. It also comes with its own anti-vibration mounting kit, to help combat that annoying hum you can get with many case fans. Look wise, it is a nice uniform black, a lot less problematic than the Noctua signature look. The fact that scarcity has seen the price rocket means that the Noctua is probably of better value at the moment. 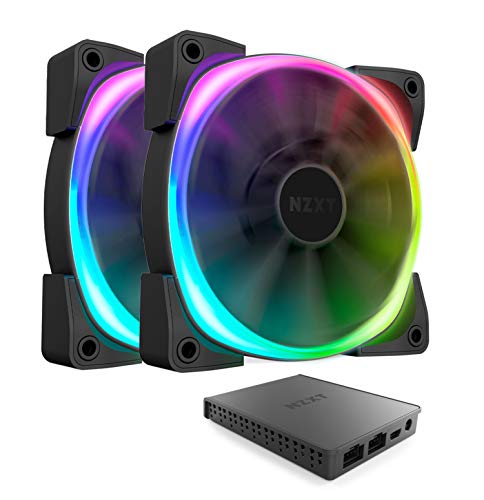 NZXT are also more well known for their PC cases but the FN V2 is a fantastic budget choice. At just ten dollars you are getting a lot of fan for the money.

The FN V2 has a nice black and white design that won’t offend anyone but it won’t set the world alight, the performance is where this fan really stands out. It is a bit loud at 22.6dB but it does a lot with that noise pushing a respectable 18.7 CFM, that puts a lot of more expensive fans to shame. If noise is of the utmost priority, this may not be the fan for you but if you want a nice balance between performance, noise and price, the NZXT FN V2 is the fan for you. 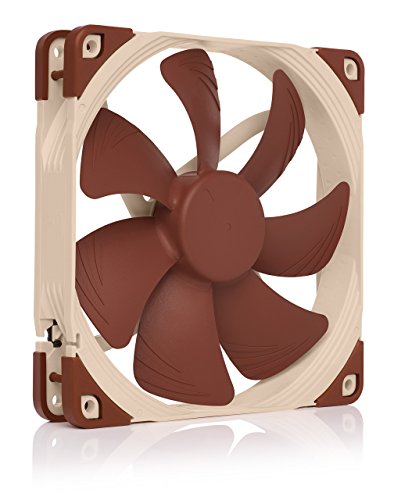 This Noctua NH-A14FLX fan shares a lot of similarities with the one mentioned earlier in this list but with a few distinct differences. Firstly the shame of the fan is circular rather than square. More impressively though is how it performs.

It is slightly louder than the standard NF-A14 coming in at 23.7dB but it pushes a really impressive 24.5 CFM, over ten more at the sacrifice of 6.7dB. That sacrifice is up to the individual but you will certainly be getting fantastic cooling at three dollars cheaper than its square sibling. Included is the standard six year warranty, just a small part of what makes these Noctua fans so enticing.

Finding the correct quiet case fans for your PC can be a bit of an ordeal, with all the graphs and numbers, it is easy for your eyes to just glaze over. With this list though you should be able to find the fan that fits your needs at a price that is acceptable. In the end, when you can’t even tell if your PC is on, it will be worth the effort.