Home / Microphones / Snowball Mic: Is This USB Microphone Worth Your Money?

Snowball Mic: Is This USB Microphone Worth Your Money? 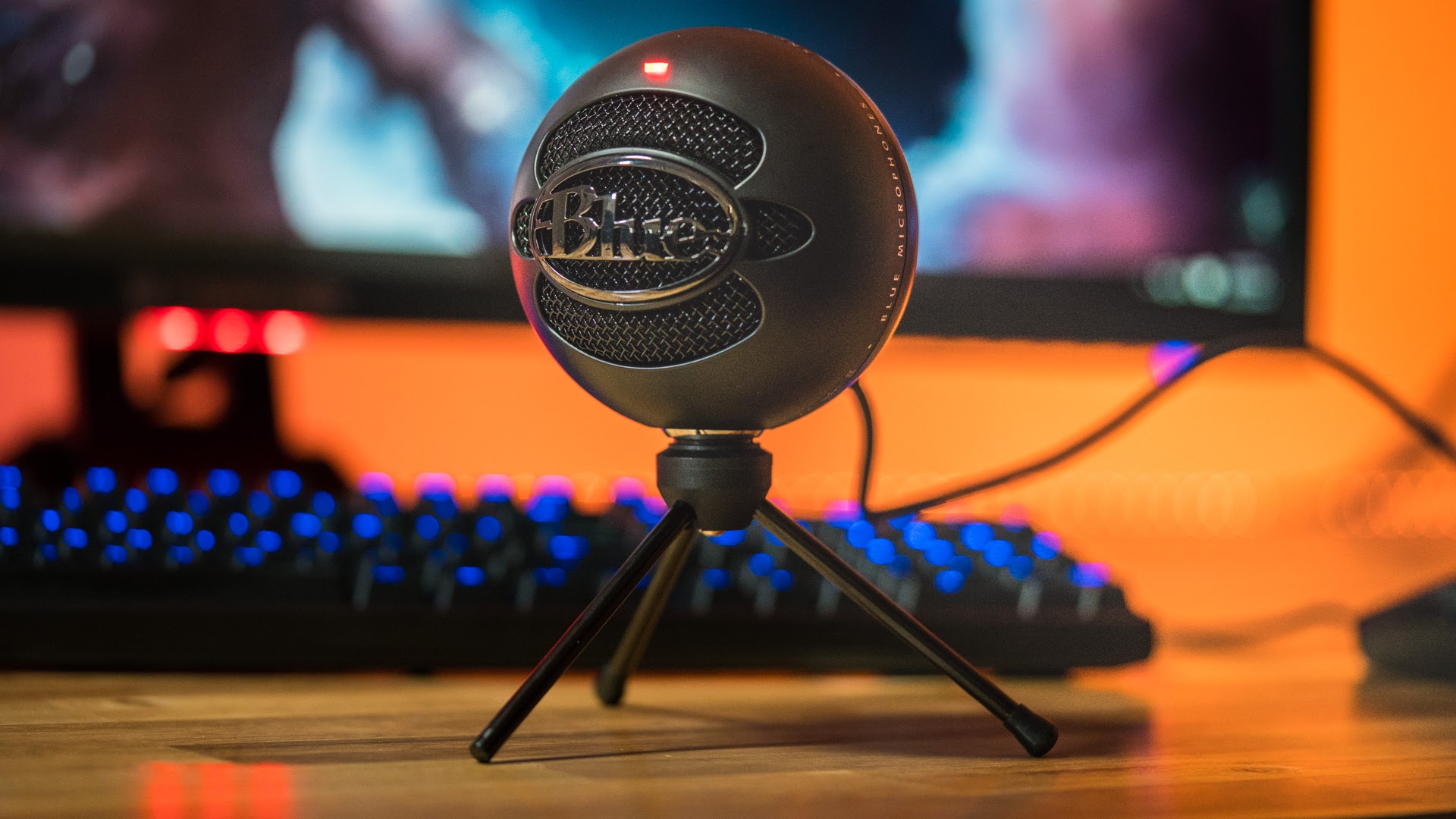 A good microphone is a solid investment whether you’re using it to record music, play games with friends, stream, make YouTube videos, or pretty much anything else you might use a microphone for. If you’ve spent your entire life using cheap microphones that muffle your voice, now is the perfect time to make the upgrade.

If you’re looking for a good mic for your PC, investing in a USB mic is a good way to get high quality without having to spend a ton of money on extra equipment. The Blue Snowball mic is one of the most affordable, yet powerful USB mics on the market. We put together this review with comparisons included to help you decide if this is the right option for your needs.

Quick Navigation
What Is a USB Microphone?
What Is the Blue Snowball?
The Verdict: A Solid and Versatile Budget USB Mic

What Is a USB Microphone?

When you connect a microphone to a controller or phone using a 3.5mm audio jack, you’re only supplying it with a little bit of power. While advances in technology have allowed us to create better mics with lower power requirements, there’s still no replacement for more power. A standard microphone connects to a power (or powered) source via an XLR cable to give you the full power you need to get professional-quality recordings, but that requires multiple peripherals and being plugged into a wall outlet. Thankfully, you do have one other option: USB microphones.

USB mics are designed to get power from the USB port on your computer or a powered USB hub, allowing them to get more power than a 3.5mm audio jack provides with less of an investment than a traditional XLR mic setup requires. The important thing to keep in mind when it comes to USB mics is that they’re sort of a compromise between 3.5mm mics and XLR mics, so you won’t get the same sound quality you would with a nicer XLR mic. Still, this is a great way to go if you’re looking for a minimalistic microphone setup that doesn’t require any extra hardware or money spent.

What Is the Blue Snowball?

Since high-quality USB microphones first started appearing on the market in the mid-2000s, Blue has been one of the most popular USB microphone brands. Blue is known for using its own condenser technology to provide a unique, professional sound that can be hard to find in other USB microphones. While the Blue Yeti (the microphone that originally popularized Blue as a USB microphone brand) has a relatively standard look and a price tag of more than $100, the Blue Snowball has a unique ball design that gives it a different look and sound.

The Blue Snowball is more of the entry-level Blue USB mic. The standard Blue Snowball mic costs just $69.99 while the Snowball Ice comes in at just $49.99. It comes in five different colors and weighs just 460g, and the only thing you have to worry about in terms of connecting it is plugging the USB cable in. This is an omnidirectional condenser mic with a sample rate of 44.1 kHz/16 bit, so it’s not quite the same as an XLR mic spec-wise though it uses similar technology. 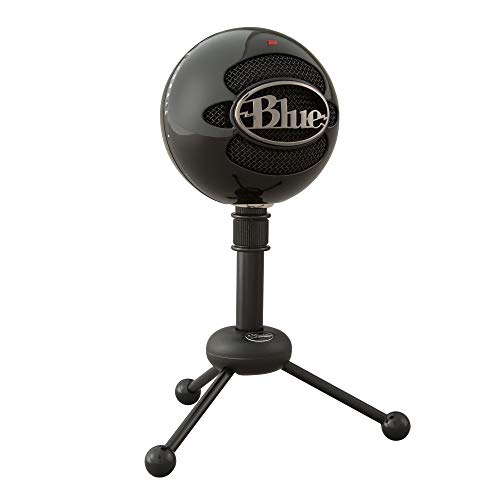 One thing you need to keep in mind when you buy a Blue Snowball is what you’re actually getting. The USB ports on your desktop or laptop may be capable of providing more power than a 3.5mm jack, but that doesn’t mean they provide the same power as an XLR mic. The only way you’re going to get truly professional sound is to use a full setup that includes phantom power and equipment for mixing and equalizing your vocals. What you will get is a quality USB mic that will be a big upgrade from your Xbox mic or old Skype headset.

That being said, here are some of the specific details for the Blue Snowball mic.

The microphone portion of the Blue Snowball is actually just the large ball you see at the top of the tripod; this ball has a circumference of 325mm, so it’s definitely not small. The technology inside the mic is interesting thanks to Blue’s innovative ideas. You have two different types of polar patterns built into the Blue Snowball mic: cardioid and omnidirectional. This is a really nice feature because it essentially gives you two completely opposite polar patterns which also happen to be the two most commonly used. You can use the cardioid setting if you only want to record your voice from directly in front of the mic, or the omnidirectional setting if you want to record the whole room.

Blue fixed the sample rate on the Snowball at 44.1 kHz/16 bit, so you’re stuck with CD quality. However, a frequency response of 40 – 18000 Hz with both the cardioid and omnidirectional settings turned on gives you great quality.

It should be noted that Blue recommends that you connect the Blue Snowball directly to a USB port on your computer instead of connecting it to a powered USB hub. While using a powered USB hub with some devices is okay, the Blue Snowball needs to be connected directly to your computer to work properly, and it’s already got enough power, so you don’t need to supplement it. 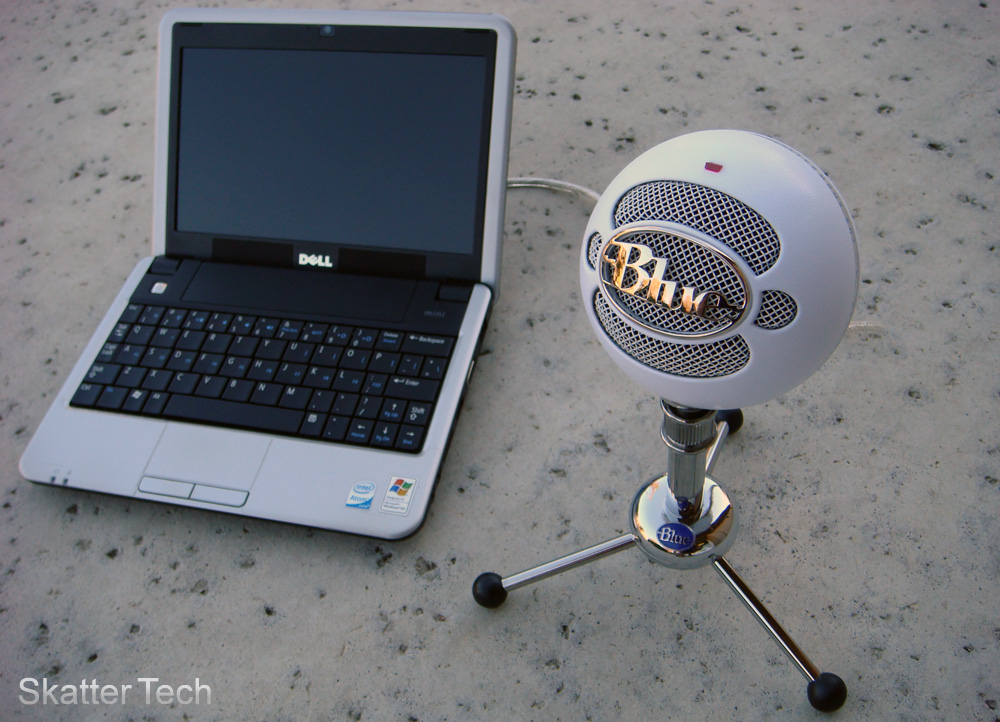 Design is a tough thing to talk about with the Blue Snowball because you’ll probably either love or hate the design of this mic. While most mics have a sort of tube shape, sometimes with a ball on top, the Blue Snowball is essentially a larger version of that ball with nothing else. There is a tripod stand that comes with it, but this mic will look odd if you’re used to a conventional mic like you might see a live performer use.

Although the Blue Snowball might have a slightly strange look to it, that design results in great build quality that plays a big part in making this mic so great. The mic itself is a combination of plastic and aluminum, but it’s not the kind of flimsy plastic you’d expect in a cheaper mic like this. The Snowball mic has a very tough feel to it despite weighing just about a pound and combining both metal and plastic construction.

The stand of the Blue Snowball is one of the best parts about it in terms of build quality. It’s made entirely of metal with a nice chrome finish, and each of its three legs feature rubber feet to make sure your mic stays in place and doesn’t tip over. This is a really nice feature to have if you’re using your Snowball in a somewhat mobile way.

When it comes to pricing, the Blue Snowball mic is one of the better deals you can find for its quality. The Snowball won’t give you the same quality as you’d get from a $200 mic with a preamp and mixer, but it’s definitely good enough for basic music recording, streaming and gaming. If you’re used to the sound quality you get with a similarly priced headset with a boom mic attached, you’ll be pleasantly surprised at the sound quality offered by the Blue Snowball.

If you do opt for a more expensive mic, whether it’s a USB mic or XLR mic, the biggest change you’ll see is an improvement in sound quality. This is what most people look for in a microphone, so upgrading solely for that purpose wouldn’t be a bad idea. However, spending more money on a USB microphone will also get you something closer to a standard microphone, which means you can use it with a boom, shock mount, windscreen, or pretty much any other accessory you’d normally use with a mic.

How the Blue Snowball Compares

While you shouldn’t expect the most out of the Blue Snowball in terms of sound quality, it’s still a really solid microphone for the price. Plus, you don’t have to connect any other components to your computer to get it to work. We’ve compared a couple of similar mics, both USB and XLR, to give you an idea of how the Blue Snowball mic stacks up to some of its competition. 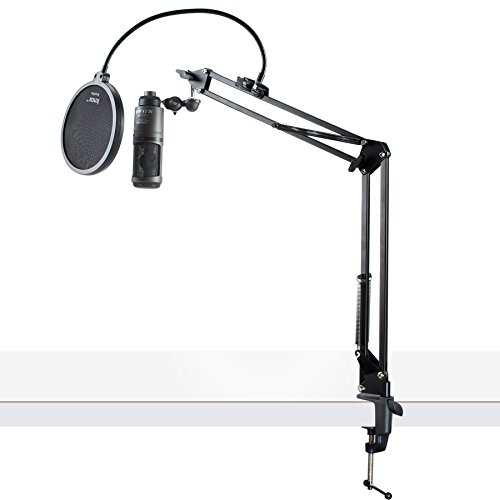 Since Audio-Technica is one of the more well-known brands when it comes to mics, it only makes sense that they would make one of the top USB mics in the AT2020USB+.

Type: This is a cardioid condenser mic which is one of the modes on the Snowball.

Color: The Audio-Technica AT2020USB+ comes in either black or white. 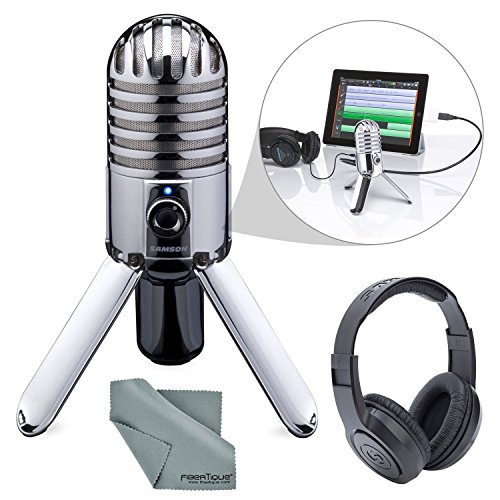 In terms of quality for the price, the Samson Meteor Mic is right up there with the Blue Snowball for the best on the market.

Type: A cardioid pickup pattern makes this a good mic for single-person use.

Color: You can buy this mic in brushed nickel, titanium black and chrome. 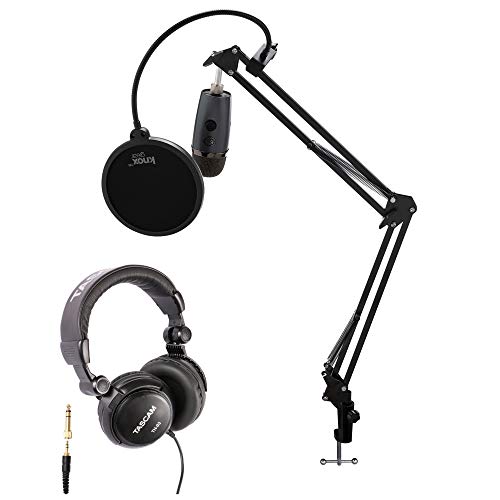 The upgrade to the Blue Snowball features more color options and a design that’s closer to what you’d see in a regular XLR mic.

Type: Since there are three condenser capsules in this mic, you can choose between cardioid, bidirectional, omnidirectional and stereo pickup patterns.

Color: This mic is available in all sorts of colors including black, white, silver, teal, satin red and midnight blue.

Sample rate: The Blue Yeti has a 16-bit 48 kHz sample rate, which is a slight increase from the Snowball. 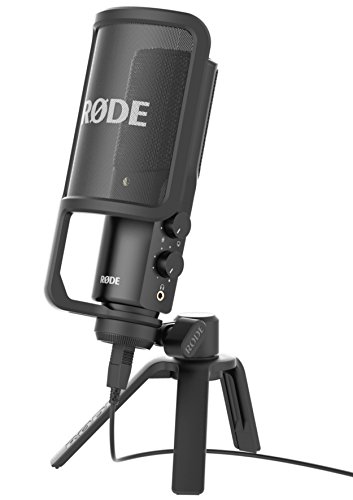 Rode is another top manufacturer of professional microphones, so it should come as no surprise that the Rode NT-USB is one of the best alternatives to the Snowball mic.

Type: The Rode NT-USB is a cardioid microphone, so it’s best for recording individual vocals.

Color: You can buy this mic in one color only: black.

The Verdict: A Solid and Versatile Budget USB Mic

Choosing a USB mic is mostly about convenience and saving money, but that doesn’t mean you have to sacrifice quality—and the Blue Snowball mic is proof of that. Although it only costs about $60 and is super easy to install, this mic will give you sound quality that’s good enough for amateur vocalists and streamers.

The out-of-the-box nature of the Blue Snowball is a big part of what makes it so great. Not only is installation as simple as plugging it into your computer’s USB port,  but there’s also a tripod stand included, so you have a way to keep your Blue Snowball propped up. Compared to buying multiple components and setting up a mini studio, this is about as simple as recording audio gets.