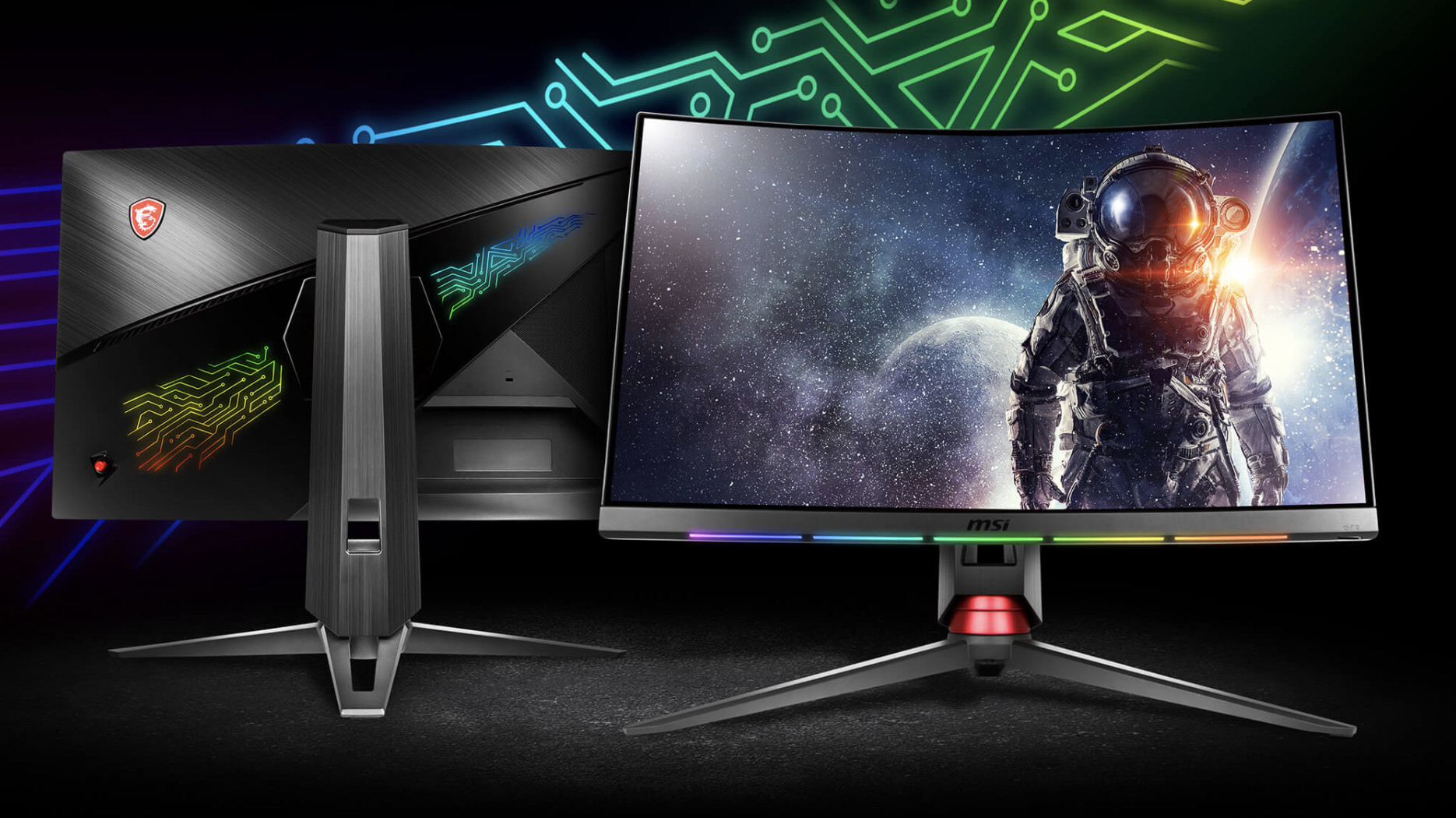 If you are an avid gamer, film lover, or computer enthusiast, you may want to upgrade to a 1440p monitor in order to get a better, more immersive experience.

But do you really need this type of higher resolution monitor, and will it work with your current computer set up?

Read on for more information about the latest in monitor technologies!

A 1440p monitor will give you a lot of amazing “screen estate” for games and other applications on your computer. But what exactly is it? What does the 1440p stand for? And how does it compare with other screen formats, such as Ultra HD aka 4K?

Video resolution – which is how we measure how crisp a video is – is denoted by pixels, which is shortened to the letter “p.” A pixel is a small unit of a screen, almost like a dot. Pixels are measured both by height and width. The monitor or television screen is usually labeled with the “height” of the pixels. The “width” can also be listed, and it is usually listed first, as in a “1280 x 720 pixel monitor,” which is basic HD or high definition.

SD screens would have 480 pixels in height, and either 704 or 720 pixels wide in terms of “aspect ratio.” Nobody calls an SD screen a 480p TV or monitor though – they are just SD screens.

SD screens were the standard prior to the LED flat screen revolution that started in the 2000s. Prior to that, televisions were big and bulky and required two people to carry up a flight of steps. Computer monitors were big boxy affairs – often in a very boring beige color.

You can often tell how much a science fiction movie or television show has “aged” by what their computer monitors look like. For example, if you look at old episodes of Stargate SG1, you can tell the show started in the 1990s because of the old clunky computer monitors used.

SD is still a video format that is widely used, even though we no longer have old monitors that look like big Lego blocks to use. SD video is sold as a streaming option by places like Amazon and Vudu because it is cheaper and downloads faster. You won’t get a super sharp movie, but with some older movies and TV shows, it doesn’t matter anyway – they weren’t shot in high definition.

The first HD monitors and television shows were available in 720 pixels, aka 1280 x 720p. These are pretty good in regards to a sharp picture but this is old technology now.

Quad HD, also known as QHD or WQHD has a 2560 x 1440 pixel screen. This is the 1440p monitor that we are focusing on in this review. As you can see, it is a major step up from HD and Full HD, and blows old school SD right out of the water!

Ultra HD, also known as UDH or 4K, is becoming an increasingly popular (yet still higher end) option for flat screen television sets. These 3840 x 2160 screens are so realistic they are almost more real than real, if you get what we are saying.

These aren’t used so much as computer monitors, which we will explain in the next section.

At 7860 x 4320 pixels in dimension, these monster screens are only for people with a lot of money to blow and a very finicky taste for high definition video. The actual amount of content you can get to work with these screens is not a lot yet, and then there are the technical constraints, as with UHD or 4K. See the next section. 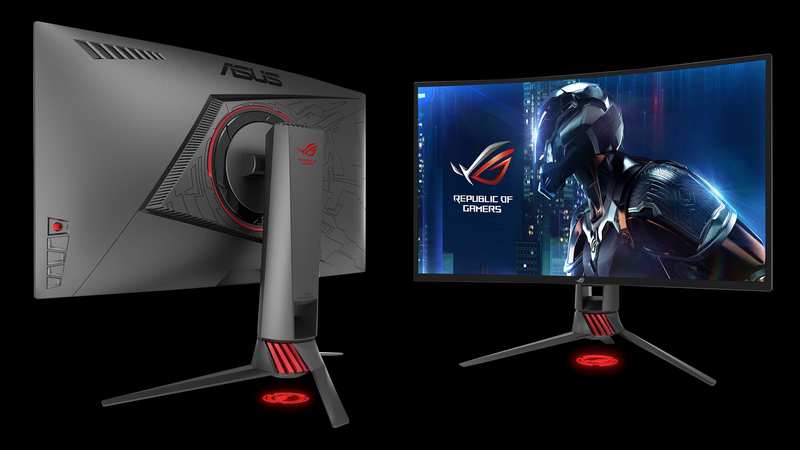 What Makes a 1440p Monitor Unique

Now that we have explained how 1440p differs from other monitor types in terms of pixel dimensions, let us explain further why the 1440p is your choice screen for the avid average gamer. Being smack dab in the middle range between HD and FUHD or 8K, 1440p is a type of monitor that will give you a lot of great visual power without busting your bank.

It is really a great option for the casual gamer or even small business owner who wants a good, high definition monitor that can do a lot without spending a ton of cash.

Depending on the model and brand, you can get a good Quad HD monitor with 1440 for as little as $199.99 and free shipping on Amazon. This is for lesser brands such as ViewSonic and Acer.

A brand name with more cache such as Dell would more towards $400.

Of course, pricing also depends on size, so you can expect to pay more for a 27” monitor vs. a 24” monitor.

This does not mean that more expensive monitors are better. You need to look at the consumer reviews to see what the actual ratings are, which we will go over briefly next:

Let’s take a look at a few popular 1440p monitors and their customer ratings. You can find these easily on sites such as Amazon or Newegg.

We will note that Dell offers a 1440 QHD “gaming monitor” at 24” at $334.99 on Amazon, but it only gets 4 out of 5 stars, even though it is “Best Selling.” Some of the bad reviews say the product is mislabeled and is an older version of the monitor. However, the technical problems cited include “low response time” and “inverse ghosting,” which means that screen artifacts might get in the way of your game play.

The top rated monitor is actually a ViewSonic, a second tier brand that gets better star ratings at 4.5 out of 5 and is listed as “Amazon’s Choice.” People like this monitor for being an excellent value for a reasonable price. As one reviewer wrote:

“This has everything I wanted: good response time, excellent IPS quality considering the price, a thin bezel and mount support. Like the Acer alternative, it has excellent out-of-the-box calibration, using default Windows and GPU color settings, colors pop and are vibrant. Its slightly smaller versus the Acer counterpart, however.”

Most of the 1440p monitors available get pretty good reviews, so you should have a lot of great options to choose from! 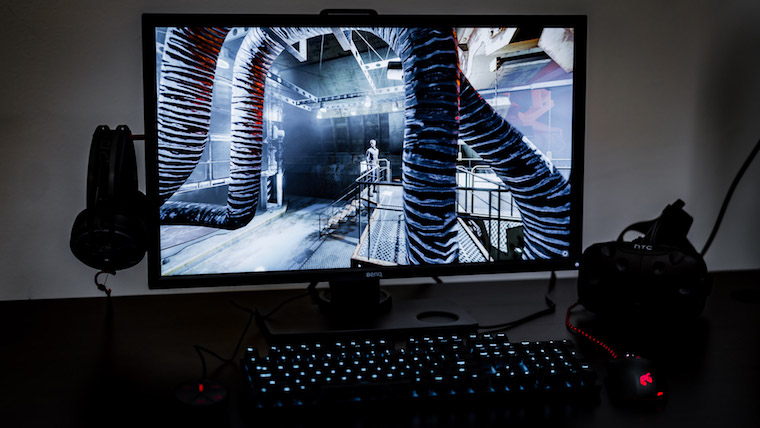 So why 1440 when there are higher resolutions out there, you may wonder?

You may be wondering, if 1440p in a computer screen is good, why not double or triple that? Why not go for the 4K or 8K?

The simple reason for this is that while we have these amazing screens that can pack a lot of pixels in them, they may not work so well with your computer.

The higher the resolution is, the more power you are going to need in your graphics card to run that super high definition monitor.

Without getting overly technical, you also have to consider what the frame rate is of the monitor and whether the graphics card can handle that too. A good frame rate is 60 fps or frames per second – this can give you a smooth gaming experience (visually). Of course, twice that would be even smoother, but it means you need more processing power.

Processing power must come from two places – the computer itself, meaning its CPU and its available RAM, and the graphics card that runs the monitor. The graphics card has its own “CPU” called a GPU (graphics processing unit) and usually its own RAM.

Obviously, the older and slower the graphics card is, the worse things are going to look, even on a new monitor. This is especially true on an older or weaker computer with less RAM or CPU power.

Thus, if you want to get the most out of a 4K or 8K monitor, you need a top of the line computer as well as a top of the line graphics card. It will be expensive and may not even work that well with the game of your choice.

1440p Monitors Give You the Best Bang for Your Buck

We are going to keep repeating ourselves here, but really, this is the best bang for your buck!

The bottom line is, a 1440 pixel computer monitor will give you some really great looking graphics without requiring that you build a super computer to run the game.

And let’s face it, how exactly sharp are your eyes anyway? Unless you have 20/15 vision you may not be able to tell the difference between 1440 and the higher definition screens. Even if you can, does it really make your game play that much better that you need to raid your retirement account to set it up?

Some say yes, in which case, go for it, and more power to you!

Given how technology is quickly evolving, a 1440 QHD monitor is now reasonably priced and not going to break your budget. Making a small investment in one of these monitors will be probably worth it, and not a bad way to improve your computer gaming experience. 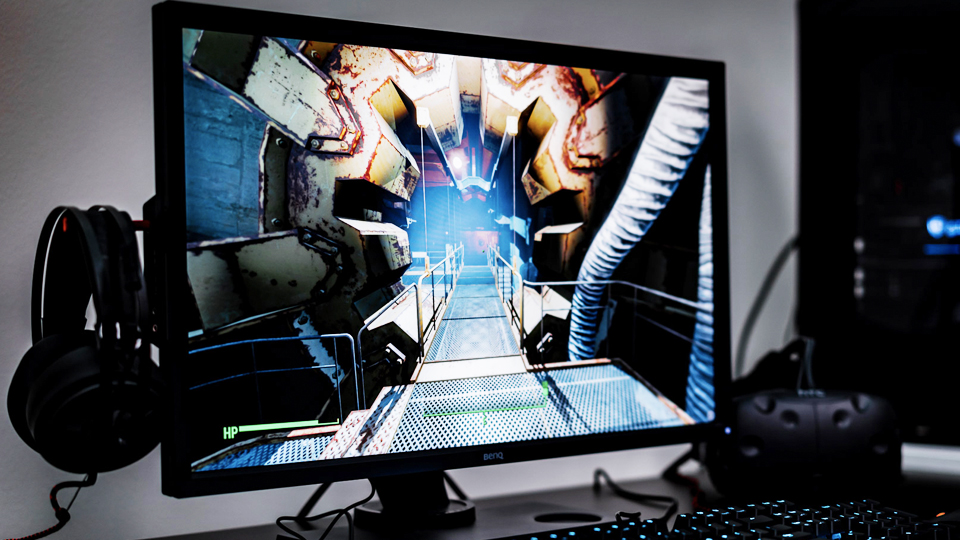 You can find a lot of great deals on 1440p monitors on online stores such as eBay, Amazon, Newegg, and other computer part websites. Don’t forget to stop by your local electronics store, if you have one in the area, since they may have some deals as well. When it comes to 1440p, you don’t necessarily have to get a higher end brand like a Sony to get a great working monitor.

Remember, a lot of how your monitor is going to perform will depend on the power of your computer and graphics card. If you have to choose between spending more money on the monitor or the graphics card (and CPU and RAM for your computer), get your computer buffed up first before buying the Quad HD monitor with 1440 pixels.

The reality is, if you do not have the computing power to support it, your QHD will not work properly, and you might as well just hook a Roku or Amazon Fire stick to it and use it as a television screen.