When you are looking at a monitor for your computer screen there are a number of things that you want.  You want to have great colors, regardless of if you are gaming, editing photos or just surfing the web, having outstanding color saturation will make for a better viewing experience.  Also, having a good black can be quite helpful and since your monitor might need to be used in the sunlight, it would be good to still have that backlight, so it doesn’t appear washed out.  Lastly, for somethings you want to make sure that you don’t have to worry about burning images into your screen.

With all this in mind we are taking a look at a new type of monitor, the QLED monitor.  There are a number of televisions on the market from Samsung and now we are finding that same technology used to boost your computing experience.

What is a QLED Monitor?

QLED is a designation that was rolled out by Samsung at the 2017 CES and is for Quantum Dot LED.  This is a technology that is currently used in a number of the more premium end televisions, but Samsung is hoping to embrace this new moniker for two reasons.  The first is that it will let the consumer actually know about the technology that is making their viewing experience better. In order to meet the full standards set for Ultra HD viewing these dots are employed, at least to some extent in a number of screens already.  The second being that it is meant to compete with the OLED screens that are coming out from LG and now Sony.

These quantum dots are used to make colors in a bigger range than standard LEDs with overlays can accomplish.  By sizing the dots, between two nanometers and ten nanometers, they can produce an extremely large array of colors that mean you get a more defined set of colors, leading to a better visual on your screen.

QLED vs. OLED: What are the differences?

As we mentioned part of the reason that Samsung started using the QLED term is to compete against the OLED screens that are coming out.  For a while Dell had an OLED monitor on the market, but it has since been pulled.  We discussed some of the perks of the OLED options in an article highlighting them, so let’s see how the QLED monitors will stack up against the OLED ones.

If you start to compare and contrast these two monitor designs you will see that the first and biggest difference may be that OLED is an emissive solution, where QLED is not.  This means that QLED still requires being backlit, while OLED screens do not.  Losing the backlighting can drop the energy needs of a television, but if the sun or other light source is shining on them not having a backlit screen can make it a little difficult to see your images.

That of course leads us to consider the brightness of the screens.  While the total black of the OLED might add some argument for a better overall contrast, without the backlighting these screens don’t have the same level of brightness that you can get from the QLED option.  And since the use of the quantum dots allows these monitors to crank up the brightness without losing saturation, we feel that a QLED option is a better choice here.

Since we mentioned the total black of the OLED option, let’s take a look at how these two types on monitor handle making an area black.  Since QLED screens are still backlit, even if they are showing black and can dial back how much power is going to those LEDs, there is still some amount of light bleed.  While the QLED screens do a much better job than current LED solutions, the OLED is the clear winner here.  When black is needed for part of an OLED screen there simply is no light produced in those areas.

Lastly, we’ll want to look at the lifespan of a monitor.  Various estimates for the OLED monitors range from 14,000 to 60,000 hours and sometimes more.  However, these estimates are just estimates as that technology hasn’t been around for long enough to give us real world answers.  The QLED screens are really just the next step in the LED monitors that are on most desks today, meaning that we can expect a similar lifespan.  Another thing to consider in lifespan is burning in an image.  This can be an issue if you use the screen to edit photos or the like and have a static image in the same place for a long while.  The way that QLEDs are made there is no need to be concerned with burn in, ever.  However, to be fair, while burn in can happen on an OLED monitor, you would have to leave your image up for quite a long time (some say months at a time) to really get to the point of burn in.

If you are looking at the benefits of a QLED monitor the first that might come up is that pretty much everything on the market that is a QLED meets the specs for Ultra High Definition, or 4K resolution.  This means that you are going to get the best picture available to you.  While this might not matter if you are using the monitor to stream standard definition shows, it can be a major help to the artistically minded individual who is working on a piece.

Going hand in hand with this is the color saturation.  If you have a window to your back while you are on a computer you know how washed out the color pallet can look.  With a QLED monitor you’ll have the best color saturation possible, even if you have your screen at the highest brightness setting. 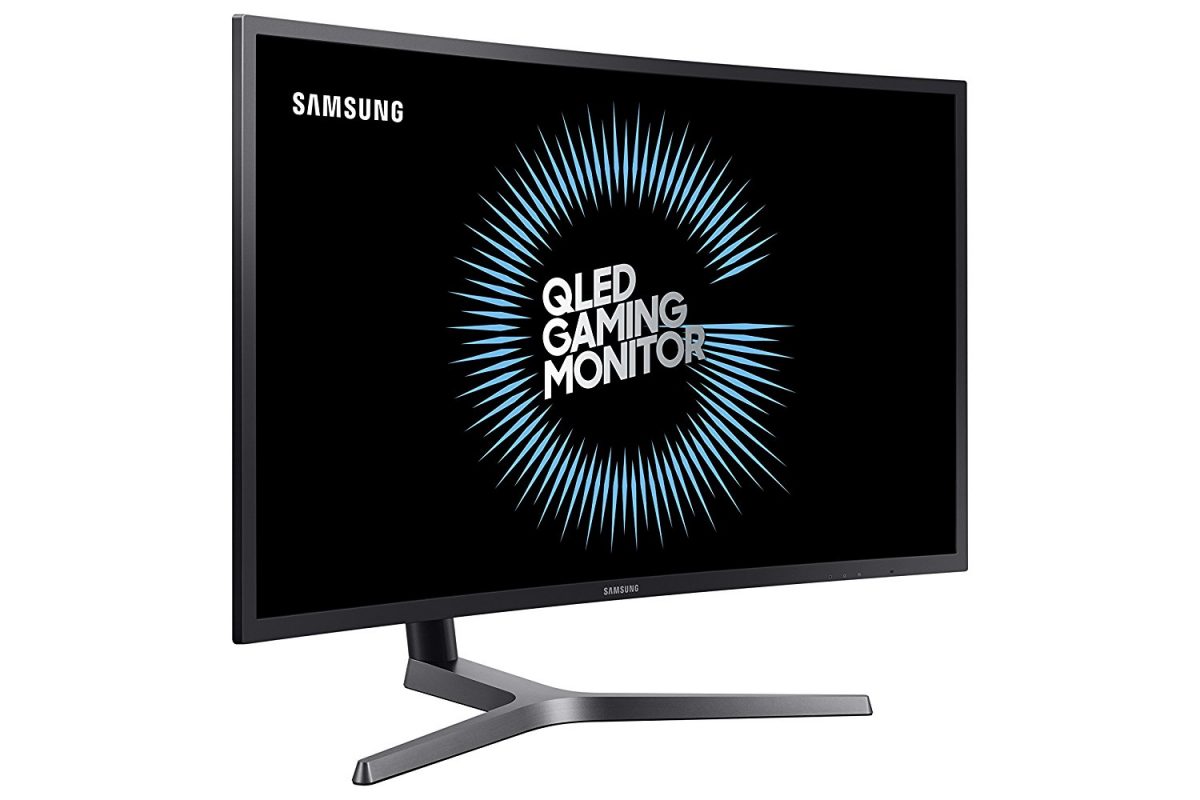 As you begin to look into the Samsung C27HG70, you’ll find that it is a curved 27 inch monitor that was built with gaming in mind.  The company claims that it can support over 1 billion shades to ensure that you get the right color for every last detail.  This rig also boasts a refresh rate of 144 Hz to ensure that you don’t have to put up with motion blur and a response time of a mere 1 M/s.  If required, you can easily step the refresh rate down to 60 or 120 Hz. As each and every detail is important, especially when gaming, this monitor supports HDR (high dynamic range), so that the darks will be darker and the brights will be brighter, even if they are sharing the screen.  And the monitor gives you a range of ports, 3 USB, 2 HDMI and 1 DP.

While this is a great model overall, the price tag for this 27 inch model comes in at about $550.  By itself, this might not be two bad, but when you add the fact that there is some input lag on a model that was designed for gamers, this seems a bit much to ask. 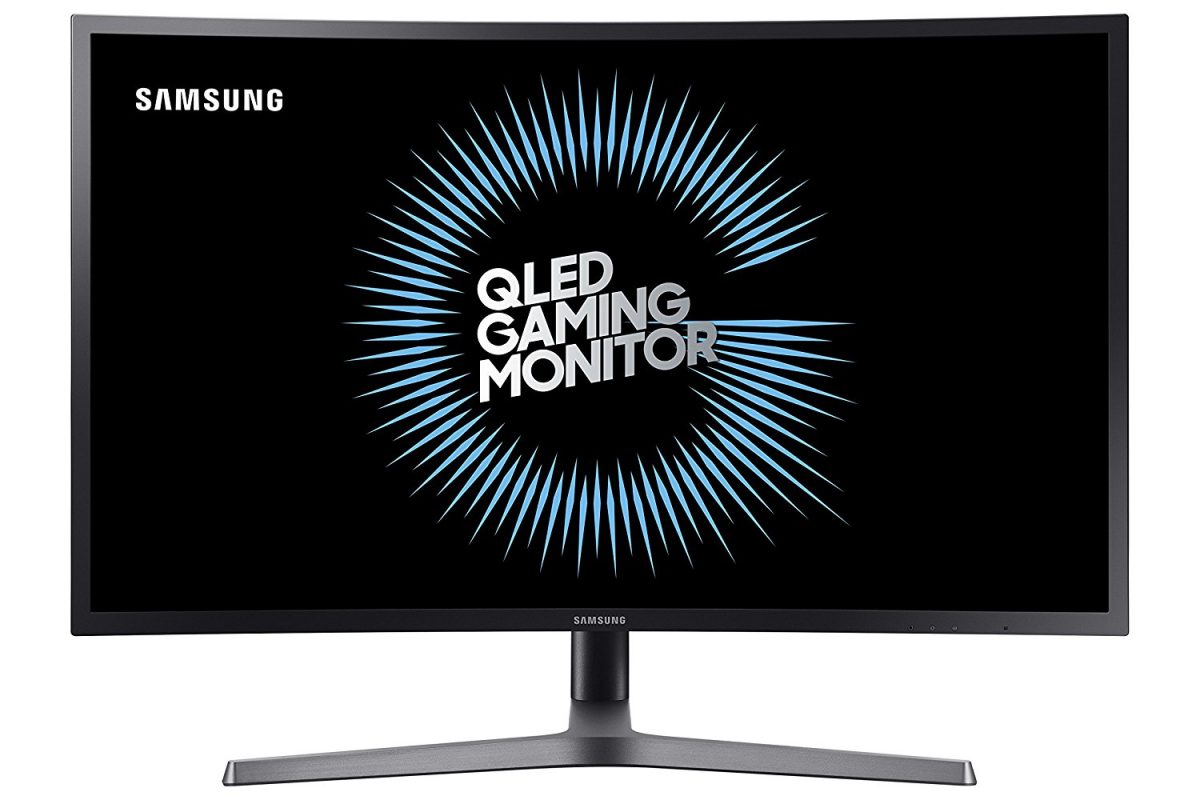 The Samsung 32CHG70 is the big brother of the Samsung C27HG70 that we looked at above.  This one steps up to a 32 inch curved screen.  As far as the refresh rate goes you have the option of going with the 60 or 120 Hz rate that is popular for a many televisions if you will mostly be watching shows, but if you want the quickest speeds to eliminate nearly all motion blur you have the ability to bump it up to 144 Hz.  It sports a resolution of 2560 x 4400, giving you an extremely sharp picture and with a static contrast ratio of 3000:1 the picture is sure to pop.  With the QLED technology this monitor can display over a billion shades, making sure that every last detail is rendered just right, not just close enough.

At $700 this screen might be worth the price tag for many consumers just yet.  Also, there have been reports of some of the monitors having ripples on them that become very noticeable on greyish backgrounds. 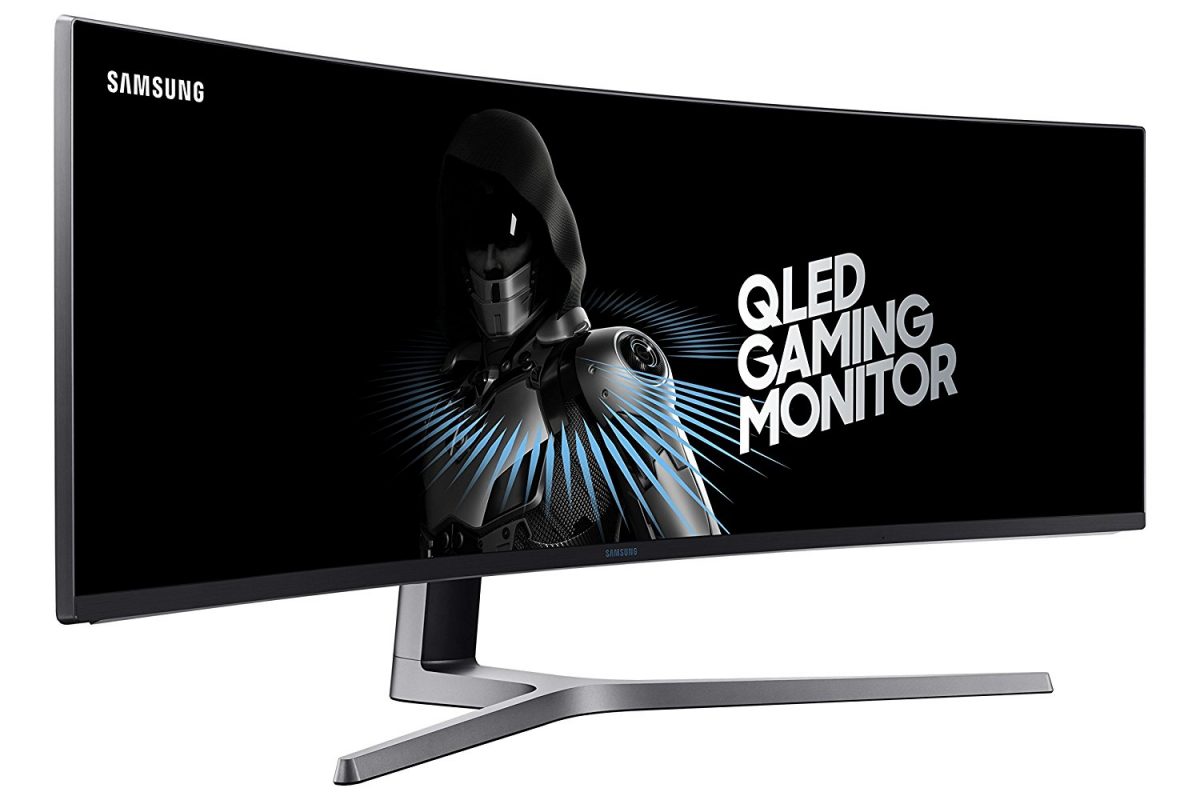 While some people will just use a TV as a monitor Samsung has gone and made a curved QLED monitor, the 49inch CHG90 Gaming Monitor, that is a staggering 49 inches.  This one offers you 3 USB ports, 2 HDMI ports and 2 DisplayPort connections (one being a MiniDisplayPort).  The screen has a nice deep curve to it (1800R) making it easy to see the sides of the monitor as well.  It is a very bright screen and with the QLED color pallet things look amazing.  The HDR views combined with a 144 Hz refresh rate make for a very enjoyable gaming experience.  And most interesting of all is the price.  At about $1,500 at first you might think it is on the pricey side, but when you compare other similar models you are getting about the same price as any other monitor this size.

The first real drawback for this monitor is also its greatest selling point.  It is a 49 inch curved monitor.  That takes up some serious real estate on anyone’s desk.  While this shouldn’t be a deal breaker, it is something that you will need to pull out a tape measure and make sure that you have space to fit all that screen before placing an order.  The second note is the 3840 x 1080 resolution.  Normally this type of monitor would have a 2560 x 1080 or 3440 x 1440 resolution, so it might seem a bit odd when you first view it.

With that you should have all the information that you need to know while shopping for a new QLED monitor.  While these options are not exactly the budget friendly choices that are out in stores today, they offer a stunning display of color and fantastic refresh rates.  Many are designed specifically for gamers, but they can also be great choices for those who are into more artistic endeavors as well.

After going over some of the background information on what makes these monitors stand out from others on the market, we’ve given you a view into three of the top contenders that are out today.  Lastly, we’d love to hear from you.  Do you have one of this monitors for your system?  If so, we’d love it if you would tell us about your experiences with it in the comments section below.