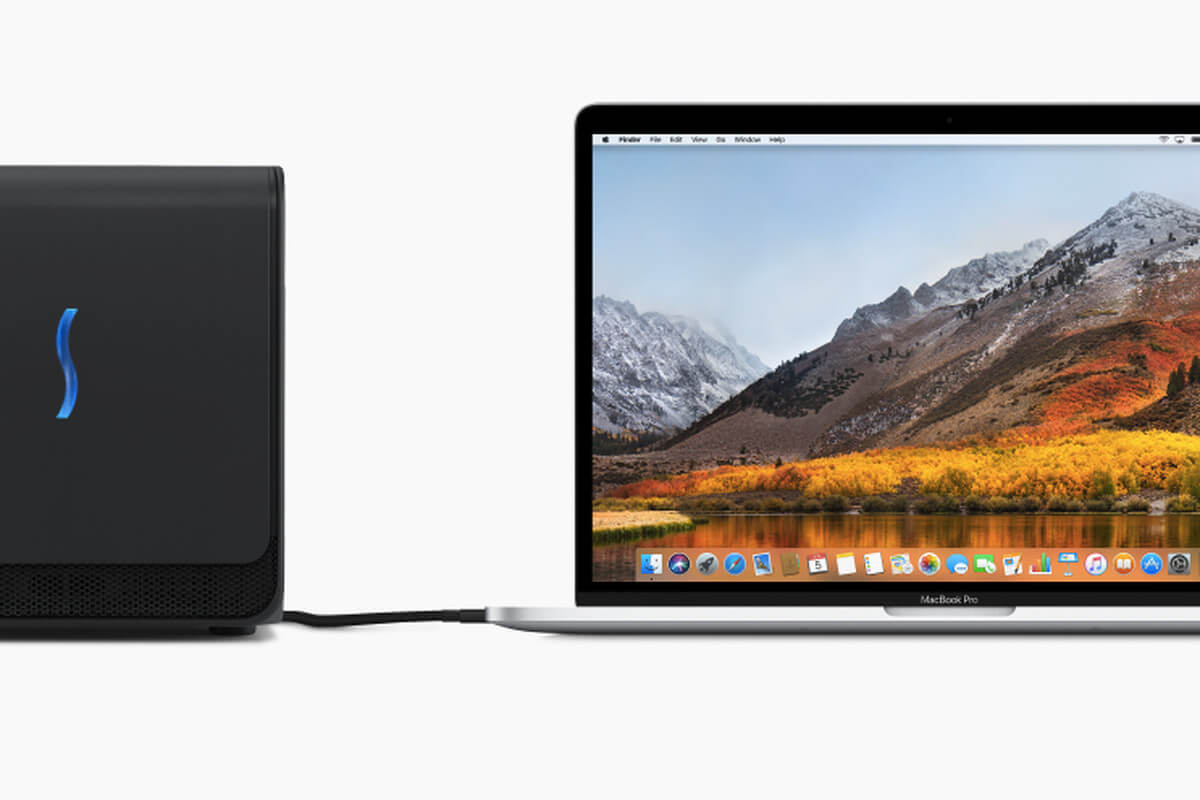 A few days ago at WWDC ’17, Apple’s annual developer conference, Apple announced their support for eGPUs with the upcoming MacOS High Sierra release, and releasing a eGPU development kit for developers who run graphics intensive apps or VR content creators – apps such as Metal, OpenCL and OpenGL . We all know this also extends to the large group of gamers who want to get desktop grade gaming performance on a portable laptop.

The External Graphics Developer Kit built with a Radeon RX 580 8GB GPU housed within a Sonnet eGPU chassis, and powered by a 350W PSU. For a retail price of $599, as well as a $100 promo code towards the purchase of a HTC Vive Headset, we think this is a pretty sweet deal.

With the official support for thunderbolt 3 eGPUs now announced, it means that many current eGPU solutions with TB3 technology, that once had to be tinkered with to be compatible with Mac OSX, now will work natively with High Sierra.

We’re afraid to say the External Graphics Development Kit is only currently available to members of the Apple Developer Program in a select number of countries, although we should expect to see a official apple-certified consumer eGPU perhaps in the next 16-24 months.