Nowadays everyone has multiple devices that they want to attach to a wireless connection.  You can have everything from a phone and computer to a refrigerator and even light bulbs.  But you may have found that some of your older routers are starting to bog down with this increases number of devices.

At its heart 802.11ax is a hardware upgrade, so you’ll need to purchase a new router and then to get the most other clients that support 802.11ax.  As with previous WIFI standard upgrades these new routers are backward compatible.   But let’s take a look at some of the upgrades that you’ll get by switching to this new standard.

First, you’ll find that is that the system can deliver a speed boost.  Qualcomm has two chips to base new routers off and each has a different top speed.  The IQP0874 chip can brings speeds up to 4.8Gbps and the QCA6290 chip sports speeds up to 1.8Gbps.  Qualcomm is also telling consumers that the new set up will have less latency and less packet loss, which is good new for everyone, but especially gamers.

Another perk is that 802.11ax has improved multi-user MIMO.  This means that the router will steer wireless beams, so instead of blasting wireless equally everywhere it is more directed right at you where you need it.

As it stands you can’t quite go out and buy a new router yet to take in all these perks.  At the 2018 CES a number of companies have routers to show off that will make use of the new standard, but the Wi-Fi Alliance has not yet certified the standard, but they are looking at taking that step later this year.  Right now, it looks like the first routers will roll out for purchase during the second half of 2018, with other devices utilizing the standard after that.

The new tech is great, but the real question is how does it stack up against the older technology.  The biggest perk of ax may be that it should bring 4 times the connections possible from the last standard, 802.11ac.  Back with 802.11n we started getting improvements on connecting multiple devices, ac took that another step and we have even more in ax.

This is due to the Orthogonal Frequency Division Multiple Access (OFDMA).  This makes the channels for each device finer which will help cut down on interference between devices.

And everyone is interested in the speed comparison.  Throughput comparisons are out and some places are saying that the new standard will be an eight times improvement over ac.  That seems a little bit high but is probably theoretically possible, however most users may see up to a four time improvement.

Right now we have 3 routers announced that will work with the new standard.  They have been shown off at the CES trade show, but since they won’t go on sale until later this year some of the specs might change before they make it to market. 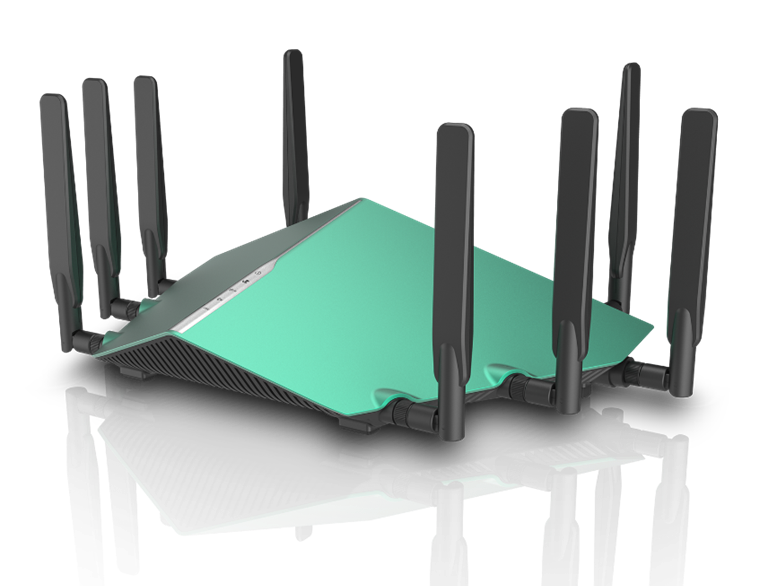 You might think that it looks like a stealth bomber when you first view it, but this offering from D-Link is the first of the pair on the market.  This one is promising to deliver up to 6,000 Mbps of bandwidth when it is released.  Surrounding this router is a set of eight antenna to broadcast to multiple channels.  They look like they will come with a single 2.5 Gbps WAN port and four Gigabit LAN ports.  There should also be a USB 3.0 port to provide for connecting some networked storage. 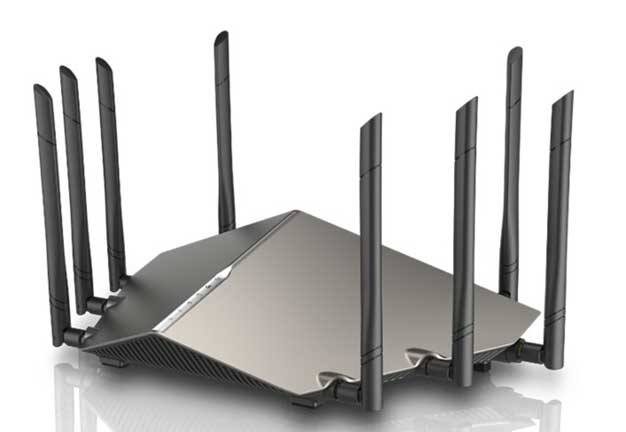 The other offer that came out at CES this year from D-Link is the AX11000.  As far as form factor and design, this one will look the same as the AX6000 that we discussed above, same number of antenna and ports.  The major difference is that the company is saying that this one will be able to offer 11,000 Mbps of bandwidth, so it is the big brother of the AX6000.  Neither of these have any word on price just yet. 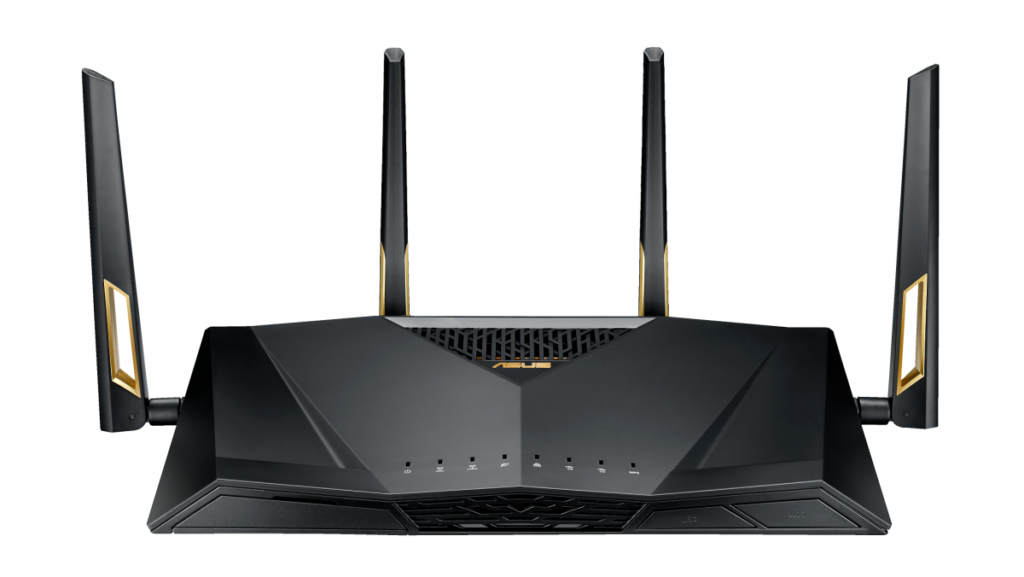 The last router on display at CES was the RT-AX88U dual band router coming from ASUS.  This one should support up to 6,000 Mbps of bandwidth.  It looks like it will feature 8 gigabit LAN ports and will work with ASUS’s mesh WIFI technology.  This should let to link access points together for whole home coverage.  Again, no word on price yet.

Linksys did not have any particular routers on display, but at CES they outlined their own WIFI mesh products.  They will most likely be coming out with more information on their 802.11ax in the coming months as the standard becomes certified.

When they come out will you be the first to swap to the latest tech in routers?  Only you can answer that question, but for most people they should probably consider it.  Those that love having the newest cutting edge gear will want to get it to say with the newest tech.  However, this is something that many families will want to upgrade due to the increased capacity for everyone’s devices.  Additionally, if you don’t have a 802.11ac router, then your router could be more than a decade old.

We’ve covered some of the basics and highlighted some of the top models that are currently available to you.  If you have any experience with our picks we’d love to hear about it.  You can let us know what’s on your mind in the comments section below.