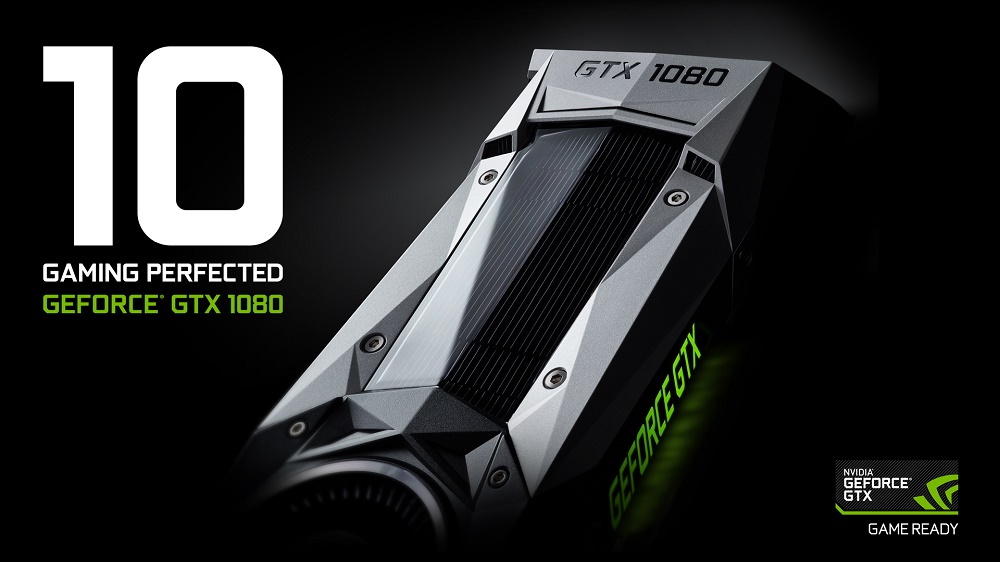 If your computer struggles to handle the latest games at high frame rates or doesn’t allow you to stream videos at the quality you’d like, you might need a better graphics card. Your graphics card is what processes every graphics-heavy application on your computer, so it’s crucial for gaming and watching HD videos.

What Is a Video Card? 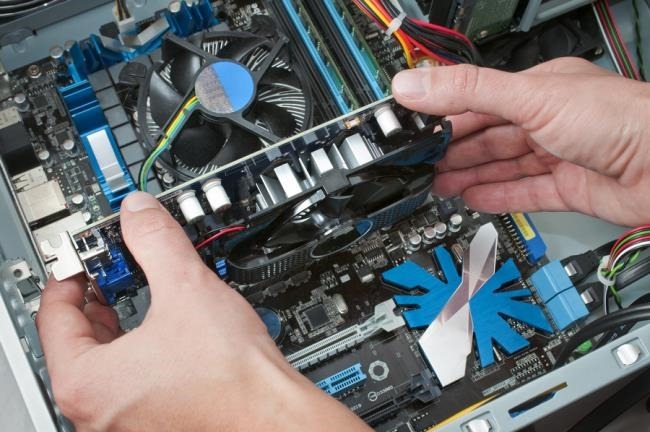 A video card, also known as a graphics card, is responsible for processing the graphics portion of what you do on your computer. Your CPU and RAM, on the other hand, are designed to handle general multitasking needs such as having many tabs or windows open at once. All of these components work in tandem to process each application, game and video you enjoy on your computer, so having a solid combination of components is the best way to ensure high performance.

There are two main video card manufacturers: AMD and NVIDIA. Both of these manufacturers create basic video cards which are then tweaked by suppliers like EVGA, Gigabyte, ASUS, MSI, Zotac and more. When you buy a graphics card, it might be labeled “ASUS GeForce GTX …” This is still an NVIDIA GeForce GTX graphics card, but ASUS made a couple of tweaks to improve it. These tweaks generally include things like adding extra fans, overclocking a card to a certain point, or designing a card to be compact so it fits in smaller cases than it normally would.

The NVIDIA GeForce GTX line of graphics cards is the longest-running line of graphics cards, dating all the way back to August 1999 when the NVIDIA GeForce 256 was first released. Nearly 20 years later in 2016, the first cards in the GeForce 10 series were released: the GTX 1080 and the GTX 1070. Despite being the first releases in the GTX 10 series, these are actually the two most powerful cards, aside from their respective Ti versions. In fact, the GTX 1080 is rivaled by very few graphics cards when it comes to performance.

This graphics card was built on NVIDIA’s Pascal microarchitecture that they debuted with the 10 series. Aside from this new microarchitecture that gives the 10 series a boost in performance, the 1080 also features tons of other upgrades to help make your gaming and movie-watching experiences a little smoother. Some of the most important features include Fast Sync, GPU Boost 3.0 and compatibility with both HDMI 2.0b and DisplayPort 1.4.

By the numbers, the GeForce GTX 1080 is already one of the most powerful graphics cards on the market. However, there are a number of non-numerical factors that make this one of the top cards available, most of which relate to how it actually processes graphics and frames rather than how much memory it has or how fast its clock speed is.

Unlike some other NVIDIA video cards which have two versions with varying clock speeds and memory amounts, the GTX 1080 comes in one standard configuration. This card has 2560 CUDA cores which essentially serve as the processors, plus a base clock speed of 1607 MHz and a boost speed of 1733 MHz. 8 GB of GDDR5X memory is among the best on the market, especially when you factor in the 320 GB/sec memory bandwidth and 10 Gbps memory speed. The boost speed of the GTX 1080 gets a slight increase from previous models thanks to new GPU Boost 3.0 technology.

As far as resolution goes, the GTX 1080 supports up to 7680 x 4320 @ 60 Hz. While this is nice to have, it’s not something you really need to worry about since most newer cards offer 4k resolution support and most consumer monitors are 4k at best. 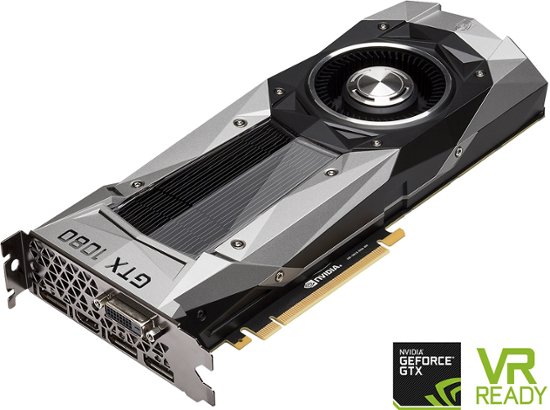 Little pieces of technology make this not only a top graphics card right now, but a viable card well into the future. NVIDIA basically offers support for all of its own technologies as well as a number of other features such as Vulkan and OpenGL support. Although the GTX 1080 doesn’t come cheap, it’s a VR-ready graphics card with SLI support for multiple graphics cards, NVIDIA Ansel, NVIDIA G-SYNC, NVIDIA GameStream and GPU Boost 3.0. In addition to all this great NVIDIA technology in the 1080, you also get Microsoft DirectX 12 API support with feature level 12_1, plus Vulkan API support and OpenGL 4.5. As far as compatibility goes, that’s not really something you have to worry about with the GTX 1080. PCIe 3.0 bus support and compatibility with Windows 7, 8 and 10 as well as Linux and FreeBSDx86 make this a great card for just about any user who wants high performance.

Connecting your GTX 1080 to your computer and monitors is easy thanks to the connectivity options included with this card. As long as you have the PCIe slots open and enough power, you can simply swap this card in for your old one. As far as connecting monitors to your PC with this card goes, you have your choice of one of three ports: DisplayPort 1.4, HDMI 2.0b and Dual Link DVI. The only thing you don’t get is a VGA port, but that’s because VGA connectors are outdated technology. If you want to plug three different monitors into your GTX 1080 at once, you can simply connect one monitor to each port thanks to the multi-monitor support offered by the GTX 1080.

Installing a new graphics card—whether it’s the NVIDIA GeForce GTX 1080 or something else—is fairly simple. All you need to do is connect the card to an open PCIe slot on your motherboard to start using it. However, there are a few extra steps with the GTX 1080. This is a two-slot video card, which means it takes up two PCIe slots worth of space while only plugging into one of those slots. By default, this card is 4.376 inches tall and 10.5 inches long, but that will vary depending on the exact model you choose—especially if you opt for a compact card or one with extra cooling built in. You will also need to connect your power supply unit to the GTX 1080 via an 8-pin power connector.

The GTX 1080 requires 180 W of power, so NVIDIA recommends you have at least a 500 W power supply. Before simply assuming you’re in the clear and buying this card, look into the power draw for the different components in your computer. Things like your CPU and memory also affect your PSU requirements. Cooler Master has a good calculator on its website for determining computer power needs.

Pricing is a sort of tricky thing to say with graphics cards, especially considering the current market. While the value of Bitcoin is continuing to drop as time goes on, Bitcoin mining is still a valuable investment for some. Bitcoin mining involves buying lots of high-powered computers and using their processing power to try to solve a puzzle of sorts. These puzzles are very difficult to solve because they simply require a lot of random guessing by computers, so having 50 computers with GTX 1080 graphics cards and i7 processors in one room gives you the best shot. Unfortunately, it’s also led to an increase in demand and a decrease in the supply of graphics cards, making them more expensive at times.

You also have to consider what type of GTX 1080 you’re buying. A compact card from one brand may be cheaper than an overclocked 1080 with an extra fan built in.

Having said all that, the GeForce GTX 1080 has a retail price of over $500 but can often be found for a little over $400. Right now, most of the GTX 1080 cards on Amazon are priced at around $500, with some costing as a little more. There are more expensive video cards from NVIDIA, but this is about as expensive as you’ll find a consumer-level card.

Of course, the NVIDIA GeForce GTX 1080 is far from the only quality card on the market right now. There are a number of video cards to consider.

Released in October 2016, the GTX 1050 Ti delivers powerful performance at an entry-level price.

PSU recommendation: NVIDIA recommends your total system power is at least 300 W for the GTX 1050 Ti.

The big brother to the NVIDIA GeForce GTX 1080 gets a solid upgrade in memory and other areas.

Cores: The 1080 Ti gets a big CUDA core upgrade with a total of 3584 cores, although you’ll still find more in some cards from AMD.

PSU recommendation: You should have at least a 600 W power supply to use the 1080 Ti.

The Radeon RX Vega 64 is great competition for top NVIDIA cards at a slightly lower price.

Cores: The 4096 cores in the RX Vega 64 beat the 1080 Ti by a bit. However, the cards will vary because of their microarchitecture.

PSU recommendation: AMD recommends a power supply of at least 750 W for this card.

It might be cheaper, but the Radeon RX 580 is still a great video card, especially when compared to the 1050 Ti.

Cores: The 2304 cores put this a bit higher than the 1050 Ti in terms of performance. However, that’s not taking into account other factors like clock speed.

PSU recommendation: AMD recommends you have at least a 500 W power supply for this video card.

The Verdict: A Powerful Card for a Reasonable Price

If you’re looking for solid performance in a card for around $500, the NVIDIA GeForce GTX 1080 might be the best card you can find. Buying a good GPU means more than simply looking at the numbers; you should also look at microarchitecture and the benchmark and FPS numbers for a card. Look for tests that show how well a card can run the games you want to play.

Ultimately, this is a great card. It has lots of memory at a high speed, lots of cores with a high clock speed and support for many newer technologies. The biggest problems with the GTX 1080 are the fact that it costs a lot of money and doesn’t fit in smaller cases. If you have the money to spend, a beefy enough power supply unit and two adjacent PCIe slots available, an NVIDIA GeForce GTX 1080 video card is a great investment.