Home / Guides / HDMI vs Displayport vs DVI vs VGA: A Simple Explanation

HDMI vs Displayport vs DVI vs VGA: A Simple Explanation

When you start looking at ways to get video from your computer to a screen there are plenty of options out there.  Now the first thing that might come into people’s mind may be the screen itself, and there is nothing wrong with that.  But one consideration that you want to keep in your mind as your making decisions is the cables that you will use to get the video information to the screen.  When you look at monitors most specs will tell you that they have this many of this port and that many of the other.  But is one style better than the other?  Let’s take a look at HDMI vs Displayport vs DVI vs VGA.  We’ll look at each individually then compare them to see if there is a clear winner.

The natural place to start off is to take a look at each individual connector.  This way we can get a look at what each does and why you might want to choose it. 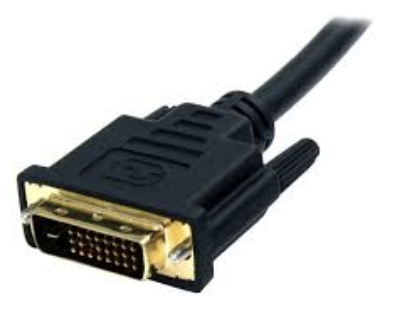 We’ll start our list with the oldest connection on it.  The VGA, or Visual Graphics Array, is an analog video only connection.  At this point you probably aren’t going to find it on any televisions and really there aren’t many laptop that still sport it.  There are some projectors and displays that will have this connector.  The biggest reason to pick this connector is to work with legacy systems as it will often be the only choice available.

Next is the DVI, or Digital Visual Interface.  This one is starting to be replaced by newer options, but you will most likely still find it on pretty much every graphics card currently on the market.  Being as how it is so widely used it can be a good choice for a connector as it will most likely be able to be used with any tech, either brand new or a bit older.  DVI was made to the same standard as HDMI, but meant to only do video, not audio.  Some of the newest graphics cards on the market will transmit audio if a DVI to HDMI cable is used.  This connection will support 1080p at 144 Hz, but if you are looking for 4K you’ll need to go with a newer option. 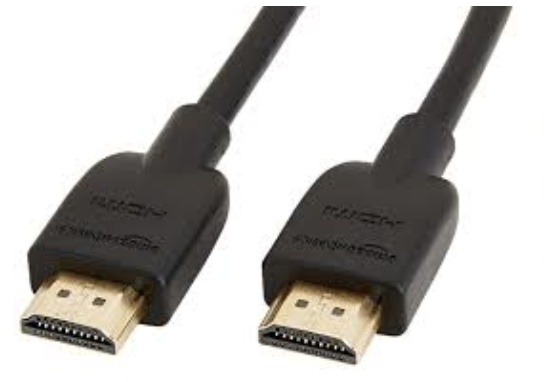 The next connector on the list is the popular HDMI.  This stands for High Definition Media Interface.  This one has a boost over a number of other connections since this one will not only carry video information but audio as well.  For most resolutions a HDMI connector is a good choice and that is part of the reason that it has been adopted as the standard for most television connectors.  It is important to note that there are two different HDMI standards, HDMI 1.4 and HDMI 2.0.  If you are going to be using any resolution lower than 4K at 30 Hz, HDMI 1.4 should be able to give you a good connection.  If you have a set up that can handle 4K at 60 Hz you’ll need to step up to the HDMI 2.0.

One thing to note is that there are a wide variety of prices for HDMI cables.  The one thing that you need to have is a high speed cable, sometimes known as a category 2, if you want to watch anything at over 1080i.  Other than that there is no real reason to pay more money for an HDMI cable. 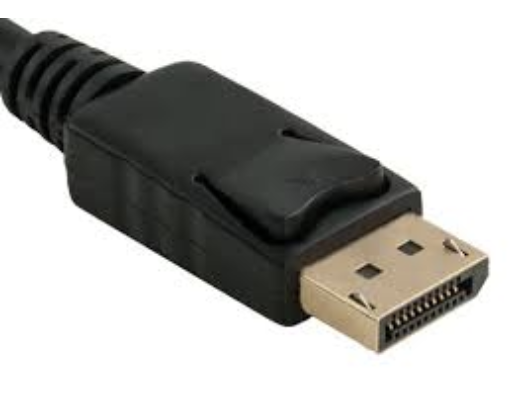 DisplayPort is the newest of the connections on our list and it was crafted with computer gamers in mind.  The oldest iteration of DisplayPort is 1.2 and is able to support 4K at 60 Hz or 1080p at 144 Hz.  If you step to DisplayPort 1.3 your connection will be able to deliver 8K at 60 Hz or 4K at 120 Hz.  And the newest version on the market is DisplayPort 1.4 which steps it up to 8K HDR at 60 Hz and 4K HDR at 120 Hz.  One thing to note about these resolutions is that they are the top supported resolution, you’ll still need a graphics card that can output it and a display that can handle it.  Though since the connection can go that high, anything lesser will be easily handled.

DisplayPort, sometimes noted at DP, was made to handle audio as well.  It is important to note though that not all companies that make these haven’t all gone with this feature, meaning that just having a DP connection won’t guarantee that it will handle audio for you.

HDMI vs Displayport vs DVI vs VGA –  Which is Best?

We’ll look at just a few areas that you should consider when looking at different connection options, then at the end of it all we’ll let you know what our pick would be to connect your next screen to your computer.

The first thing that you need to consider is the availability, since you can’t plug one device to another if they don’t have the same ports.  While there are some adapters, mostly HDMI to DVI, the easiest answer is if both your source and screen have the same ports available.  DisplayPort is starting to show up as an option, but if you are looking to connect to things that are a few years old than you might be out of luck.  VGA is getting rather hard to find, so unless you are getting something specifically to work with legacy equipment this should be out of the running.  HDMI is a rather widely available choice, but we feel that the amount of devices that DVI is available on edges HDMI out by a bit.

Let’s face it, hooking up one cable and getting it to carry both audio and video information is a lot easier than having to hook up two.  That means that both DVI and VGA are out of the running.  While both HDMI and DisplayPort are able to transmit audio there is still a clear winner.  Since pretty much anyone that makes an HDMI uses it to carry both it is in the lead in this category.  DisplayPort can be hit or miss based on who is making the devices.

As you look at the winners of our show down you might think that there is no clear winner.  However, if you dig a little deeper you’ll find that one option clearly stands out.  It is easy to tell that really VGA is only a choice if you don’t have another connection option.  If we make the assumption that you are looking at playing the newest games on the best resolution it is safe to say that you’ll be using some newer equipment.  If it is an option we would go with the DisplayPort (1.4 if possible) to connect things.

With that, you should have a basic understanding of the 4 most common computer connectors.  Each of these has their place, based on what you need to accomplish and what equipment you are using.  We went through a showdown to give you where each of these connectors stood out.  If given the option between any connectors, we would go with the DisplayPort, since it has the ability to handle both audio and video as well as deliver the highest resolutions for your gameplay.  Lastly, we’d love to hear from you.  Is there a connector that you prefer?  Let us know which it is and why in the comments section below.