When you are setting up for a round of PC gaming there are a number of solutions for the screen that you will use.  Of course, there is getting a regular PC monitor, some are rather large and could work well on their own.  If you have the right set up in your rig you can also use multiple screens which can add up to a rather large overall viewing area.  The downside here is that you don’t have a smooth simple screen, it is a bunch of littler windows.  Now there has been some companies that are release big format gaming displays.

These massive screens allow you to get that big area to work with while not having to deal with the look of a bunch of smaller windows.  We’ve done the round up, first we’ll give you a bit of a break down as to what to look for and why you would want one of these monsters.  Then we’ll take a look at when you can expect some models hit the market.

Let’s start off by taking a look at some of the major ideas that you need to consider when you are looking at a new monitor.

BFGD vs. Television: Which is better for gaming?

One of the first things that you will notice when you look at these new gaming displays is that they look rather similar to a flat screen television.  And there have been a number of people that just use a flat screen TV as their computer monitor to get that nice big look.  However, since these new displays are made with gamers in mind they have a number of features that aren’t found in most televisions.

Since Nvidia is the leader of the charge when it comes to big format gaming displays, they are making sure that manufacturers fold in their new G Sync technology.  We have covered G Sync in more detail in another article, but as a quick overview this eliminates screen tearing while you are playing your games.  These new displays are also made with a focus on low latency as well to keep games from lagging.

Since we have seen that these new big format gaming displays may be a better choice for a computer gamer than using a large flat screen television.  With that in mind, let’s also take a look how these new monitors stack up against standard pc gaming monitors.  PC monitors have been available supporting resolutions up to 4K for a while and many have very low latency and response times that can rival these new monitors.

So why would you want to go with a BFGD instead of a standard gaming monitor?  The biggest thing that these new displays hold over their counterparts are the bigness.  Even a 42-inch PC monitor will look small when compared to these 65-inch monsters.

These big format gaming displays have been announced at CES this year and they have some rather impressive specs.  The ones that we’ve gotten a look at so far are all 65 inches, which is larger than most people’s home television.  As far as resolution, these all support 4K, so you don’t need to worry about not getting to enjoy the full look of your favorite games.  We’ve also been told that they should sport a refresh rate of 120 Hz.

And to make things even better, these monitors are being packaged with Nvidia Shield.  This will let you gain an instant connection to sites like Netflix, Amazon Video and even Youtube, enjoying them at up to 4K resolution.

Are Any Big Format Gaming Displays (BFGDs) on the Market?

As we mentioned, these monitors have been shown to the public at CES 2018.  Nvidia has a few prototypes that they are able to show off, but that doesn’t mean you can go out and order them just yet.  This means that we don’t really have much to go over in the way of exacts when it comes to these displays.

Nvidia has stated that they expect these displays to come out during the summer.  This gives a vague idea, but it also means that the exact timing of the release could be quickly pushed back if the companies come across problems.

The summer expected release date also means that there is no information on pricing for these displays.  Based on what was seen at CES there is speculation that these will be aiming to compete with premium TVs, meaning that the screens could easily run upward of $1,000.  Though we’ll have to wait till the summer to get more information. 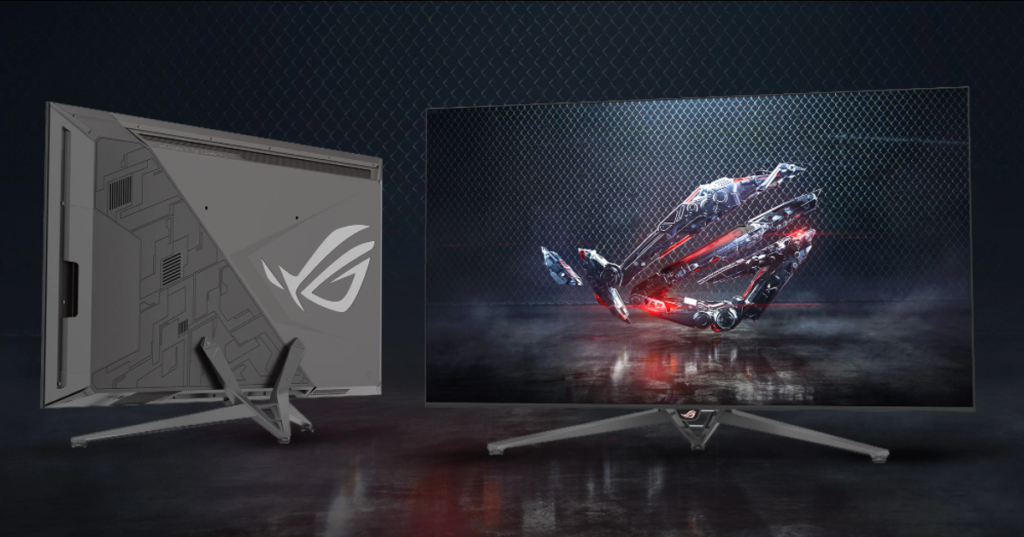 Now you have the information that is out there when it comes to the Nvidia Big Format Gaming Display Monitors.  We’ll have to wait for a few months to get all the particular specifications on these monitors.  Once we have all the information we’ll be able to get a better feeling if these are worth it to replace either flat screen televisions or other PC gaming displays for the high-end gamer.

Finally, we’d love to hear from you!  Are you looking forward to these new monitors coming out or do you feel that a flat screen TV is plenty for your gaming needs?  Let us know what you think in the comments section below.